Italian Court Finds Victim Too Ugly to Be Raped

RUSH: I don’t believe I just saw this, except I’m looking right at it. I got a link here on the Drudge Report. Here’s the headline. It’s from a newspaper website called thestar.com. And here’s the headline: “Italy Outraged As Court Finds Victim Too Ugly To Be Raped.” I have not had a chance to read it. I just clicked on the link. It’s a link at Drudge. Well, there is a picture — no. There’s a picture of the judge from — no. 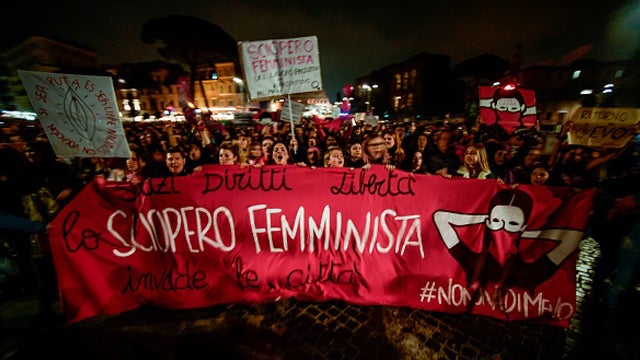 “Italy’s Justice Ministry has ordered a preliminary inquiry into an appeals court ruling that overturned a rape verdict in part by arguing that the woman who was attacked was too ugly to be a credible rape victim. The ruling has sparked outrage in Italy, prompting a flash mob Monday outside the Ancona court, where protesters shouted ‘Shame!’ and held up signs saying ‘indignation.’

“The appeals sentence was handed down in 2017 — by an all-female panel — but the reasons behind it only emerged publicly when Italy’s high court annulled it on March 5 and ordered a retrial. The Court of Cassation said Wednesday its own reasons for ordering the retrial will be issued next month. Two Peruvian men were initially convicted of the 2015 rape of a Peruvian woman in Ancona, but the Italian appeals court overturned the verdict and absolved them, finding that she was not a credible witness,” because she was too ugly to be raped, too masculine to be a credible rape victim.

Well, I mean, I just saw this. I just stumbled across that, my friends.