RUSH: Obama’s tennis coach, the Obama family tennis coach was among those charged in the college admissions scheme. Did you know this? (interruption) You didn’t know that. “The Obama family,” which was famous for having no money, like the Clintons were famous for having no money. “The Obama family’s personal tennis coach was among the dozens of people charged [yesterday] in a sweeping college admissions bribery scheme. Gordon Ernst — who once taught former first lady Michelle Obama and her daughters, Malia and Sasha — was accused of conspiracy to commit racketeering when he was the tennis coach at Georgetown University. 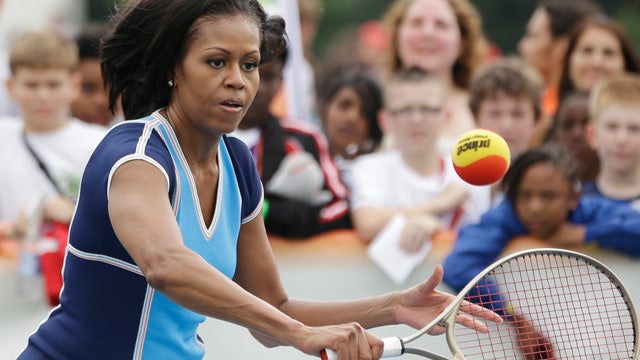 “Between 2012 and 2018, Ernst, 52, allegedly pocketed more that $2.7 million in bribes in exchange for putting at least 12 students on the Georgetown tennis teams, including some kids who did not play the sport competitively.” Well, hell’s bells, that happened all throughout this. I mentioned yesterday that I think one of Lori Loughlin’s kids (might not be) specifically was on the crew team at USC and had never done crew, didn’t even know what crew was.

But as part of the admission, she was a crew enthusiast. We found out later some people speculated, “These poor kids; they had no idea. It’s such a…” BS they didn’t know! The hell they didn’t know! They’re being asked to pose for pictures as athletes in sports they don’t participate in. In some cases, their faces were Photoshopped on the bodies — the sculpted bodies of Adonis-type athletes — to make it look like they were participants in whatever sports it was said that they were proficient at.

Now, I don’t think I know the guy, but he is the admitted mastermind of the $25 million scheme. In a statement, Georgetown said it was deeply disappointed and was cooperating with the federal investigation. After being fired from Georgetown in 2018, the Obama personal family tennis coach was hired by the University of Rhode Island. That school placed him on administrative leave yesterday. And it was while he was at Georgetown that he coached the first family, according to the Providence Journal.

Now, now, now, it says here there’s no suggestion, none whatsoever, wipe it out of your mind, that Malia Obama, who is a sophomore at Harvard, was implicated in the scam in any way. Perish the thought. Don’t even go there, you dirty, stinking minded people. The Obamas are not that kind of elite. A federal judge in Maryland has agreed to free Gordon Ernst on $200,000 bond. I’ve got the list of people. 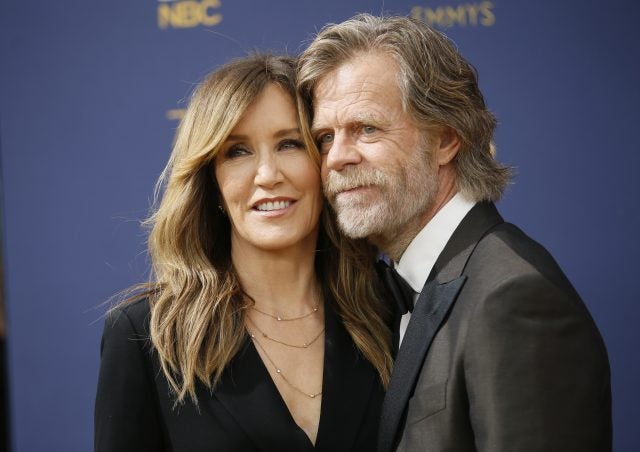 You know why William Macy was not charged? By the way, he’s up to this to his eyeballs, but you know why he wasn’t charged? It’s because all they’ve got on Macy is a couple of lines with him on the phone with Singer saying (imitating Macy), “Okay. So we’re talking Georgetown and we’re talking this and we’re talking that. You got it. You do this, you –” It was his wife that did all the dirty dancing on the emails and promising this and making the — so Macy is gonna skate.

They don’t have really enough evidence because Macy didn’t do anything but have a couple of phone calls here and there. But I’ve got the list of people here. Let’s see. There’s three groups. College athletics, college admissions and school administration, and parents. And I’ve got the parents. There’s one guy here, William McGlashan.

Now, I wouldn’t know who this guy is if I didn’t read tech blogs. William McGlashan is an executive at TPG Growth. It’s a private equity firm, Silicon Valley. You know what his reputation is? He’s chief ethicist. I’m not kidding. He has a reputation as chief ethicist for startup and seed money, venture capital. And he’s one of the parents that participated. Yeah. It’s terribly disappointing, isn’t it?

But the list of people, there’s 50 people here. I’m not gonna go through all the names. You wouldn’t know any of them other than the actresses that have been named so far.