What a Crock! Senate Republicans Are Full of It on Trump’s National Emergency 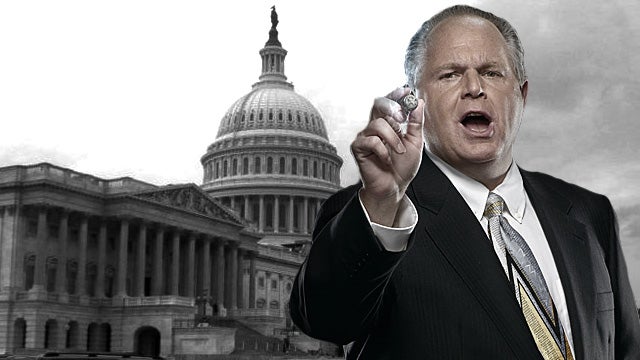 Somebody explain to me how it is that the president has the power to tell an American company to ground one of its products. “I, Donald Trump, am telling Boeing that they’ve got to put the 737 Max on the ground. We gotta ban the thing, we’re gonna ground it.” But when it comes to the border, when it comes to declaring a national emergency, somehow the president does not have the power and authority to shut down the border through an emergency declaration? Somebody want to explain to me why that is?

RUSH: Now, the Drive-By Media is so excited, they just can’t wait for it because the Senate is going to rebuke President Trump, they say. Right here from TheHill.com, “Senate to Rebuke Trump On Wall – The GOP-controlled Senate is poised to pass a Democratic resolution Thursday blocking President Trump’s declaration of a national emergency to build a wall on the Mexican border.

“Talks within the GOP conference to avoid an embarrassing rebuke for Trump collapsed Wednesday, and Sen. Mike Lee (Utah) joined four fellow Republican senators who have already said they will back the measure.”

Folks, it isn’t a big deal in the big scheme. You know why? Because they don’t have enough votes to override Trump’s upcoming veto of this. I saw Romney on TV, Romney was talking, “I am really worried that passing this will give future Democrat presidents an opportunity to behave outside the Constitution, and I say we’re –” you ever heard of Barack Obama? And the Republicans didn’t do anything to stop him when he did it.

You know, presidents are gonna take power any time they can get it. And if nobody’s gonna stand up to ’em like nobody stood up to Obama, then they’re gonna get away with it. The battle for power between the executive branch and the legislative is legion. It’s designed in the Constitution, separation of powers. We are supposed to be distracted by this argument over power. 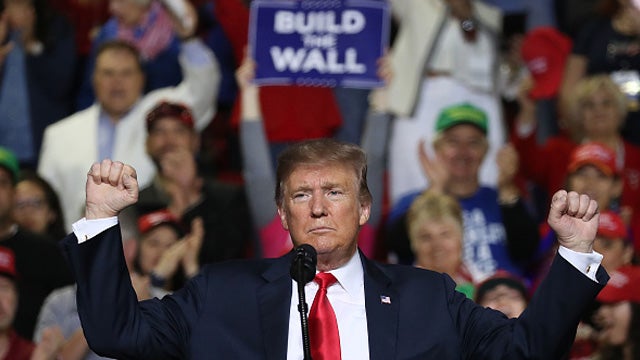 The founders of this country didn’t want this government passing laws every day. The more they could be tied up arguing with each other over who’s got the power to do this, the better. The real problem in our country is not that. The real problem in our country is how much power Congress has willingly given away to bureaucratic agencies in the executive branch, the quote, unquote bureaucracy or the administrative state.

But the bottom is this is a bunch of Republicans who are taking positions here that they can campaign for reelection on, knowing full well the president’s gonna get his national declaration of emergency. You know why? ‘Cause they don’t have enough votes to override. He’s gonna veto this, and they can’t override the veto. So he’s gonna end up with his declaration of national emergency.

But you’re gonna have these Republican senators who are gonna be able to go back and campaign, “I voted against the expansion of presidential powers. I voted against presidents being able to violate the Constitution. You should reelect me because I –” that’s what they’re doing. Now, the media is portraying it as a rebuke of President Trump. And, look, there may be some of that.

I know there’s some Republicans in the House and Senate who still hate Trump, don’t like Trump, would love for Trump to be defeated and move on. But this is not the gigantic, humongous, disrespectful rebuke that the media wants you to think it is, because there’s not going to be 67 votes in the Senate to override Trump’s veto. So he’s gonna veto this. They can’t stop that. So in the end he’s gonna get what he wants, if indeed that is what he wants.

TILLIS: So, today, I come to the floor to say that I do not intend to vote for the resolution of disapproval and here’s why. A lot has changed over the last three weeks. A discussion with the vice president, a number of senior administration officials, a lot of collaboration with my colleague from Utah that’s a serious discussion about changing the national emergency’s act in a way that will have Congress speak on emergency actions in the future. 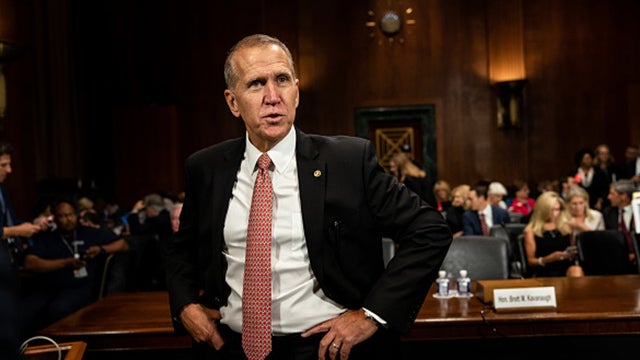 RUSH: So Thom Tillis has changed his mind and is not going to vote for the resolution of disapproval. I’m telling you there’s more of this happening. These Republicans that are voting against Trump are hearing about it, Tillis heard about it, plus his conversations with others.