What the President Told Joel Rosenberg About His New Book 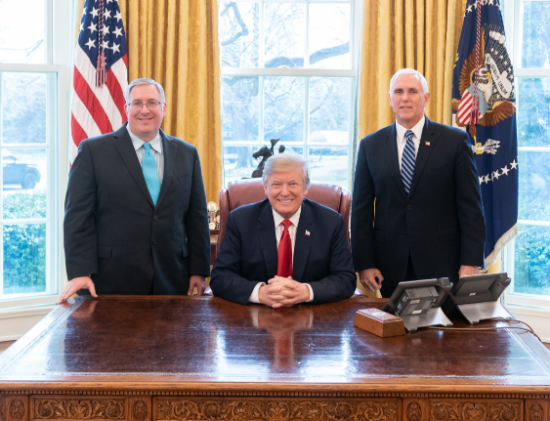 RUSH: We just ran a commercial for a new book out there, The Persian Gamble. It’s by Joel Rosenberg. Joel Rosenberg was on the original staff of The Limbaugh Letter many, many moons ago. He has now branched out. He’s become one of the greatest thriller mystery novelists in the country, as well as becoming an expert on American Middle Eastern policy, and he’s got a new book out. It’s called The Persian Gamble. That’s what the commercial was about. But I wanted to tell you a story. He met President Trump last Thursday for the first time in the Oval Office.

Now, Joel was a Never Trumper. Rosenberg was a Never Trumper at first. But he changed his mind the Thursday before the election. He had a chance to tell Trump about this and tell him how much of a pro-Trumpist he’s become, and he told him about the book. He said, “Mr. President…” He brought an advance copy to the president of The Persian Gamble, and if you’ve not read a Joel Rosenberg novel, you really… Folks, we’re so proud of him here. They’re just excellent. They are just top drawer.

And this latest one, The Persian Gamble, Joel told me that Trump asked him to summarize it for him. So Joel said to President Trump, “What if…? Here’s your summary, sir. What if the Iranian regime took the $150 billion that Obama gave them for the insane nuclear deal and then secretly went to North Korea and tried to buy fully operational nuclear warheads off the shelf?” He said that Trump’s reaction was, “Well, how do you know that they’re not doing that already?” 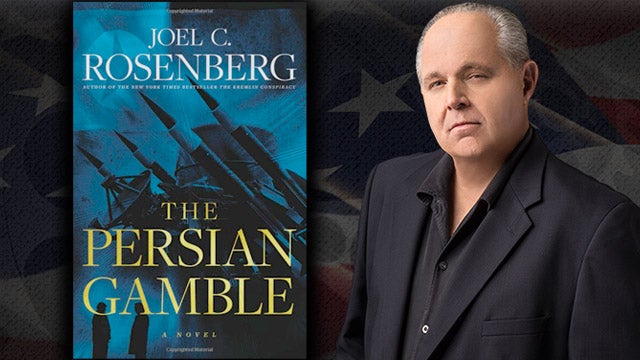 Joel’s novels are predictive. He predicts policy — what he thinks is going to happen policy-wise and on the ground — in the Middle East and particularly with American foreign policy and nuclear policy. So he’s actually positing a theory here that the Iranians perhaps are in league with the North Koreans and buying nuclear weapons with money Obama gave them. This is something that Joel believes is possible. He doesn’t know that it’s happened. He has woven it into the novel, and it’s fascinating. It’s called The Persian Gamble.