RUSH: Here is Jeff in Florence, South Carolina. Great to have you on Open Line Friday. Welcome, sir.

CALLER: Retired U.S. Navy dittos. It’s an honor to speak with you, sir.

RUSH: Thank you, sir. Great to have you here.

CALLER: The reason why I am I’m calling is I’m gonna be attending a ship’s reunion here pretty soon, and our commanding officer was a big cigar smoker, and I was wondering if you had a recommendation of a good quality cigar that would be befitting of CO, and then maybe something mild that we would get for the rest of crew, like maybe your occasional smoker would enjoy?

CALLER: Can you help me, sir?

CALLER: I think back in the day it was Montecristos if I’m not mistaken.

RUSH: Montecristo. Do you know if they were from Havana?

CALLER: I do not. I know when the ship would pull into foreign ports where they wasn’t the duty stuff where you could pick up the Cubans and stuff like that, he would get boxes and bring ’em back on board.

RUSH: That’s fine. As long as… Back then, as long as… You can bring ’em in now. It’s legal to buy them and bring them in. You couldn’t back then. 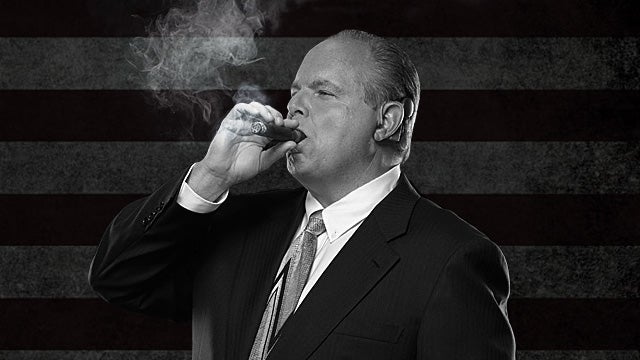 RUSH: Well, you can’t legally buy a Cuban cigar in the United States, but if you know somebody who is traveling internationally where Cubans are sold, you can ask them to pick a couple up. They can legally bring them back now. So, if you wanted to try to get your CO a Montecristo No. 2, I guarantee you that that’d be most appreciated. But, other than that, I would suggest for your CO — and, by the way, for all of you people in the cigar manufacturing business, this is a situation where I can’t mention everyone, and I don’t want to make any enemies here.

But if you want to go mild for everybody else, get something by Ashton Virgin Sun Grown any size. But I’d get a decent size cigar, at least a 47 ring gauge and get something at least… Maybe even 52. Get a Robusto size, but get something seven inches long that’s gonna last awhile so you guys can have a good time doing this. You don’t want these cigars to go out in 10 minutes. For your CO, I would try… If you want a cigar that’s got a kick to it, try to find Fuente Fuente Opus X, or Opus “10.” It looks like a “10,” but it’s Opus X.

It’s the only cigar in the world grown outside Cuba where the binder and the filler and the wrapper are grown in the same soil. Outside of Cuba it’s never been successfully done anywhere except by the Fuente family in the Dominican. Short of that, try the Fuente Don Carlos. There are three different sizes. One of them’s the “No. 2.” Then they have a Corona size, Double Corona size, about six inches, but those are cigars that will pack a punch. You can also look into the Padron from Nicaragua.

Padron Cigars — and those have a good kick to them, as do the Olivas. Oliva had the Cigar of the Year two years ago in Cigar Aficionado magazine (one of my all-time favorite magazines), and they come in a number of different shapes. But if you find Padron, Oliva… Ashton Virgin Sun Grown is your mild one. If you really want to go mild, go domestic Montecristo. Not Havana, but domestic Montecristo. That’s a good starter and mild cigar. But, for your CO, Fuente Fuente Opus X if you’re not able to get him a Monte No. 2 from Havana. 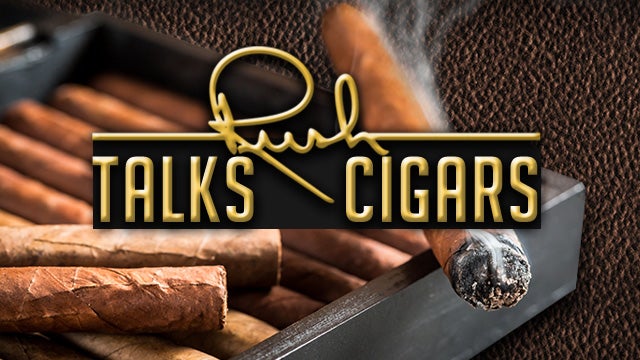 CALLER: Thank you so much, sir. I appreciate it.

RUSH: You’re welcome. By the way, there are… I could not stop listing brands here. I am not really picking favorites. It’s just I can’t mention everybody, and there are… Like, Rocky Patel has some absolutely… You know, you might want to try getting an assortment. Get some Padrons (Nicaragua), get some Olivas (Nicaragua), get some Rocky Patels, get some Fuentes, and get some Ashtons. Have a mixture of them, and I guarantee you you’ll have a cigar in that mix that somebody is gonna like.

Everybody’s gonna like one of the brands. Snerdley’s favorite is the Padrons. We’ve got a special humidor. Did you see after the Super Bowl, Mr. Kraft fielding this gigantic humidor in the locker room for the team? He had sent it last year, but they lost to the Eagles. So, he had to keep the box, the humidor, and he brought it out for when they won in Atlanta. Well, we’ve got the same thing here.

You’ve been smoking the same cigars that the Padrons sent the New England Patriots. We’ve got that same humidor out there on our living room coffee table. And I tell you, they are Snerdley’s favorite, the Padrons. See, this is the thing. Cigars are like anything else: Everybody has their own individual favorites, and there’s no right or wrong in it. But with that selection of brand names, you’ll hit a home run with virtually everybody at your bash, I guarantee you.