Brace for the Meltdown When Trump Gets Reelected

RUSH: The liberal crackup and meltdown is continuing. We’ll have evidence for you as we share with you audio sound bites from CNN over polling data that is really good for President Trump. Like I told you yesterday, these people — in fact, folks, I’m gonna tell you something. We need to start planning for 2020. 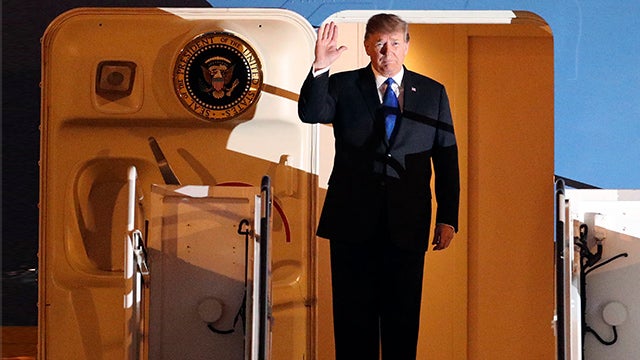 We need to start getting ready for what is going to happen when and if Trump is reelected. I don’t think we can even imagine the meltdown. And I’m not trying to jinx anything here. Don’t misunderstand me. I’m not counting my chickens before they’ve hatched or whatever that is. I’m just considering the possibility.

As I discussed yesterday, the left has thrown everything that they have at Trump, and it isn’t destroying him. They’ve done some damage, I’m not denying that. His approval numbers would be approaching 60% in what we used to consider a normal media environment. So they’ve succeeded in keeping his numbers down around the mid-40s to around 50, depending on the poll. But they haven’t even come close to destroying the guy, and they’ve given it everything they’ve got.

They’ve got it in their heads that they’ve already won 2020. You can see it in their media, you can hear it in the Democrats. It’s just a matter of time. Just like 2016 was. Just a matter of the calendar falling and the dates coming and the election happening. And because they’ve got themselves convinced that everybody in the country hates Trump as much and like they do. And they create these little fantasy universes in which they live, and they operate day in and day out in those fantasies.

So when 2020 comes and if Trump is reelected, I don’t think we have any idea what their meltdown is going to be like. I’ve been trying to imagine it, discussing it with some people, but I’m serious about this, what they will do if they lose again. Because of the psychological circumstances they are creating for themselves now, that 2016 was a fluke, an aberration, Trump cheated, it was a fraud, Hillary should have been elected just like George W. Bush cheated to win in 2000. It’s not gonna be pretty.

RUSH: The news continues to be seen that the economy is roaring, that even experts are now proclaiming that Trump’s tariffs on China have worked. You will hear in moments coming up on CNN the economic news, this great economy continues to be ignored. Food stamps are now at almost record low, the number of people no longer needing food stamps. Now, how’d we always define conservatism? How’d we always define compassion? Compassion, as we conservatives define it, is not by counting up the number of people on welfare and saying:

“Boy, look how big-hearted we are!”

We define compassion by pointing out the number of people who no longer need welfare or assistance payments, and food stamp payments are continuing to plummet under Trump. There are now one million more job openings than there are unemployed people! But we don’t hear about any of that. We don’t hear about the massive murder by Muslims of Christians worldwide. We’re not hearing about the health of Ruth “Buzzi” Ginsburg.

We’re not hearing about massive riots still going on in France, the yellow vest riots, on a daily basis. They are protesting what? High taxes on gasoline. They’re protesting what governments will do if people end up supporting climate change. There’s no reporting on that. No reporting whatsoever on the high elected officials in Virginia who support baby killing and abusing women — the governor, lieutenant governor. That story has been completely buried. It has gone away. The massive, great approval rating the new governor of Florida has? That is being ignored.