The Lowdown on McCain’s Obamacare Vote

RUSH:  Trump and McCain.  This issue continues to expand and grow, and I’m gonna cut through all of the Twitter clutter and give you the nub of what’s going on here.  Yesterday in a series of tweets, President Trump told the story of how John McCain screwed over the entire country when he failed to vote to get rid of Obamacare, the repeal and replace of Obamacare.  He said that it was a last-minute thing after many promises that he would vote with the White House.

Well, Matt Schlapp and his wife Mercedes… Mercedes is in the communications shop of the White House. Matt Schlapp runs CPAC. At the time, Matt Schlapp was the key White House guy counting votes on this issue.  Every president, every White House, every West Wing has a guy that stays in touch with Capitol Hill — a liaison — that keeps the West Wing informed on the status of legislation the White House is interested in, kind of like a presidential whip.  Not out there actually whipping votes, but he is the vote-counter. 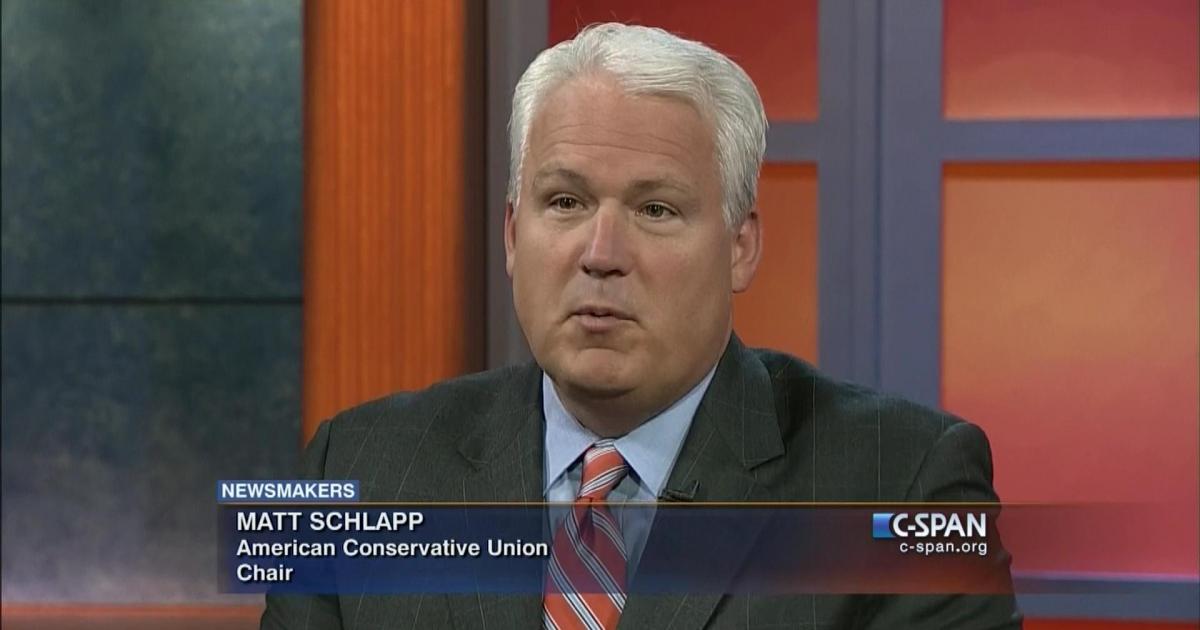 He’s in touch with the whips.  He’s in touch with the Republican leaders in the Senate and the House, and he knows how who is going to vote, and it’s up to him to count the votes, and he reports to the president what the latest is.  Matt Schlapp told a reporter that somebody might want to fact-check what Jimmy Acosta is saying, because Matt Schlapp says that what Acosta tweeted isn’t true.  Matt Schlapp said, “McCain met with me in my office and pledged to support every version of repeal and replace and said he would lead the charge.

“Everybody was worried he would flip-flop when it mattered, and he did.  He did on the flight to Washington.”  Schlapp says, “Acosta, I was tracking Senator McCain up until the vote, and everyone was told that he was solid on his vote against Obamacare, but all of us knew that McCain was unpredictable.  None of us, including the president, are lying about this.”  So Matt Schlapp is putting his reputation out there, assuring Acosta that whoever is talking to him is telling him falsehoods.

That McCain had assured the White House over and over again he was gonna vote to repeal and replace, but that they always knew he could change his mind because he was McCain.  So on the flight to Washington is when Schlapp found out McCain had changed his mind (if he was actually ever be truthful with him in the first place) about the intent of his vote.  Now, of course this doesn’t satisfy Acosta.  Acosta thinks everybody but him is lying and so forth.  So given all of this, you can understand why Trump and Matt Schlapp and everybody else in the West Wing would be livid.

McCain, according to them, led them to believe he was a solid vote to repeal and replace Obamacare.  He had campaigned on it!  He had made a big deal out of how bad he thought Obamacare was.  But then he comes in and at the moment of truth, he’s the last vote, gives his famous thumbs down, and kills the repeal. And Trump feels like he was lied to, misled, and what have you.  So now there’s all kinds of news stories about the feud between Trump and McCain.

Washington Post:  “‘The McCain Family Deserves Better,’ Republican Senator Says as Trump Continues to Lash Out.”  “The McCain Family Deserves Better.”  From TheHill.com:  “Anderson Cooper Blasts Trump Over McCain Attacks: ‘He’s Punching a Person Who is Dead.‘”  This is from CNN, by the way, running and promoting a documentary called Tricky Dick.  Do you know why they’re doing that? Do you know what MSNBC is doing? (interruption)

Snerdley, you may not know this.  Do you know that MSNBC on Saturday and Sunday — like from 8 p.m. to 6 a.m. — is running never-ending repeats of All the President’s Men?  (interruption) Oh, yeah. They’re running the movie of how Woodward and Bernstein got rid of Nixon.  They run this so that their audience can get set up for the impeachment of Trump, and now CNN has got this series called Tricky Dick, which is designed to get their audience prepared and set up for the impeachment of Trump.

Romney has knocked Trump over his McCain criticism. (impression) “How dare you criticize an American war hero who died?  How dare you do this?” and then, not to be outdone, James Clyburn of the Congressional Black Caucasians has chimed in that “Trump and His Family Are ‘Greatest Threats to Democracy of My Lifetime.’” Trump and his family are the modern incarnation of — wait for it — Adolf Hitler.