RUSH: Okay. Let me try to make my point about this. I may fail here. But I’m gonna give this a shot. First from the Wall Street Journal. “Florida Prosecutors Offer to Drop Charges Against Patriots Owner Robert Kraft.”

New England Patriots owner Robert Kraft was one of more than two dozen men charged with solicitation last month in Jupiter, Florida, but in an unusual provision the agreement also calls for the defendants to review the evidence in the case and agree that if it were to go to trial, the state would be able to prove their guilt. 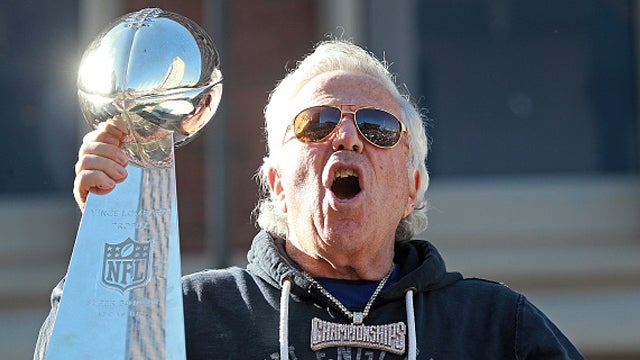 So the state has offered, not just Mr. Kraft but other men in this case — there are 25 of them — we will drop the charges against you if you will acknowledge that you did it and that if you’d gone to trial we would convict you. Do you know what people’s reaction to this is? Who do these law enforcement people think they are?

Now, stick with me on this. People are thinking, “My God, what are they trying to pull off here?” Look, you either drop the charges and that’s it, but what is this drop the charges on the condition that they admit that they were guilty and would have been found guilty?

New York Post: “’Absolutely No Way’ Robert Kraft Will Take No-Plea Deal in Prostitution Case — Sources tell us that there’s ‘absolutely no way’ Patriots owner Robert Kraft –” and, by the way, I can’t read what the New York Post actually printed here. I just can’t do it. I mean, I could, but it would be unnecessarily offensive.

This kind of goes to the point that I’m gonna try to make here. Absolutely no way Patriots owner, an accused recipient, Robert Kraft, will take the no-plea deal that Florida prosecutors are offering in his case.

Palm Beach County state attorney’s office says, “This is a standard first-time offender plea offer.” Nothing unusual here. “The office extended the offer to 24 other men arrested in the case, but no one has accepted it so far. Kraft and the other accused johns would also have to submit to an STD test –” For those of you in Rio Linda — sorry. You probably already know what that is “– take a class on the dangers of prostitution, complete 100 hours of community service and pay $10,000 in court fees,” while admitting you did it and that, if you went to court, that you would have been convicted! This is throwback stuff.

For everybody saying, “My God, these prosecutors, this is out of control. This is nothing but embarrassing. This is humiliation,” I want you to try to remember — maybe you can’t, but there was a time where this kind of behavior was shameful, it was embarrassing, and part of the drill was the continuing public humiliation over getting caught and engaging in this.

But in our culture, of course, this kind of shame no longer attaches, and this kind of humiliation no longer attaches and, in fact, law enforcement is savaged and accused of being overzealous. But before the era of defining deviancy down, this — maybe not exactly like this, but this is the kind of news coverage that attached to this kind of behavior. Whether you liked it or not, whether you thought it was excessive or not, this is almost a throwback.

You go back 50 years, go back 30 years, have an NFL owner caught up in all this. And people have said, “How come they’re doing this to Kraft?” It’s a great question. You would think Bob Kraft, owner of the New England Patriots, Mr. Philanthropy, if anybody gets a deal from law enforcement, it would be this guy. But no, they’re doubling down on the humiliation and the attempted punishment.

RUSH: Now, back to the Robert Kraft business, for not just him, but all these people that have been caught up here. He has been named because he is obviously the one with the greatest notoriety.

Now, the conventional wisdom on something like this is here is the owner of the New England Patriots, he is in Boston, he is Mr. Philanthropy. His reputation is impeccable, and it’s been earned and deserved. Six-time winning Super Bowl championship football team, one of the greatest organizations in the NFL. 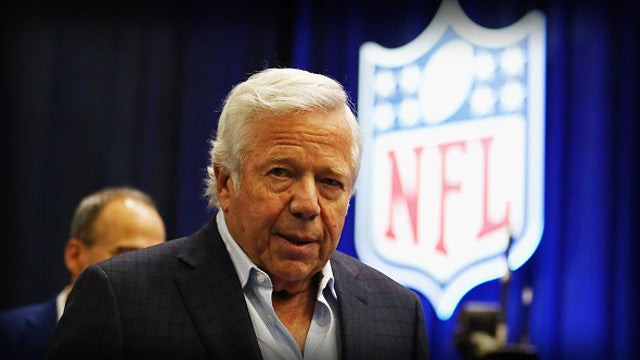 And people are saying, this doesn’t happen to people like that. And yet here it is. So why, why do you think it is? And I’m trying to tell you that since we often discuss the nation’s moral code and the devolution, the deterioration of that moral code, I don’t know how far back in American history you have to go, but there was a time when this is the way, this was normal.

No matter who you were, if you got caught in something like this, any kind of crime, it was a shaming and shameful experience. And it did do damage to your reputation, and you immediately took steps to apologize and admit it and ask for forgiveness and so forth. And it’s the exact opposite now.

Now people’s attitude, well, these law enforcement guys, man, man are they overreacting. What do they have against Kraft and so forth. And then people say, maybe it’s the fact that they’re Dolphins fans — not that — maybe it’s just everybody hates the Patriots because they win too much. And you can’t rule out any of these things.

And this is what I may not be communicated as clearly as I would like. By the way, don’t misunderstand. I’m not suggesting going back 50 years where this kind of thing used to be held up. I’m just telling you, in a different era this was a shaming and shameful thing, and it did do damage, in some cases lasting damage to reputations, and that that was the price that you paid for engaging. There were consequences to this kind of behavior.

And a lot of people think that that is what kept the guardrails up, it’s what kept the moral code, the moral fiber intact. Other people will tell you, “Rush, it’s no different today than it’s been then. You had the same kind of behavior then even before than you’ve got now, it really isn’t any difference. The only difference is media, Rush. We didn’t learn about it as much back then as we do now.”