RUSH: Runaway pigs on I-70. Did you hear about this? Three thousand piglets are on the loose after a crash on I-70 in Illinois. Runaway pigs causing a major, major distraction. Troopers urge drivers to be cautious while they corralled the runaway pigs. 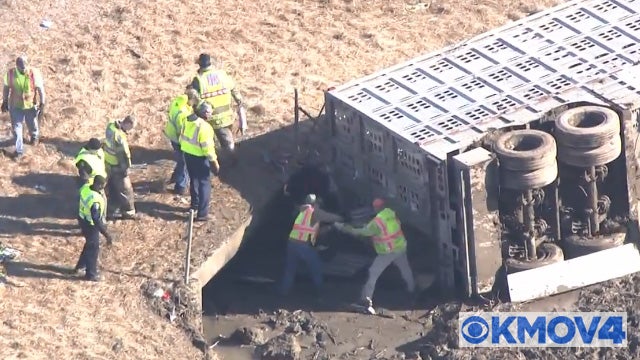 “If you were traveling along Interstate 70 in Cumberland County Friday morning, you probably saw the scene. Nearly 3,000 piglets were on the loose in the area between Casey and Greenup near mile marker 127. The piglets got loose after a crash. Troopers urged drivers to be cautious.”

No other details on the crash have been released. I assume they’re gonna corral these runaway pigs and everything’s gonna be fine.