What’s Your Favorite Car to Drive?

CALLER: Hello there, Rush. How are you doing today, sir?

CALLER: I have a question I’ve been waiting to ask you for probably 10 years now, and I’m finally getting through to you on Open Line Friday.

CALLER: What is your favorite car to drive of all time, and why?

RUSH: Whoa. Oh, man. This is a tough question to answer, but I’m just gonna answer it. My very first car was a 1969 Pontiac Le Mans four on the floor. It was a stick shift. It was royal blue with a white vinyl top and white interior and a walnut shift knob, and I remember ordering all those things. It was a first car. I couldn’t afford a GTO so I had to go to Le Mans. Same body style as the GTO back then. Just didn’t have as big an engine and didn’t have as great an accessory package, but I remember that car because it was my first one, drove like a dream.

But the actual best car that I have ever driven, the finest ride, without comparison, nothing is close. I haven’t driven every car out there by any stretch, but the Mercedes Maybach 57S, the second year that that car came out, they’ve stopped making it some years ago, but I kept it because of that.

I have never driven a car that quiet. I have never driven a car that solid. This car was near 6,000 pounds, and it’s zero to 60 in under four seconds. It’s just unbelievable. The acceleration of this gigantic four-door sedan was just unbelievable. The problem with the car is that when they introduced it, the electronics, the dashboard, was four years old, and they never upgraded. It doesn’t have Bluetooth in it, for example.

CALLER: Oh, that’s two quite just outstanding cars on different ends of the spectrum. And I really respect the first one. It’s a Pontiac. That’s really American there.

RUSH: Well, of course, first car, bought it myself. It was always special. But I’ll never forget it because it stunned me. It was not an automatic. I had to learn how to drive a stick, which I already knew how to do that, but it was just solid. It was also quiet. There were no rattles. The acoustics in it for the radio were just astoundingly good.

CALLER: Hmm. Well, I really appreciate you taking the time to answer my questions, sir.

RUSH: I’m curious why something like that would interest you?

CALLER: It’s in my garage underneath a tarp. I still own it. That car got me from Columbia, South Carolina, to Houston, Texas, in a little over 10 hours when I found out that my mother was ill, and for that reason I’ll have that car for the rest of my life. 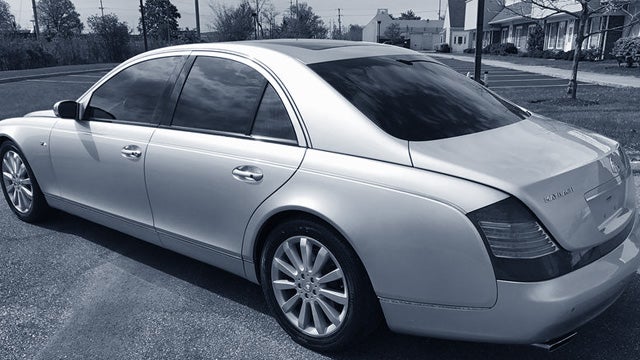 RUSH: Fascinating. See, we all have attachments to our cars that are personal and sometimes beyond explanation. I have driven – look, I’m a big guy, so I like quiet comfort. And so the bigger the car, the quieter, and the peppier. Don’t misunderstand.

But I’ve driven my share of sports cars too. They of course drive completely differently, but that was the thing about this Maybach. I mean, the acceleration this thing has despite weighing what it weighs blew me away. And it would blow you away too.

CALLER: Oh, I’ve seen videos on ’em. They’re outstanding. But one thing I want your listeners to understand, is the reason I have the feelings I have, you have the reasons you have, and they have the reasons they have on their car, is because God sent us the nectar called oil. And I hope for the next hundred years Americans are making dreams behind the wheel of cars ’cause we have a beautiful country, and it’s really the only way to truly see it.

CALLER: Have yourself a great weekend, sir. I appreciate your time.

RUSH: Well, thank you for calling. It’s great to have you as well.

RUSH: I didn’t even know what a Maybach was until Snerdley came in here and told me about it. He was at the Mercedes dealership looking for a new SL65 or something. He came back and said, “There’s a car that’s just you. You just gotta get it.” I said, “What is it? He said, “‘May-back’ or something like that.” So I looked at it, and I said, “Whoa!” So I went out there and took a test-drive. I couldn’t believe it. I literally could not believe it. I still haven’t found anything that approaches it just in terms of the quietness and how solid the drive is. It’s so smooth, all that. No bumps.

“Potholes, what are those?”

RUSH: A minor correction. Snerdley wasn’t buying a new car at the Mercedes dealership. He was getting his SUV serviced. He was picking it up, and he saw this thing in the showroom, and he came back. He was just telling me because it was a big car. (interruption) Ah, it was… Yeah, it was a pretty car, no question about it.