And They Challenged My Patriotism for Hoping Obama Would Fail

RUSH: Here is Steve in Pinehurst, North Carolina. Welcome, sir. Great to have you here.

CALLER: Good afternoon, Rush. Thanks for taking the call. In the first hour, you apologized for being so worked up today, but we appreciate your passion. I just wanted to ask you: How do you feel personally today? Not as an average citizen, but as someone who was very much called into question for saying you hoped Obama would fail, but now today you see these same people publicly lamenting the news that a president did not collude with Russia?

CALLER: It really is.

RUSH: Yeah, you’re right. Those people were questioning my patriotism. “How dare you hope he fail? That’s like hoping America fails! This is not done. This is just the depths to which the right has sunk, that their leading voice is hoping the country fails.” Well, they knew they were lying about me when they were saying that. They knew that’s not what I meant, but they were going after me anyway. Now the very same people accusing me of no patriotism are sad — they’re unhappy — that Trump is not a traitor.

That was a very, very good point. I’m glad you called. You know, it would never have occurred to me to make that point because I don’t look at any of these as being about me. No, I didn’t even make that connection. But I’m glad you did. I guess that’s what they were saying. I guess they were challenging my patriotism. But I always had an answer for that. I never had a moment’s regret about that. It was absolutely true. I was being totally honest about it. 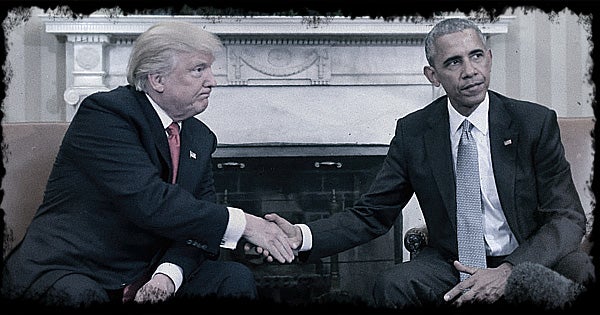 I did want Obama to fail. I didn’t want Obamacare. I didn’t want the Porkulus or any of this other stuff that he was gonna do (sigh), and look what Obama’s given us! Obama’s given us Cortez and all these other riffraff. I mean, they are the children, political children of Obama. You know, a lot of this is Obama. All these people, from Brennan, to Clapper, to Comey — all these people in the Obama DOJ, Hillary Clinton — they’re up to their eyeballs in this.