RUSH: Here’s Jeff in Indianapolis. Welcome. It’s great to have you here.

CALLER: Maha Rushie, what a pleasure. I never —

CALLER: — thought I’d get through. 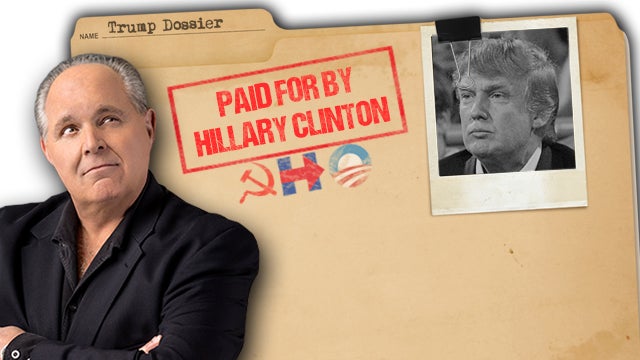 CALLER: I have a little different take on things. I think the insurance policy was the exoneration of Hillary Clinton, not the dossier. If they would have brought some sort of charge against Hillary, even some minor thing, she might have lost to Donald Trump. The last thing they needed was Trump in the White House to expose — he had access to all the classified documents. He could expose this wiretapping, which he did obviously anyway, but they needed to CYA. And that’s the insurance policy, was to exonerate Hillary, in my opinion. Not the dossier. Anybody knows that’s fake. I mean, you just look at it, read it a couple times.

RUSH: Well, but — no, no. Precisely the point. Everybody knew it was fake and look how it was used. Look what that dossier accomplished. They got four warrants — well, a warrant renewed four times to spy on the Trump campaign with dossier. It’s in the Nunes memo. The dossier was the basis of a two-year so-called investigation by Robert Mueller. The dossier is all they had.

Now, I want to show you how successful this effort has been. You all know that Chris Wallace of Fox News is a good friend of mine. If you don’t know that, I’m telling you. He is a good friend. I appear on his show twice a year. Whenever he’s here in Palm Beach — well, not every time. Whenever he’s here, if we have time, go out and grab a bite to eat.

He was on Fox earlier today before the program started and they were discussing one of the sound bites that aired with me last night with Bret Baier. And Bill Hemmer was talking to Chris Wallace about the investigation and when it began, and Hemmer’s point was that the dossier formed the basis for the investigation.

And Chris Christie said (paraphrasing), “No, no, no, no. No, I’m sorry, you’re wrong about that, with all due respect. This investigation began in June or July of 2016 with George Papadopoulos. When George Papadopoulos told an Australian diplomat that the Russians had 30,000 emails, that’s when this began.”

Now, folks, this is very hard for me to say because I have tremendous respect for Chris Wallace. I like him. But he is totally wrong about this. George Papadopoulos was told by somebody named Joseph Mifsud and Stefan Halper, both FBI informants, about the Russians having 30,000 Hillary emails.

Stefan Halper called Papadopoulos ’cause he’s a very distant foreign policy adviser, but in the Trump campaign, and said, “We need to you to come over and lecture on something here to the U.K. We’re gonna pay your travel over here and a $3,000 fee for doing this.”

“Great, I’ll do it.” When he got there, Halper and Mifsud take him aside essentially and say, “You know the Russians have 30,000 Hillary emails?” And Papadopoulos, this to him is really cool. He didn’t know any of this. These guys are paying attention to him! Man, being in the Trump campaign, this is cool! After that, they arranged for Papadopoulos to have adult beverages with Alexander Downer, who is the ambassador for Australia, U.K. Or maybe the United States. I forget which. 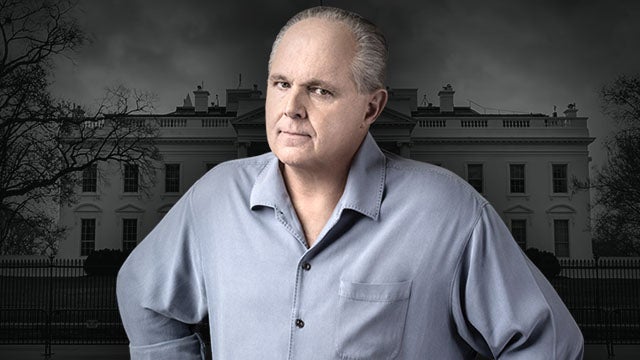 So at this bar in London, Papadopoulos says, “Hey, do you know that the Russians have 30,000 of Hillary’s emails?” How does Papadopoulos know this? He knows this because the FBI informants told him! Stefan Halper and Joseph Mifsud, professor from Malta. So, after Papadopoulos, ’cause man, this is big stuff. Look what the FBI’s telling me, man, I really rate here.

So Papadopoulos tells Downer. You know what Downer does? Downer, one of the five I’s organizations, intelligence agency — Australia, U.K. , Canada, United States and what — five I’s. These are allies. So Downer calls the FBI. “Hey, I got somebody here from the Trump campaign saying that the Russians have 30,000 emails.” They tried to tell us that this is when the investigation began, but it was fettered out by Chuck Ross and a number of other reporters. Papadopoulos was set up.

The FBI told him Hillary had those emails. Then they put him in a drinking session with the Australian ambassador, he tells that ambassador, the ambassador then calls the FBI as though they didn’t know, guess what I just found out? And they tried to say that that was the start of the investigation, but it’s been blown to smithereens. It was another fake, phony attempt at explaining it.