White People — Not the Sun — Blamed for Climate Change

RUSH: Here’s Rick in Silver Spring, Maryland. Great to have you on the EIB Network. Hi.

CALLER: Thank you, Rush. Always great to hear you talk.

CALLER: There are a lot of studies… Go ahead.

RUSH: No, I was just saying “all right.”

CALLER: Yes, sir. Starting in the 2030s, there’s a lot of thought that the sun will go into what we call a “minimum.” There’s much, much fewer sunspots for years, and the earth will go into a cooling period of time — and that’s no matter what we do. I remember years ago, you spoke about how in years past, solar activity was much higher it even melted ice caps on Mars. Now we’re going into a period where it’s getting colder.

There’s no Doppler science or fewer sunspots, and to me seems like they win no matter what happens. If it goes… If the temperature goes down just a little bit after 2030, they can say, “Look, we’re having an effect.” If it goes down a lot, they can say, “Look, we need to do even more,” and if it doesn’t change at all, well, they haven’t really lost anything. They can always claim it would have gotten worse if they hadn’t done —

RUSH: Well, I’m gonna interrupt you only because I’ve got one minute left to react and I want to react because it’s important point. The last thing any climate change or global warming advocate will permit you to talk about is sun, sunspots, sun activity. They do not want to acknowledge the sun has anything to do with the climate. If they were to ever acknowledge that, then they have to admit they’re powerless because we can’t control what the sun does.

Sunspots are sun storms, and it’s a more active sun — and when there aren’t very many of them, then the sun’s output decreases. Not enough to kill everything off. Not enough to go dark. But it does go in cycles, and it’s unpredictable. Well, it’s not totally unpredictable, but it’s not something you could predict sunspot activity tomorrow or the next day. That’s why the prediction is in 2030 that sunspot activity is gonna diminish.

It’s in the process of diminishing now. Do you know that, what is it, Colorado or Denver has had more snow this year than they’ve had the last two years combined? Cold temperatures all over this planet are setting records. The Greenland glacier that they all claim is melting away, isn’t. It’s expanding! So his point is that they want to get everybody on board for 12 years because by the time we get to 2030, it’s gonna start cooling like crazy, and they want to get everything of their beliefs implemented before they are proven wrong. 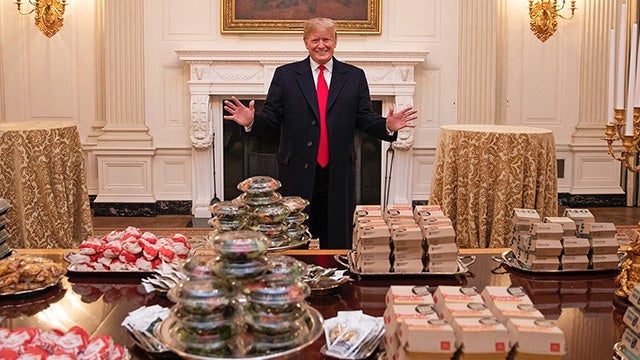 RUSH: And you white pigs know who you are. I’m not making this up. How sick and tired are we becoming of this deal? This is stuff that, 30 years ago, we laughed at, we lampooned it, we satirized. We thought, “Nobody can believe this stuff,” and here we are 25, 30 years later, and not only do they believe it, they are trying to make policy out of some of this. “White people are already accused of hogging the majority of jobs, film roles, and housing — and now they’re getting blamed for eating up Earth’s natural resources, too.

“Caucasian populations are disproportionately contributing to climate change through their eating habits, which uses up more food — and emits more greenhouse gases — than the typical diets of black and Latinx [sic] communities, according to a new report published in the Journal of Industrial Ecology.” Wonder if this place… Do they sell subscriptions? How do these journals of this and the journal of that…?

It’s probably nothing more than a nonprofit with somebody raping the place for their salaries and so forth, and putting a bunch of faxes with logos and the media running with it. But here’s what they say: “Researchers…” (chuckles) Researchers. Scientists, men and women who wear white lab coats at work. They “tracked information from multiple databases to identify foods considered environmental intense.” Yeah. So what databases?

You know, they throw out these tech terms, make it sound way over our heads. We just accept it. They “tracked information from multiple databases.” Well, who put the data in the databases? Where does the data come from? Because, you know, garbage in, garbage out. Anyway, I keep interrupting myself in mid-sentence to react to this lunacy, so I have to repeat myself. I’ll start again and I won’t interrupt.

“Researchers tracked information from multiple databases to identify foods considered ‘environmentally intense’ by requiring more precious resources such as water, land and energy to produce — and, as a result, releasing more greenhouse gases such as carbon dioxide through production and distribution. Potatoes, beef, apples and milk are some of the worst offenders.” Let’s see. Potatoes, beef, apples, and milk.

These are literally things that have kept populations alive for decades. They are now destroying the climate when eaten by white people! “‘The food pipeline — which includes its production, distribution and waste — contributes significantly to climate change through the production of greenhouse gases and requires significant amounts of water and land, which also has environmental effects,’ says Joe Bozeman, a student at the University of Illinois at Chicago, who helped [write] the study.” A young skull full of poisoned mush!

The Environmental Protection Agency… Ah! They gave them the data for the databases. “The EPA provided data on per capita food consumption rates for more than 500 foods groups, including water, plus estimates from the NIH on individual diets. Data showed that whites produced an average of 680 kilograms of the CO2 each year … whereas Latinx individuals produced 640 kilograms, and blacks 600.” But that’s not all. 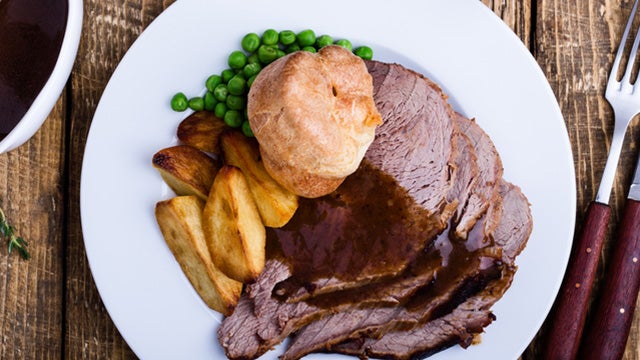 “They also found the diets of white people required 328,000 liters of water on average per year. Latinx used just 307,000 liters, and blacks 311,800.” So again, white people: profligate and wasteful and selfish. “Both black and Latinx individuals used more land per capita” than white people. “Nevertheless, white people still made the greatest overall contribution to climate change.” (laughing) This is absolutely ridiculous, and here it is in the New York Post, and it is presented as legitimate science.

Here’s a quote from the student author, Joe Bozeman. “While the difference may not be enormous, these numbers are per individual, and when you add up all those individuals, it’s very clear that whites are responsible for the majority of greenhouse gases emitted as a result of their food choices.” Man. There’s white privilege, there’s white nationalism, there’s white this, and now there’s white climate change — white food climate change.

You notice these people didn’t examine the amount of gas expelled by whites versus Latinos versus African-Americans after consuming these various different foods, which, don’t you think, would be a factor? But they didn’t go there. There is no end to the guilt that these people will try to heap onto people — and, by the way, I’m gonna tell you something. There are so many white liberals who are magnets for this guilt. They are sponges for it.

They’ll soak it up.

They’ll absorb as much of it as is dished out, and then become soldiers in this idiotic army.