Even though, after I watched that first CNN town hall with these presidential candidates, I did say keep a sharp eye out for Mayor Pete, and the guy’s number three, and he shocked everybody by announcing he’s raised $7 million. He’s 37 years old, mayor of South Bend, Indiana. His dad was an avowed Marxist. 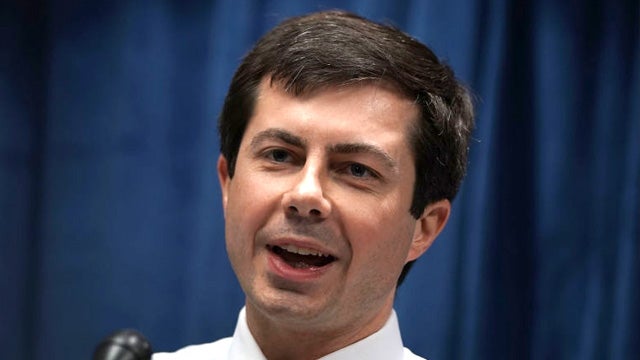 So here you have Mayor Pete as a liberal Democrat socialist believes X, Y, and Z. And here come people that don’t believe X, Y, and Z, Mayor Pete’s view is that they are a threat to his freedom. And he’s not alone.

I think it’s a very useful thing for everybody out there, all of you to try to remember as you keep track of American politics and the left says and does things that just sound completely illogical and nonsensical until you understand how they think. And it’s even risky to say that they think. They are more programmed.

But it’s really helpful to understand these people if you realize that any opposition to what they want, either in a job, a career, or political issue, they think is a personal assault on their freedom. Therefore, they believe that government is the grand entity that should always protect their freedom, even if that means telling you to shut up.

Anyway, she’s interviewing Comey yesterday, and she asked Comey, “Why didn’t the FBI go to these Trump rallies and arrest these people that were saying ‘lock her up’?” She asked Comey, “Do you think the FBI should be able to lock up people or arrest people who are shouting hate speech aimed at Hillary Clinton, ‘lock her up’?”

Thankfully, Comey said it’s not the government’s business to get in the way of what people say. Thank God. It’s this thing called the First Amendment, free speech, political speech. But Christiane Amanpour is demonstrating she didn’t want to hear “lock her up.” People saying that, that’s an assault on her freedom, it’s an assault on who she really believes. Put these people in jail, arrest ’em. This is what they think. It’s how they think.

Freedom does not mean getting everything you want, including the elimination of political opponents or any other obstacle standing in the way, but that’s one of the things they think is a proper government role. So the snowflake movement is born, and all of this speech suppression is occurring on campus because they’re just protecting their freedom.

Presidential candidate and South Bend Mayor Pete Buttigieg said during his interview with USA Today that it is hard to look at the actions of President Donald Trump and think that Trump believes in God. Mayor Pete said, “I’m reluctant to comment on another person’s faith.”

No, you’re not, Mayor Pete. You’re not reluctant, you’re eager. And he proved it. He said, “I’m reluctant to comment on another person’s faith. But I would say it is hard to look at this president’s actions and believe that they’re the actions of somebody who believes in God.

“I just don’t understand how you can be as worshipful of your own self as he is and be prepared to humble yourself before God. I’ve never seen him humble himself before anyone. And the exaltation of yourself, especially a self that’s about wealth and power, could not be more at odds with at least my understanding of the teachings of the Christian faith.”

So you conservatives, according to Mayor Pete, you don’t even talk about what Christ really said, and you put words in his mouth that he never said. And then you go around and you make litmus tests out of something like abortion, Mayor Pete, “thou shalt not kill.”

You say it’s hard to look at Trump’s actions and think he believes in God? How in the world, Mayor Pete, can you or anybody else in your party even claim to have reverence and belief in God when one of the political litmus tests your party requires is the support of and the belief in the killing of babies?