RUSH: I want to go back for just a brief moment. I think there is a third element to the origins of the, quote, unquote, investigation. In addition to the need — and, by the way, this was a serious, serious need — the Obama administration needed to exonerate Hillary Clinton. They had to clear her of all crimes. She’s the Democrat nominee.

Remember, they had rigged the Democrat primary, and I don’t say this lightly. I’m not throwing words around. The Democrat primaries were arranged for Hillary Clinton to win. She was not gonna get sandbagged by an Obama late arrival like happened to her in 2008. It was hers in 2008, and then the Democrat Party decided they liked the thin, suave, half black guy more than they liked her. And she got cheated on again. The most cheated-on woman in America.

When her time came up again in 2016, she and Donna Brazile, everybody, took control of that party along with Debbie “Blabbermouth” Schultz, and they were not gonna let some late arriving, young, new whippersnapper take it away from her. 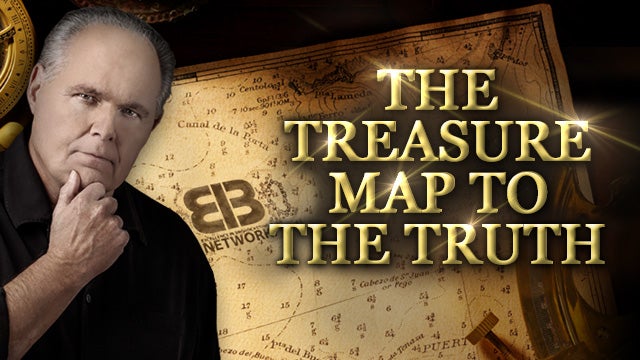 So they rigged that primary system with the superdelegates so that no matter what happened in the primaries — I mean, she had to carry her weight. I mean, she couldn’t get the nomination if she didn’t win anything, but they were gonna make sure that nobody else could get the nomination. So in that sense it was rigged. But they knew that she had been committing crimes. They knew about the Clinton Foundation. They knew that her illegal server was illegal. They had to exonerate her. So that was step one.

Now, they had been looking into Trump since 2015. Ever since Trump started making noises about doing away with NATO and redoing NAFTA, that’s when their red flags went up and that’s when they started focusing on making sure Trump didn’t get anywhere. But as an aside, they had to exonerate Hillary.

Then you throw in the coup attempt on Trump. This is the Steele dossier and everything associated with it, spying on the Trump campaign, Carter Page and all that, the FISA warrant, had to cover that up. And I am convinced that, in large part, the silent coup had two purposes, now three. I want to mention a third.

Get rid of Trump, obviously, then keep him from being elected, then screw up the transition, and maybe get him thrown out of office and reverse the election result, at the same time covering up Hillary Clinton’s involvement in all of it. But there was another thing they had to do. They had to, in addition to covering up her wrongdoing, they had to find a way to also exonerate her for losing. By this I mean they had to find a way that they could all say it wasn’t her fault that she lost. Because look at all of the people that worked on her campaign.

These are from the Democrat Party upper crust of political consultants, of pollsters, of experts. They could not allow for one moment anybody to think that they were defeated by this bumpkin, this Trump guy, this ogre, this embarrassment of humanity. They are the cream of the crop. They are the creme de la creme. They are the piece de resistance. They are the best, and they’re outsmarted by this? No way.

So they also had to construct a story that explained them all losing that had nothing to do with them losing! Ergo, here come the Russians, and here comes collusion, and here comes Trump being a traitor, and here comes Putin, and here comes all of this other stuff, because the Democrat Party at large, the people that worked for Hillary and her campaign, all of these donors, the Drive-By Media — Look. They were promising everybody Hillary was gonna win in a landslide. All of the polling data, all of the news coverage.

This woman was a lock. You had Barack Obama at the Democrat convention during his speech looking out in the audience and saying to Bill Clinton (Obama impression), “Bill, I know it’s gonna be hard to hear, but you and I have to admit something: There has never been anyone, anyone, including you and I, Bill, never anyone more qualified to be president than Hillary.”

I mean, they laid everything on the line for this woman! Smartest woman in the world, most qualified ever to run. Because everybody owed her for keeping Bill Clinton and the Democrat Party in power when she could have abandoned them all when Clinton was cheating on her and doing Lewinskys and all this. 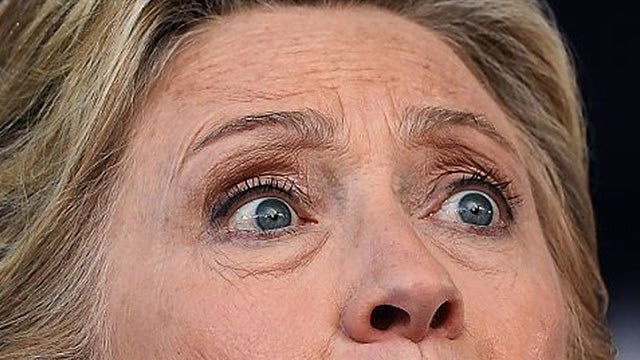 But she hung in there, and she helped ’em blame all that on the vast right-wing conspiracy. They owed her. They had taken it away from her in 2008. They owed her. Everybody was paying her back. They were paying her back with some of the biggest ass kissery that you have ever seen, including all of that ass kissing that went on at their convention.

But they can’t let that be the reason. Because they’re the smartest people in Washington. They are supposed to overcome that. They couldn’t beat Donald Trump? Oh, my goodness, the humiliation. And so also part of this massive collusion with Russia, all of these extraneous explanations for Trump’s victory was to cover up their own incompetence and save their reputations inside the Washington establishment, which is their life and where every perception matters.

The Democrat Party, the upper echelon of political experts who worked on her campaign, the Drive-By Media had to come up with something or someone to blame for losing the White House other than Hillary and other than themselves because this was the biggest humiliating, shocking defeat in the history of their lives.

What was a dead, solid lock, what was going to be the first female presidency in the history of the country, what was going to continue the Obama administration of erasing the American founding, they had it all right there in the palm of their hands, and she went and blew it to that guy? They had to have something or someone else to blame for this.

And so the Russian collusion story had even more energy, because it had even more purpose, and it had a third objective, and that was protecting the reputations and insulating everybody, including Hillary, that had worked on her campaign. They could not, they would not accept the blame for her losing. And, by extension, they had to make sure she didn’t get blamed, because you don’t go blaming the candidate or nobody’s gonna hire you in the future.

So it couldn’t be her fault, it couldn’t be their fault, it couldn’t be the fault of the media. They couldn’t blame them. The media was sycophant on her side. So bingo. Even got the Mueller appointed special counsel to further this charade. All of this that we’ve been through the past two years, two and a half years was ginned up and kept being ginned up for three different reasons. And, in their view, all three equally as important. In fact, it may even be the most important one was protecting everybody’s reputations, including hers, for not being able to defeat Trump.

I can’t describe — you saw their faces on election night. You’ve probably gone book and replayed TV coverage starting about 9 o’clock and laughed yourself silly as it hits these people what’s about to happen. You saw their faces. Hillary couldn’t even show up at her own concession rally the night of the election. Had to send Podesta and his emails out there to cover for her.

They were shell-shocked. They could not believe this! This would be the equivalent of Christians being told there’s no God. They were just almost suicidal over what had happened. And then they had to hustle. And we are paying the price to this day.
So everything they did is now going to be, we hope, investigated.