RUSH: There is fire at the Notre Dame cathedral in Paris, and it looks huge. The wooden roof appears to be on the way to becoming fully engulfed. There was originally just a small plume of smoke that came out of it from a distant photographer, but now they’ve got news cameras in there, and it is massive, this fire at Notre Dame. 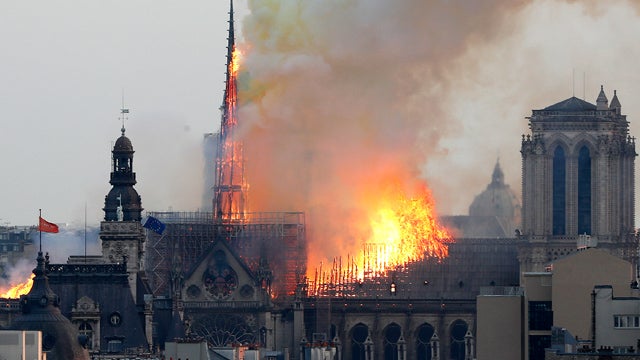 It has preempted coverage of the imminent release of the Mueller report on all of cable news.

RUSH: Notre Dame Cathedral continues to burn. The main spire there has collapsed. That’s one of the identifying architectural aspects of the cathedral. All the pictures that I have seen — and I haven’t had a chance to gaze for a long time at any of it — I don’t see any firefighting. I don’t see any water being sprayed on this — ah. There’s some. There’s some. But not on the main blaze. I guess they’re trying to save other parts of the roof. Looks like it’s a wood roof that’s just going up like balsa.

RUSH: So President Trump has tweeted: Why don’t they fly over the cathedral and dump water on it? Must act quickly. Now, I’m told somebody listening to the top of the hour news on their local affiliate here on the EIB Network, and somebody actually reported French don’t know how to put it out.

And then Fox News just ran a chyron graphic. The French president, this little Macron guy, they quote him as saying, “Sad to see this part of us burn.” Trump said, “Perhaps flying water tankers could be used to put it out. Must act quickly!”

It looked like there was some scaffolding behind the cathedral. Is this a construction accident or – ahem — and if it’s arson, who in the world would want to burn down a Catholic symbol? Has anybody seen — no. Never mind.

RUSH: I just saw a story here. Let me… From March 21st: “Catholic Churches Are Being Desecrated Across France — and Officials Don’t Know Why.” What do you mean, you don’t know why? It’s like saying we don’t know why “some people did something” on 9/11. “Some people did something.” I tell you what. This thing with Ilhan Omar, Pelosi doesn’t know it yet, but she has been totally taken over by Twitter. I made that point late last week. She doesn’t know, but she’s being fooled. These people all are thinking that Twitter is their base — and maybe it is, but I don’t think so.

I’m waiting for eyewitness accounts of this. I hope there’s videotape of the atmosphere choking. Do not doubt me when I start commenting on these left wackos and — you wait. The climate change characteristics of this that they’re gonna make up are — many of them we may not have even heard yet. But to them this is an opportunity to promote the whole climate change motif, if you will. 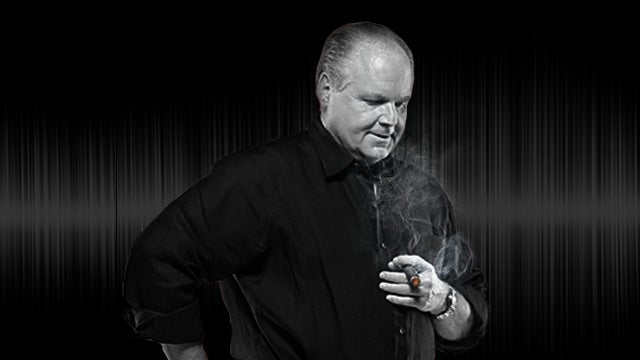 Is France using up all of its carbon credits for the year? I don’t know how they can ever be in balance after this. I mean, in one sense that is checking the atmosphere. All the CO2, the greenhouse gas emissions, Paris might flood because the river might rise because of this. Or maybe this will prevent sunlight from getting into Paris and it’s gonna cool off and maybe it’s gonna help for a while, which would advocate for more fires and more ash. But then the atmosphere chokes, so damn it, no matter what you do to try to save the planet, the planet comes around and screws you!

RUSH: One of the spokesmen for the fire at the Notre Dame Cathedral in Paris was just quoted as saying nothing will remain in the frame. What is this? Airdrop of — they took it away. It was another one of these wacko things. “Airdrop with water could threaten rest of structure.” Airdrops with ash or some such thing. So climate change. Anyway, the spokesman says nothing will remain of the frame. Do you know how much precious artwork alone is inside this cathedral? This is big. It’s amazing.