Another Day, Another Pelosi Denunciation of Her Party

RUSH: Nancy Pelosi is on a junket — I’m sorry, vacation – no, it’s a vacation, slash, junket to the U.K. She was interviewed by CNN’s Christiane Amanpour, and she basically said — this woman every day seems she has to come out and deny the reality of what we all hear every day from her caucus. She was interviewed by Christiane Amanpour during her trip to Dublin. She was asked about criticism of Ilhan Omar for her comments about Israel. 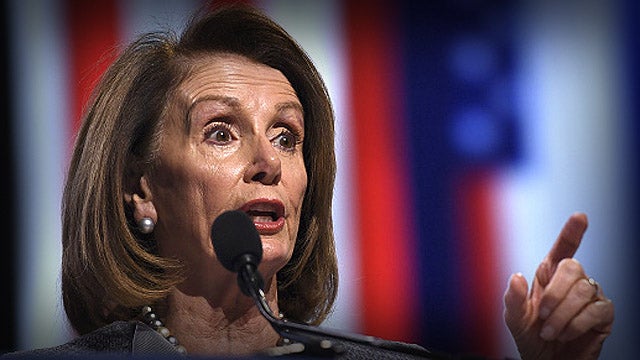 And Pelosi said, “I don’t think that congresswoman is anti-Semitic. I wouldn’t even put those two in the same category.” But Christiane Amanpour said, “Well, she’s being accused of it. Pelosi said, “Well, she’s being accused of it. And the president did that and he was wrong to criticize her.” And then she went on and said, “You know, really, I haven’t heard what she said so I really can’t comment. I don’t really know what she said.”

It’s like Pelosi said we can’t pass the health care bill until — you know, we can’t find out what’s in it until we pass it. And yet she’s demanding to see the Mueller report in full in advance. Yeah, here it is, Pelosi: I defended Ilhan Omar’s 9/11 remarks not even knowing what she said.