RUSH: Now, let’s go to Texas. Go to Dallas. Remember the old thing of Daniel Patrick Moynihan defining deviancy down? Now, this is the kind of story when you hear it you would think that it’s Los Angeles or San Francisco, but this is happening in Dallas. 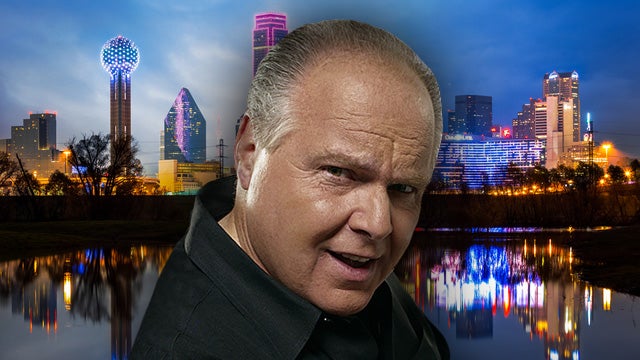 The newly elected Dallas county district attorney, the DA, the Erica Foxx, if you will, of Dallas — isn’t that her name in Chicago? His name is John Creuzot, spelled C-r-e-u-z-o-t like Veuve Clicquot champagne, this is John Creuzot. He’s instituted a new policy. The Dallas County DA’s office will no longer prosecute theft of necessary items valued up to $750. And by necessary items, the DA means consumable goods like food, baby formula, and other products people, quote, unquote, need to live.

The Dallas county DA, John Creuzot, says criminalizing poverty is not good for the community’s health and safety, so he’s not going to go after people who steal personal items up to a total of $750. So he has just granted a license for anybody in Dallas, Dallas County, go out and steal whatever you want up to 750 bucks, you will not be prosecuted, you will not be charged, unless there is evidence that the theft was for economic gain. How are we gonna define economic gain? How are we gonna define that?

So the Dallas DA thinks prosecuting theft is now prosecuting poverty. So he ain’t gonna do it anymore. Can you imagine the criminal community in Dallas? Can you imagine the scams they’re planning? You’re gonna have community gangs of 10 to 20 guys, okay you handle that 750 worth, you handle this 750 worth and we’ll get our whole commune here stocked and we’ll do it every month.

I mean, how many times can you steal say 600 bucks worth of stuff and not get prosecuted. You get to do it every day, you get to do it every month. How often do you get to do this? So they can now rob a business of $750 worth of consumable goods, necessary items, and walk away scot-free even if they’re caught simply by claiming poverty. All right. When does this stuff stop? When does someone come along, reverse it?

We have had rising tide of literal idiocy and stupidity. This is liberalism on parade. It’s worse than that. And you know what, without this guy having said it, you know what the root of this is? Unfairness and inequality and racism is what he would cite as legitimizing this. Slavery, women not having the right to vote, enforced poverty, the unfair representation minorities in prison. All these go-to things. So if you’re in Dallas today and you need 750 bucks or less worth of stuff, have at it. Just have at it, I guess.

RUSH: What have we been saying about lawlessness? Once you normalize it, where does it stop? Crossing the border illegally? No problem. Killing your baby after it’s been born? No problem. Stealing $750 worth of food and necessary items? No problem. So crime does pay. Crime does pay in liberal America 2019.

By the way, I got a note from Louie Gohmert reminding me, as though I needed to be, that the DA in Dallas is a Democrat. (laughing) I didn’t think it was a Republican. He said all the judges too. Dallas County Democrat DA, county-wide elected judges are all Democrat now. You can see it on the map, the red and blue map.