The Coup Against Our President Isn’t Over

RUSH: I want to thank you all again for indulging me here. I can imagine… I hope it isn’t, but I can imagine that it has been frustrating as I go through this story over and over again, the story being that there never was an investigation. You’ve heard me say this in a number of different ways a number of different times for the past three weeks or so. I still haven’t found the ideal way of explaining this that I think is slam-dunk persuasion.

So I keep searching for it here, and I’m doing it live and in color rather than, you know, brainstorms off air, and I just appreciate you indulging me with this and, in fact, helping me along with some of your contributions and comments on the phones. Because I cannot get past… I’m even… I’ve run out of ways to express how close we came to losing this country with this whole thing, and none of it was real. When I say “coup,” I’m not just tossing a word around. 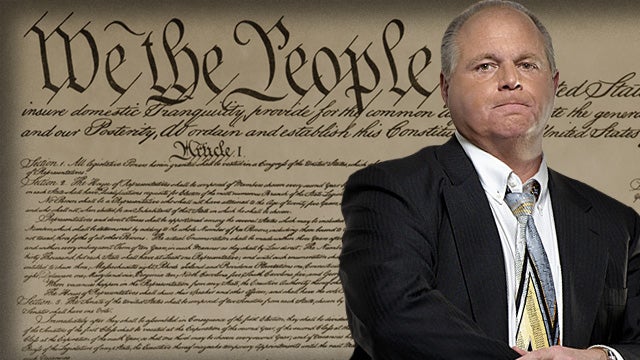 If this is not dealt with, if the people who did this — and by “dealt with,” I mean, the American people being fully informed. However it takes, doing whatever it takes, whatever form it takes. If the American people are not fully informed of what happened here, it’s going to happen again because the people who did it are gonna think they can get away with it again — or like-minded people in the future are going to think they can get away with it again.

There’s only a certain kind of people that will even try to do this, and they are not Americans first, and that’s what’s scary to me. They may say they’re Americans, and they may claim like Comey and all these people that they are acting out of patriotic interest. They were not. They were acting above and outside the U.S. Constitution. I have often remarked how amazing it is that in our over 200-year history, allegiance and reverence for a piece of paper — the words on a piece of paper — have kept the base, bad elements of human behavior in check.

Do you realize how fragile this country actually is in terms of its structure? We have a Constitution, we have a body of law that has been written based on the Constitution. The Constitution limits government, limits what government can do. Of course, that’s been the altered and changed. But how easy would it have been for any despot to throw it away after getting elected, on any pretext, and try to get away with it?

No matter whoever, what party we have elected, we’ve not had that attempted until now, except the attempt was not made by people who were elected. They decided they were bigger than the Constitution. They decided they were more important than the Constitution that they swore an oath to protect, and why did they do this? Simply because Donald Trump is somebody that repulses them, from his hairstyle to his manner of speaking to his career.

It’s a class thing. It’s nothing more than a class thing. A bunch of who think they are elites, above all the rest of us, essentially told themselves that we, the American people, are not the final voice on who the president of the United States is and thus who he appoints to fill various positions. They were. Simply because Donald Trump was unacceptable to them. Not because Donald Trump posed a threat to America, folks. Donald Trump has never posed a threat to America.

In fact, Donald Trump (chuckles) wants to make America great again in ways these people do not ever want to see again. They don’t want to see America first. They want to see themselves first, their positions in the globalist empire first — and, yeah, as Americans, they carry a lot of weight in these globalist organizations. They’re not trying to destroy America. They’re trying to make sure it remains structured so that they can thrive using America.

So they take it upon themselves to basically ignore or shred the Constitution. They corrupted any number of institutions along the way — the FBI, the CIA, perhaps the National Security Agency. The media was already corrupt, but they even corrupted it further, all to deny somebody they simply disapprove of — as though it’s their job, it’s their right. They somehow have the power to disapprove of who wins and loses elections?

James Comey? John Brennan? James Clapper? Barack Obama? Andrew McCabe? Peter Strzok Smirk? Lisa Page? James Baker? Bill Priestap? The Ohrs, Bruce and Nellie? These people? Hillary Clinton? Glenn Simpson and the law firm of Perkins Coie? These people decided to that Donald Trump was unacceptable. Oh, and it may have been that he was a Republican, but I don’t even thinks that was the big deal. I don’t think that was it. They’re not scared of Republicans. They’re scared that somebody perceived as real can trump them, beat them.

They simply couldn’t allow it to happen. Do you realize this is…? We came as close as a whisker to having the Constitution used essentially as toilet paper, and it’s still scary to me how close they came. It’s why I posed the question today: Why didn’t Mueller just go ahead and pull the trigger and say it and be done with it? That’s what they set out to do. So these people need to be found. They need to be named.

They need to have to explain to the American people everything they did. They need to go to jail, they need to be held to public ridicule, and they need to be pointed to as the real threats to this country, because they are. They were and they are — and they’re not through. This effort to overturn the election results of 2016 is still on at full-speed ahead. It’s just moved now to the Democrat-controlled House of Representatives (and, always, in the media).

But the thing as I grew older and I matured, and learned more and then acquired even greater reverence for the Constitution and our history, I mean, it’s just… You break it down, it’s just an old piece of paper with some brilliance on it. I’m not trying to belittle it, but the Constitution itself doesn’t have any weapons that can repel people who might try to rip it apart. In other words, if you grab it and rip it apart, the Constitution does not have any secret ingredients to poison you if you do this.

It’s just a piece of paper. And fealty to it, reverence for it, respect for it by all who have served in this country — with the exception of traitors. But I mean, the elected officials and so forth. The fact that we haven’t had a full-fledged, literal coup — an attempt by a sitting president to literally take over this country and install an authoritarian government or dictatorship? Why? That happens everywhere else in the world to one degree or another.

Another one of the reasons we’re exceptional, it hasn’t happened here. Until it was just attempted. But again, not by anybody who was elected. The people elected still hold the record for longest adherence and allegiance to a document. You might say some of the Democrats involved here were willing participants, and they were, and some Republicans too. But they were just vocal support from the stands. 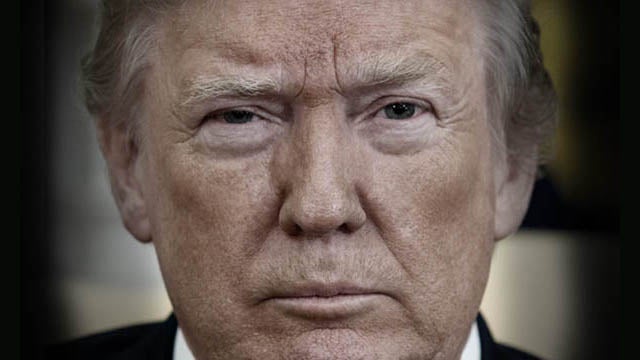 That, to these people, could not be tolerated, could not be left to the chance or to chance of a popular vote. We just can’t permit this. And so the effort was made to say that they were being patriotic and trying to deny this man the presidency which he won legitimately and nobody can prove otherwise. They had to resort to planting evidence, trying to plant evidence, creating people to act as Russian agents in the Trump campaign, who ultimately were not hired.

So, to me, everything Donald Trump did in the middle of these two years — I have a story. Let me give you an example. This story is from our old buddies at the authoritarian-supporting AP. Headline: “Trump Called On Spy Chiefs For Help as Mueller Probe Began.”

Now, the media has been desperate to find some nuggets in the Mueller report that would allow them to show either collusion or obstruction. But their efforts are laughable. And then here comes this report. “Two months before special counsel Robert Mueller was appointed in the spring of 2017 –” Remember, the New York Times has a story over the weekend admitting in early 2017 they knew the dossier was untrue, that it was Russian disinformation.

And yet the two years since have happened nevertheless! Everybody involved knew that dossier was a pack of lies, that was unverified, uncorroborated, and it didn’t happen. Now they say, “Maybe it was Russian disinformation.” Two months before Mueller was appointed it was known that the dossier was bogus.

“Two months before special counsel Robert Mueller was appointed in the spring of 2017, President Donald Trump picked up the phone and called the head of the largest U.S. intelligence agency. Trump told Mike Rogers, director of the National Security Agency, that news stories alleging that Trump’s 2016 White House campaign had ties to Russia were false and the president asked whether Rogers could do anything to counter them. Rogers and his deputy Richard Ledgett, who was present for the call, were taken aback.”

So we’re supposed to be appalled that Donald Trump called the NSA and then Mike Pompeo and asked if they could announce that the intelligence agencies had not found any evidence of any collusion. What would you do? This is not obstruction! Because Trump is asking them to clarify that all of this is bogus! He knows it’s bogus. He knows he didn’t do it. He knows it didn’t happen.

Put yourself in his shoes. What would you do? He fires Comey in part because Comey’s lied to him. Comey told him “no, Mr. President, you’re not a target,” all the while they’re talking about planting a wire on Rosenstein to try to entrap Trump. They tell him he’s not a target so he’ll relax. They’re doing everything they can to entrap him. They are framing him. He knows it. What would you do?