This Is Liberalism! Yankees and Flyers Ban Kate Smith

RUSH: Here’s Scott in Richmond, Virginia. Great to have you on the program, sir. Hello.

CALLER: Hello, Rush. You have once again nailed it. I have to give you credit. Many, many, many moons ago you were the first to say in public that this whole thing going way back to the dossier and probably earlier was nothing more than Democrat Party opposition research. And in hindsight, man, you were a hundred percent correct and incredibly prescient, as usual.

RUSH: Well, you know, I’m flattered that you remember that. I’ve had media people, I’m not gonna mention any names, but after the Mueller report came out I got a bunch — and I don’t get this much. I really don’t hear from people very often, but I heard from some media people on our side who said, “My God, you called this. You said there was nothing to this from the get-go. How did you know?”

It’s like this Kate Smith business. If you haven’t heard about this, and probably you have by now. But the New York Yankees and the Philadelphia Flyers have declined to play Kate Smith’s God Bless America anymore. Yankees did it in the seventh inning stretch. The Flyers did it, a tradition going back, she sang it live once they won the Stanley Cup. 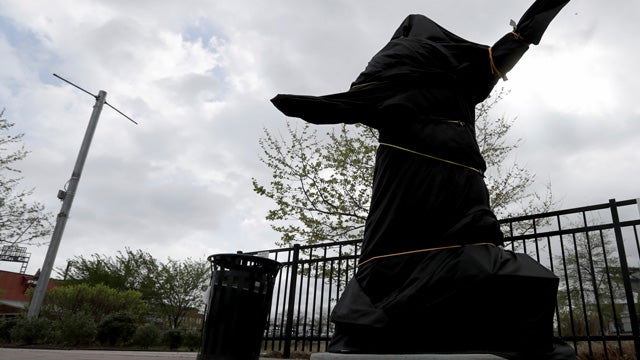 They have a statue outside their arena, the Flyers do, they’ve covered the statute, gonna remove the statue because back in the thirties she recorded two songs, the lyrics of which were racist.

And so I’m watching people on TV talk about this. And they’re wailing against political correctness. They are going on and on and on, political correctness is dead, and when is it gonna stop? Ten years from now can people get mad at us for stuff that we said that today is not racist but 10 years from now it might be? When does this stop? And I watch this stuff, and my mouth is wide open and agape.

Do you believe the Philadelphia Flyers are actually covering the statue? Are you telling me that people who attend Philadelphia Flyers games, hockey fans are gonna sit there being so damned sensitive over a couple of songs Kate Smith sang back in the 1930s or whenever it was? And the “New Yank Yorkies” doing the same thing? Talk about caving?