RUSH: Here is Jared Kushner. You know, TIME magazine is trying to stay relevant. It doesn’t matter, TIME’s Man of the Year, Person of the Year, computer of the year, TIME’s animal of the year, planet of the year, nobody cares anymore. Magazines, eh. Part of the declining media enterprise that evolutionary change causes in many ways.

So TIME does everything it can to stay relevant, to stay prominent. They have created this TIME 100 as the 100 most influential people of the year and then have a big black tie party where they invite all those people and previous recipients. And now they’ve added to it the TIME 100 Summit where they invite various recipients to come and impart wisdom in their area of expertise to the assembled gathering at the time. Jared Kushner was there. And he was asked to comment on the Mueller report. We have two sound bites. Here is the first one. 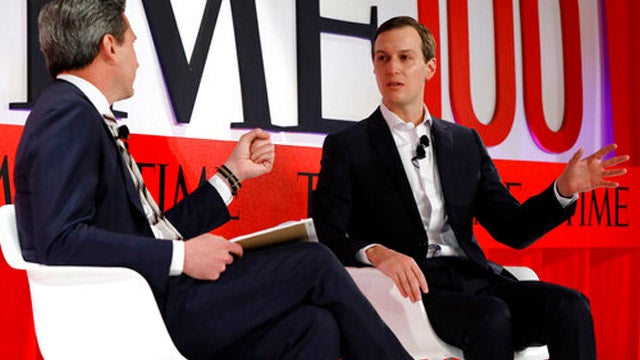 KUSHNER: When you look at, you know, what Russia did, you know buying some Facebook ads to try to sow dissent, and do it, and it’s a terrible thing. But I think the investigations and all of the speculation that’s happened for the last two years has had a much harsher impact on our democracy than a couple Facebook ads. I spent about — I think they said they spent about $160,000, I spent $160,000 on Facebook every three hours during the campaign. So, you know if you look at the magnitude of what they did and what they accomplished, I think the ensuing investigations have been way more harmful.

RUSH: Oh, this has just ticked them off. CNN did two roundtables on this comment today. “He thinks that the scope of Russian involvement was buying Facebook ads.” Do you know that Russia — that’s really all they did in this? They bought Facebook ads after the election. And he’s right. They spent about $160,000. And these are the Russian troll farms that Mueller indicted.

And he’s also right about the fact that this investigation has done more damage to the American electoral system than Vladimir Putin and the Russians could have ever dreamed of. Look at how many people who are viewers and consumers only of mainstream media, how many of them now think elections, presidential elections are never genuine anymore? I mean, they were told for two years that Trump stole the election, Russia helped him beat Hillary Clinton, Trump colluded with Russia.

We had polls at one time that showed people, 42% think the Russians tampered with voting machines, which didn’t happen. And in every indictment that Mueller announced, it was stated near the end of the press conference that not a single vote had been changed as a result of this indictment, not one election outcome was different. Rosenstein said there wasn’t any impact on this election in any way, shape, manner, or form no matter what Mueller indicts or who he indicts. Still, the Drive-By Media is out there saying all this.

Look at the damage they have done to the perception that our elections are honest. They’ve blown that to smithereens, purposefully, if you ask me. It is how they will continue to dispute every presidential election they lose going forward now. The Russians did it or somebody did it, somebody stole it from them, somebody hacked something to steal their duly constituted election that they were supposed to win, like Hillary.

So Kushner is exactly right. Then claiming that the extent of Russian involvement was $160,000 worth of Facebook ads, oh, my goodness, are they livid and ticked off. He also said this, our second sound bite.

KUSHNER: The whole thing was kind of nonsense, to be honest with you. I mean, we ran a very untraditional campaign, and we had a lot of outsiders coming in. And in the beginning we couldn’t even get a lot of people from Washington to work with the campaign. Our focus during the campaign was on the candidate, the message, and we built a very entrepreneurial campaign. And we made a lot of very good decisions along the way, which is what enabled us to be successful. I think at this point I’ve done three House interviews. I did about nine hours with the special counsel. And if you look at my statement from July, I put out about a 12-page statement explaining all these different things, I think that everything I said has now been proven to be true, and it’s been very, very thoroughly investigated.

RUSH: (sigh) You know, there’s that word again — and I guess, in an extended sense, there was an “investigation.” They call these people up to testify, and it’s all bogus. So they investigate what they say, I guess.  But it was not an investigation.  It was a search.  It’s like Drudge has a headline today:  “Rivals Dig up Dirt on Mayor Pete.” You’d never see that headline on Trump.  The headline: “Rivals Invent Dirt” or “Rivals Create Dirt on Donald Trump.” But this idea that there was some investigation that Trump passed, this gigantic investigative test?

It’s not at all what this was.  But Kushner is nevertheless right on the money about this, and they are just beside themselves about it. They cannot believe that Kushner would go so far in denying the impact of the Russians on the election. There wasn’t any, in terms of collusion. There wasn’t any more than there always is of Russian or ChiCom efforts to gum up the works.