Why We’re Not on Satellite Radio

RUSH: By the way, we have set another subscriber record at RushLimbaugh.com. Folks, you all are just impressing the heck out of me and swelling me with all kinds of appreciation. I mean, we… I told the president. I said, “Yours is the first election in the history of my doing this program where the audience has not declined after an election.” You know, there are trends, and this is true for any political-oriented programming. Once an election is over, the drama is gone, and the anticipation is over, and the fevered pitch emotion wanes, and so audiences decline (this program less than others).

But since 2016, it has been the opposite. The audience has grown. I’ve always said, “My Success is Not Determined by Who Wins Elections.” It’s always been an objective. But the audience here is continuing to grow, the numbers of subscribers here at RushLimbaugh.com has continued to grow. By the way, this leads me into something else. I want to… I get this question a lot and I do not answer it nearly as often as it is asked. “Rush, why aren’t you on satellite?” There’s one word that answers this, but it requires some explanation.

The word is “loyalty.”

I have never thought, I’ve never even considered ditching them. Even keeping the program on radio and going to satellite, that would not be fair to the affiliates who have been with me from the get-go. So that’s why. Some of you say, “Well, if it was on satellite, I could get you when I’m driving around parts of the country that there aren’t any radio signals.” I understand that. That’s why there’s the RushLimbaugh.com app now. You may not be able to get an AM radio signal some places, but you can get cellular. 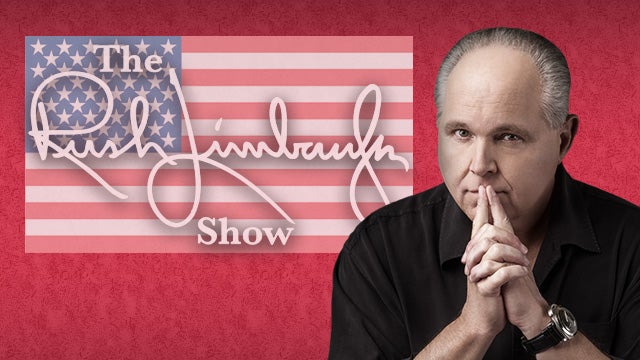 And, if you can get cellular on an app on your phone, then you can listen to this program. And, if you subscribe, you can watch it. You can watch it on the Dittocam. But I have so much appreciation for the radio stations that continue to carry this program. I never do take it for granted. They are a crucial ingredient in the links that bring this program to you, and so there’s never been any thought of undermining that. In fact, I try to do everything I can to buttress our relationship and make it worth their while to carry the program.