RUSH: I wanted to repeat what I closed out the previous hour with. “NYC To Ban Hot Dogs and Processed Meats To Improve Climate.” 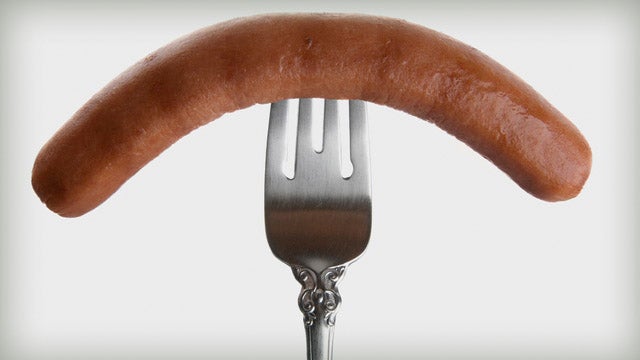 Folks, these people are just flipping idiots. There’s no sense even discussing this from a serious standpoint. Debating this, climate science, whatever. This is just idiocy, just pure, flipping idiocy.

“Mayor Bill de Blasio approved an ambitious $14 billion Green New Deal on Monday, April 22, to combat climate change. The plan will cut purchases of red meat by 50 percent in its city-controlled facilities such as hospitals, schools, and correctional facilities. The new commitment builds off of the Meatless Mondays campaign that was adopted by all NYC schools in 2017.

“The mayor said, ‘It is a difficult plan. It is a necessary plan…. Estimates that tell us that we have only 12 years to get it right. Let’s be clear, we have until 2030 to change things fundamentally, or our lives won’t be the same.’”

In a related story from the UK Express: “Mini-Ice Age Warning as Solar Minimum Hits All-Time High – The solar minimum is well and truly here after scientists recorded an all-time high in cosmic rays, meaning Earth could face a ‘mini Ice Age.’” This is about sunspots.

You know, it’s fascinating, quite telling the Drive-Bys and the climate change fruitcakes will not allow any discussion of the sun, sun activity, sun spots, solar storms, none of that is permitted when talking about climate change. Because, you see, ladies and gentlemen, the sun is not a factor. You know that? The sun has not a damn thing to do with how hot or cold it is.

Nope. It’s all about America and CO2 emissions. It’s all about the profligate waste of capitalism. It’s all about the pollution of the world by 5% of the world’s population, United States of America. I’m serious. You cannot use the sun in any debate, including scientific debate, about climate change. It is said to be an irrelevant component scientifically. How? Why? You tell me. I guess because it’s just there all the time and it’s constant. No, but it isn’t. Sun puts out differing levels of radiation. It’s so complex. Nothing is constant in anything.

But we’re not supposed to factor any of this into our discussions, scientific or otherwise, of climate change. The reason why is because discussing the sun defeats every other point these people are trying to make. Imagine taking the sun out of the equation. Without the sun, we’re not here! 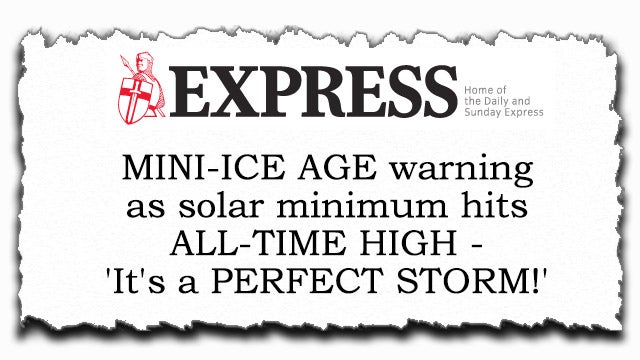 There was a pretty interesting — they had a great premise. They blew the show. The U.K. — I forget which studio did it — produced a show where the government had discovered that the sun was gonna burn out in eight or nine years, and their task was to keep the news hidden from the population. Because if word got out, that would be the end of law and order. It’d be end of everything if people knew for a fact that the sun was gonna go dark in eight or nine years.

And, by the way, it was going to be a gradual fadeout, according to the science. It wasn’t gonna be instantaneous, the sun’s gone, it was gonna be gradual, which meant that there would be an extended period of deep suffering, massive, massive cold would sweep the entire planet, daylight would become less bright.

And so the government became a bunch of thug authoritarians. They put in prison everybody who knew this. They hid them away so that nobody could leak it. But somebody did to a Drive-By journalist.

Now, does that sound like an interesting premise for a show to you? It does to me. They blew the premise! They turned it into something, they used that premise to explore other areas like gay sex, gay relation, all kinds of crazy things. If they would have just stuck with this premise. My guess is that they didn’t know how to write it. My guess is they didn’t know really how to write it, and it was a mini-series so it was gonna be like five or six episodes. And it was not that long ago. You could probably find it on Netflix. I wish I could remember the name of it.

Oh, and then the scientists were wrong because the sun began to fade out much, much sooner than the scientific predictions. And, of course, there was one crusading hero in the whole thing, and it was a journalist doing everything to get the story out, fight against all the odds, all the government thugs trying to make sure the journalist was killed and anybody the journalist had told was killed.

And there was the required flash drive that had all the scientific data on it. Only one copy had escaped government possession. Who had it? It’s a great premise. And they blew it totally on letting it get sidetracked to other things like a pointless love story and other things that were totally irrelevant.

So since the sun’s gonna last a long time, other things are gonna kill us, like hot dogs and SUVs. But it’s fascinating to me. You cannot use the sun or its activity in any climate change debate. Because without the sun there is and could be nothing. And it wouldn’t take long for mass death. It would not take long at all. You want to talk about fragility. If I think of the name of the show that ran, it was either ITV or the BBC, I will pass it along.