Guess Who Turned Up on CNN

RUSH: I don’t know if I should mention this. I don’t believe what I just saw. Don’t mention it. Holy smokes. Holy smokes. Ha. It’s unfair to do this to the audience. Well, I’m watching CNN. I’m not watching, it’s on here. I glance up there when I sit down and they’re talking about Biden and the Anita Hill hearings and how he blew it and didn’t do enough to keep Thomas off the court, and they’ve got a guest on there. 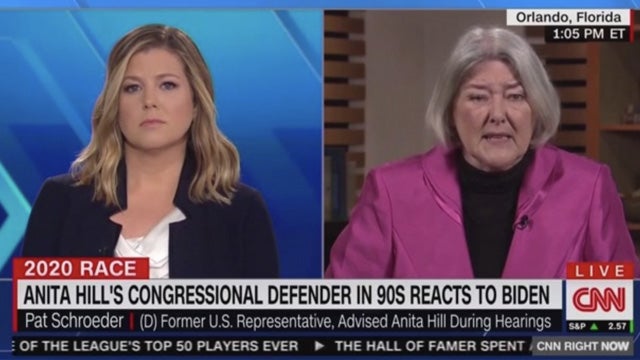 And the guest is somebody that supposedly had a lot to do with this back then. So I’m looking at this, looks somewhat familiar, but I can’t figure it out. Is it Judge Hoerchner? Remember Judge Hoerchner? Judge Susan Hoerchner. I think we’ve got audio sound bites of this today. I saw the sound bite roster.

RUSH: Here’s the picture of Judge Hoerchner. That’s from the actual C-SPAN coverage. I want you to imagine this woman, ’cause you just heard her speak, and she was there testifying to the impeccable character of Anita Hill. And I, as I said, became mesmerized with her voice and speech (impression) “and how precise it was. 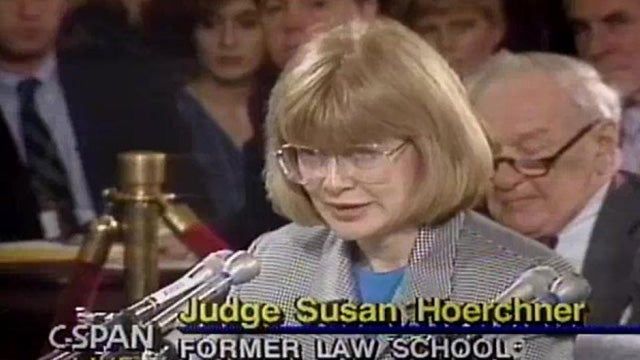 “And I imagined her someday saying in front of the “sen-a-terrs,” because she addressed every statement, “Senator? Senator? Anita… Anita is so pure, Anita told me she doesn’t even have bowel movements, Senator. That’s how clean and pure Anita is. I doubt… I doubt… I doubt Judge Thomas can say the same.” That’s how she struck me. I could not forget it. One character from these hearings I have never forgotten: Judge Hoerchner.

RUSH: I found (it’s audio sound bite number 10) Judge Hoerchner. Now, we only have one bite of her, but this woman captivated me during the Anita Hill-Clarence Thomas hearings. She was about, at the time, 55 or 60, and had a Mary Hartman hairdo. She had bangs, and it was parted like in the middle, and then straight down to the shoulder. 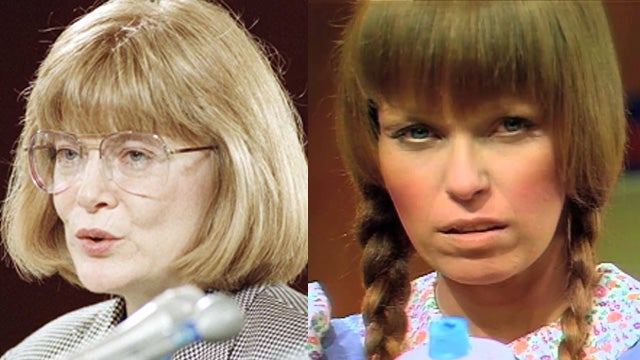 She was wearing a 24-year-old woman’s haircut in her 50s, and pale as Casper the ghost. She didn’t move when she spoke. She sat ramrod straight. The only thing that moved was her mouth, and she was one of these… She was some kind of administrative law judge disputing whether or not feces piles were there or not in San Francisco, and she was married to another uber-left-wing judge or liberal activist of some kind, I think maybe from the ACLU. She was a character witness for Anita Hill.

She was apparently somebody who knew Anita Hill from all these days gone by, and she was up there testifying to the character and the decency and the honorability and all of that of Anita Hill. Her speech pattern was just… I could not get over it, combined with what she said. I couldn’t help but mimic her as it went on. She testified for maybe a whole day, and maybe even more than one.

We only have 20 seconds of her here, and in this… I don’t know who’s questioning her here but she’s testifying in support of Anita Hill, and I think she’s trying to convey that, yes, Thomas did say some really inappropriate things to Anita. Oh, that! “An-ee-tah, An-ee-tah,” is how she pronounced it. Anyway, let’s see what this bite shows…

HOERCHNER: …Mr. Thomas had said to her, “You know, if you had witnesses, you’d have a perfect case against me.” She told me that she was very humiliated and demoralized by Mr. Thomas’ behavior and that it had shaken her faith in her professional ability.

RUSH: Yeah, that’s it. That’s it. You’ve got to see it. To understand why I was captivated by this babe, you’ve got to see her, and maybe we’ll find a video link and just put a picture of her — still shot or something — at RushLimbaugh.com. Or if we can find one — which I’m sure we can (ahem) — we’ll flash one up there on the Dittocam in a moment.