RUSH: This Ann in Colony, New York. Hi. Great to have you here with us. Hello.

CALLER: Thank you, Rush, for taking my call. My thoughts are with the unprecedented number of people sneaking across the border, undocumented. You know, they have no rights, no status. I’ve come to think of them as a new class of indentured servants. You know, the sanctuary cities, they offer them protection from law enforcement. But doesn’t that also protect from prosecution anyone who would abuse them? Drug traffickers, sex traffickers, unscrupulous employers? 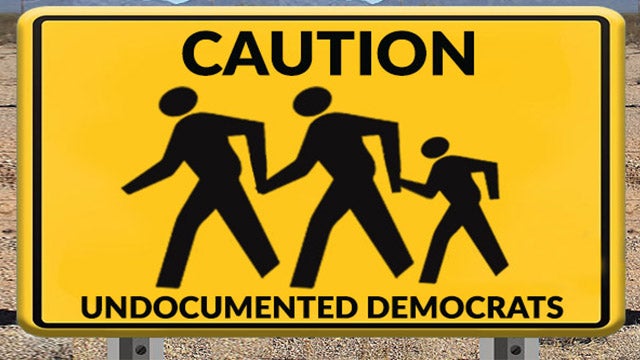 RUSH: Okay, wait a minute. I lost track somewhere. You said something that sidetracked me. You say you’ve been thinking about them and —

RUSH: And now they’re indentured servants is how you see them?

CALLER: Yes. Sanctuary cities protect them from law enforcement, but doesn’t that also protect anyone from prosecution who would misuse them? There is a price they pay.

RUSH: Well, maybe, but I think we’re beyond the — the problem is that we’re letting sanctuary cities get away with being sanctuary cities, and we’re letting employers who hire illegals get away with that. We’re not enforcing the law at very many stages here. So who’s to say why the people that hire them or the people that use them are not being prosecuted, because nobody is in any of this.

CALLER: And the other thing is, it’s all being cloaked in the guise of compassion, which really bothers me.

RUSH: Wait a minute. Are you suggesting that they are playing no role in their being here?

CALLER: They do play a role, but they are being lured here.

CALLER: All of the above. I think the Democrats unable to do anything about our problem at the border, the idea of sanctuary cities, I think this gives these people false hope. They think they can come here for a better rife, and that’s a lie.

RUSH: Well, no, see, depends. There’s no question they’re coming here for a better life, for whatever other reasons that they are coming. The timing of all this is suspect. We got caravans coming now. What’s hard for me to believe — and I don’t know if this is gonna address what you said or not — but we’ve got caravans of thousands coming and have been coming for a few short months now. That didn’t just happen organically.

But there’s no question that somebody lives in Guatemala or El Salvador can look northward and see the United States and see a better life. I mean, that’s not a mystery. Those people would not need to be lured to think that there is a better life here. They would have to come here for some reason besides the lure. They would have to come here with the assuredness from somebody that they’re gonna be okay, that they’re gonna be able to stay.

I think what we’re dealing with here is a planned and purposeful invasion that is being orchestrated by people who know that the law in this area is not being enforced. And I don’t think — now, this may dovetail with what you’re saying — I don’t think there’s any compassion for these people at all once they arrive. Just the fact that they’re here, that’s the mission accomplished. And then make sure that they have some way of accessing the American hammock, the welfare net.

I call it a hammock. The safety nature. Making sure they have some way of accessing that, and that’s mission accomplished. So to the extent that you’re right, they’re really not being brought here to assimilate. They’re not being brought here to receive assistance in improving their lives. The definition of improving their lives is simply arriving here and being here instead of being in El Salvador or Guatemala or wherever it is that they are coming from.

If your point is that they’re being used, no question about it. And I think the compassion angle of this is entirely phony. You bring people into the country for your own political purposes and then do not do anything to actually help them assimilate and become Americans, which you’d think is what they want, many of them. Some of them don’t, but you would think a majority of them would. Anyway, Ann. I appreciate the call.