Trump Knows Who’s Behind the Coup Against Him

RUSH: President Trump last night was on Hannity on the Fox News Channel, and has crossed a new threshold. The president himself is referring to what happened to him, finally, as a coup. Now, before going to the audio sound bites, “Text messages…” Are you ready for this? “Nine days after the presidential election, FBI agent Peter Strzok and FBI lawyer Lisa Page [his “paramour”] exchanged texts that indicate they discussed using briefings to the Trump [transition] team after the 2016 election to identify people they could ‘develop for potential relationships,’ track lines of questioning and ‘assess’ changes in ‘demeanor’…” 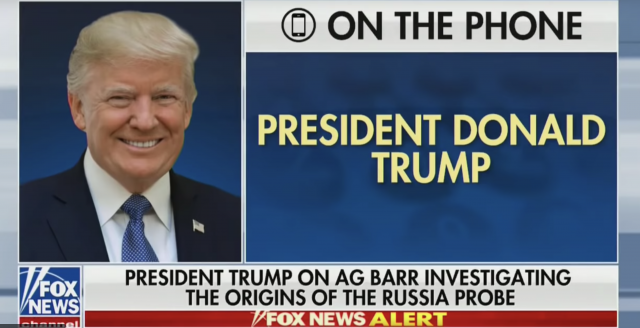 Strzok Smirk and Page were trying to develop intelligence sources within the Trump administration and transition team. This article (it’s by Catherine Herridge at Fox News), “notes that President Trump responded to this news,” we’ll have that coming up in just a minute, “saying they were trying to infiltrate the administration. There’s no question they were. This is Strzok Smirk and Lisa Page who were testifying before the election about, “Oh, my gosh. He’s not gonna win, is he? We can’t let him win,” and Strzok Smirk says, “Don’t worry, we’ll have an insurance policy.”

Strzok Smirk was involved in the European angle of this, the British angle of this, working with Brit informants, Stefan Halper and Joseph Mifsud — who, of course, ran a scam on George Papadopoulos. And then Strzok Smirk and Lisa Page had this “insurance policy” in which they could maybe do something about it if Trump inexplicably won. Strzok himself then ended up on the Mueller investigative team, and was only fired when it was discovered that he had been texting with Lisa Page.

Mueller buried that for six months. They kept the guy working and didn’t announce the reason that he was fired for quite a while. By the way, Papadopoulos… Are you ready for this? Papadopoulos said in an interview the other day or in a tweet, that Mueller tried to get his wife to divorce him. Papadopoulos says that Mueller or one of the investigators (I think it was Mueller) told his wife (summarized), “You better get out of this. George is going to jail. Things are over for George.” They tried to get her to divorce him.

This guy was out ruining people’s lives.

We keep learning — and, by the way: None of this — none of this — was investigated by Mueller. Kim Strassel has a column in the Wall Street Journal today, in which she makes the point again that Mueller knew the dossier was fake, that Mueller knew that it was made-up stuff, and that it was sourced from Russian agents via Christopher Steele. And that he knew it was Clinton opposition research, and didn’t even bother to investigate any of that. 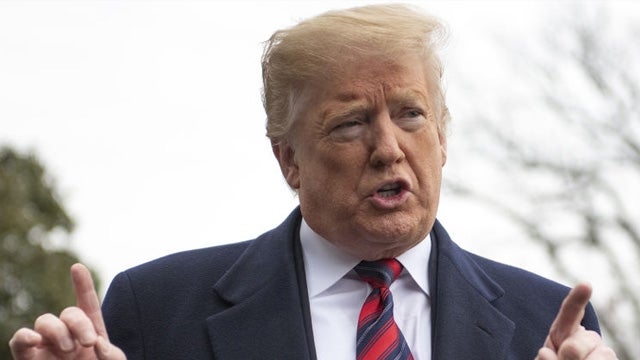 Meaning: The full-fledged effort to destabilize and eventually run Trump out of the Oval Office was in full swing after the election, which we knew. This just confirms it. So now, we go to the audio sound bites. Last night, Trump is on Hannity, and Hannity asks him about the Strzok Smirk texts. He says, “We have new texts from Strzok and Page showing they had discussed attempts to recruit sources from within your White House to spy on your administration. Have you heard about this tonight, sir?”

THE PRESIDENT: Really, it’s a coup. It’s spying. I don’t know if you remember a long time ago, very early on, I used the word “wiretap,” and I put it in quotes, meaning surveillance, spying. You can sort of say whatever if you want. But that was a long time ago, and I’ve never seen anything blow up like you’ve never seen. Now I understand why, because they thought — two years ago when I said that just on a little bit of a hunch and a little bit of wisdom, maybe. It blew up because they thought maybe I was wise to ’em or they were caught, and that’s why. So you see now they’re trying to infiltrate the White House. This is long after the election. It’s a disgrace. Hopefully, the attorney general will do what’s right, and I really believe he will.

RUSH: Now, let me clarify something. The president doesn’t want to say some things himself here. When he said that Obama had “tapped his wires,” there’s a reason for this. You remember that January 6th meeting (we’ve talked about it recently) where James Comey went to the White House? What it was, is it was Comey, Clapper, and Brennan. They went to the White House. The purpose was to tell Trump about the golden shower story in the dossier.

They wanted to get the dossier in the news and they decided in a meeting the day before, all three of these people, in a meeting at the Obama White House, that this is what they would do. They would seek a meeting with Trump at Trump Tower, and they would go there and tell him about golden showers. What happened? They did. They all three go in, and Comey near the end of the meeting asks Clapper and Brennan to leave, saying he has something he needs to discuss privately with the president-elect.

That was all bogus. They were just trying to get this officially in the news cycle, and the way to do that was to tell Trump. The fact that Trump has been informed makes it news. Comey leaves that meeting and calls Clapper — well, doesn’t call him. Clapper’s standing right outside. “Mission accomplished.” Clapper then calls CNN and tells CNN that the president now knows about the dossier and the golden showers story.

They ought to give the Pulitzer back. The New York Times won a bunch of Pulitzers for spreading the lies the intelligence community was telling them that they knew were lies. Anyway, shortly after that, Trump announces that Obama has tapped his wires (that’s almost a quote) and then Trump packs up the transition team and moves them out of Trump Tower and they move to one of his golf courses.

Now, I’m told that Trump was told this by a member of the intelligence community that was not part of the Comey, Clapper, Brennan, Obama team. He warned the president that he was under surveillance. Trump didn’t just pull that out of thin air. And, no, Trump is not the source. What I just told you, I read. It’s public knowledge. I’ve had it confirmed for me. I know who did it, I just don’t want to mention a name ’cause I don’t want to get sidetracked. But it’s a name anybody knows.

But he was not wrong. He had to be given a heads-up about it. And he was right! He was being surveilled! They were running a coup against him. At this stage, he doesn’t know this. At this stage, they’re zeroing in on Flynn, and he’s trying to protect Flynn. He calls Comey, “Can you maybe go easy on Flynn? He’s not a bad guy.” And that, “Oh, man we got obstruction, now we got obstruction.”

So they were thinking, “Oh, man, we’re getting way down the road here on getting rid of Trump.” I love the fact that he’s now calling this a coup, because this is exactly — and it still is ongoing! We were told at first that Mueller was the final word. When the Mueller report came out, that was it. Okay, the Mueller report’s out, no collusion, no obstruction. I mean, they’ve kicked it into another gear here with all these committee investigations and demand for subpoenas.

And now threatening administration people with jail if they don’t respond. This coup is ongoing. It has been ratcheted up. It has not slowed down. It has not taken any diversions. It is full speed ahead. It’s now been passed off from Mueller and Strzok and all these people, Weissmann to Jerry Nadler and Schumer and Pelosi and whoever else in the House and these Democrat committees that want to take a crack at this. Trump continued to talk about this last night as a coup bigger than Watergate, biggest scandal in history.

THE PRESIDENT: This was a coup. This was an attempted overthrow of the United States government. This was an overthrow, and it’s a disgraceful thing. And I think it’s far bigger than Watergate. I think it’s possibly the biggest scandal in political history in this country. Maybe beyond political. So I think that a lot of things are being learned right now, just like you just mentioned just a few moments ago again with Strzok and Page.

These are sick people. These are sick, sick people. So let’s see what happens with McCabe and Comey and Brennan and Clapper. They were in on the act. And let’s see what happens, and let’s see how high it goes up, because it’s inconceivable when it goes to Clapper, Brennan, Comey, these people, I would imagine that some other people may be a little bit higher up also knew about it and maybe a lot higher up.

RUSH: He knows exactly what happened. The president has this unique ability to make you think he just learned something. Like here’s Hannity. “Mr. President, have you heard that Strzok Smirk were communicating nine days after the election” — no, no. It’s a legitimate question. The president is fully aware of this stuff.

None of this is a shock. None of it’s a surprise. He learns this long before any of us do. So that’s not how you have to listen to this. You have to listen like the previous bite. “Hopefully the attorney general will do what’s right, and I really believe he will.” That’s all you need to hear. That means Barr’s investigation is serious. This is not Jeff Sessions where he’s gotta coach him in public or tell him what he wants in public.

And then when he says it’s inconceivable that when it goes to Clapper, Brennan, Comey, these people, I would imagine that some other people maybe a little bit higher up also knew about it. He knows what happened here. And he knows it from a unique perspective. 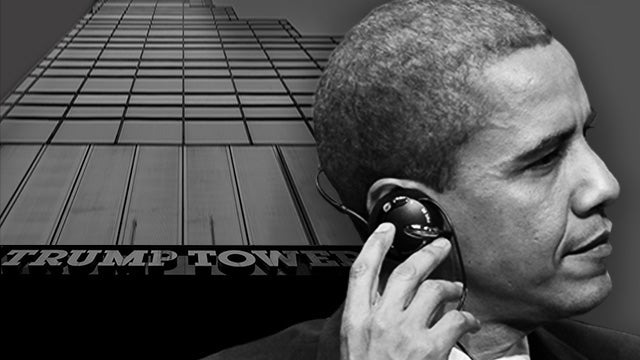 And he did it without the conventional boost and assistance that a presidential candidate gets from his party. Donald Trump ran against a segment of his own party in addition to running against the Democrats. He knows exactly what he did. I don’t think he takes time to reflect on it and say, “Man, am I really proud of myself, I did this.” But he knows he did it. He knows who he is.

These are people that are trying to deny him the single biggest achievement of his life by suggesting that he was aided and abetted by a foreign government who cheated and he was effectively a traitorous agent for Russia. Do not doubt me. He knows full well what they’re trying to do here. And there is no “turn the other cheek.” There may be publicly, but there is “no turn the other cheek.” 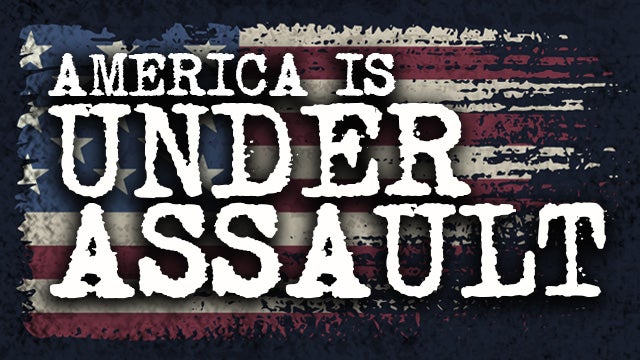