Drive-Bys Blame Trump for Synagogue Shooting — Even Though the Shooter Hates Trump!

The shooter has a manifesto, so-called manifesto posted on Pastebin just hours before his attack, calls Trump a Zionist, a Jew loving, anti-white, traitorous Lewinsky giver is the best thing I can say here, only he used a different term for Lewinsky giver, if you get the drift here. The news media is ignoring that part of the shooter’s manifesto where he hates Trump, where he’s calling Trump a Jew loving Zionist anti-white traitorous.

Very soon after the attack on Sunday Trump called the synagogue’s rabbi who was wounded in the attack. The press secretary, deputy press secretary, Judd Deere, said in a statement that Trump called to offer his comfort and condolences on behalf of the nation and that President Trump expressed his love for the Jewish people, the entire community of Poway and also thanked the brave members of law enforcement who acted swiftly.

The guy did not — his gun jammed and there was a member of the congregation who had a gun and took it there after all these shoot-ups, this guy took a gun. And he saw a guy he thought looked like he knew what he was doing, he gave him the gun, and this guy scared the shooter, shooter’s gun jammed. 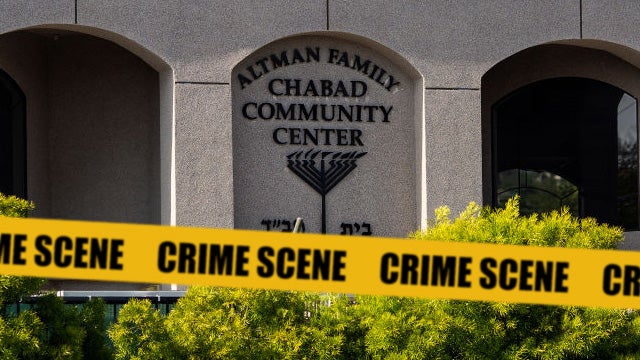 Once again, the point is it was a gun that ended this, as it always is. And yet here we go with the usual gun control tropes and the talk radio, Donald Trump so forth responsible for this, yet the anti-Semitism that exists in this country today exists on the left and it’s being amplified and promoted on the left.