A Pathetic Display at the White House Correspondents’ Dinner

RUSH: You know, the White House Correspondents’ Dinner was on Saturday night.  Trump’s in Green Bay doing a rally.  The big award that they give the biggest, best journalist of the Year is called the Merriman Smith Memorial Award, and the Merriman Smith Memorial Award was won Saturday night by a reporter from the Washington Post named Josh Dawsey.  You know what he got the award for?  He “broke” the “story” that Donald Trump used the phrase “[butt]hole countries” in a closed meeting in the White House Situation Room. 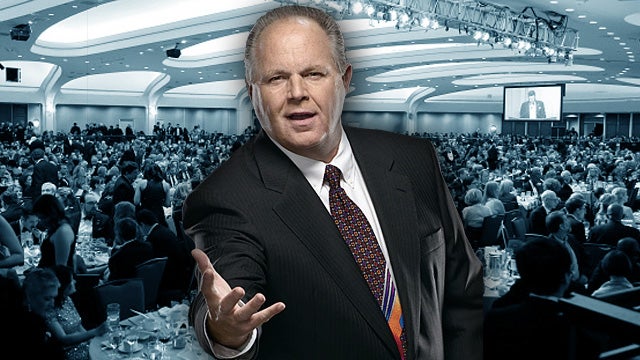 That? Of all news that happened over the past year, that is what wins the award from the White House Correspondents’ Dinner?  By the way, Trump didn’t say “butthole.”  He said the other word here.  They give a journalist an award for “breaking” that “story.” You know who “broke” the “story” was Dick Durbin. Senator Dick Durbin from Illinois was in the meeting, and he walked out of there.  Of course, Situation Room rules are that nothing said in The Situation Room leaves The Situation Room.

But, of course, that doesn’t count when Trump’s the president.  Democrats left the Situation Room and started talking to the media about what was going on in there, and it was Dick Durbin that told Josh Dawsey that Trump had referred to “[butt]hole countries.”  Now, just think about that.  With all of the stuff that theoretically could have been called bombshells or huge revelations, that Donald Trump called a bunch of little countries “[butt]hole countries” wins the journalism of the year award from the White House Correspondents’ Association?

So let’s go to audio sound bite number 11. This is Olivier Knox. Olivier Knox is the chairman or the president or whatever the grand pooh-bah there is called of the White House Correspondents’ Dinner. They didn’t get a comedian this year because Michelle Wolf last year totally blew it up and embarrassed everybody and didn’t help.

So they got rid of the comedian and instead decided to do serious commentary, serious discussion of the business of White House journalism. And so here’s Olivier Knox, the president, and a portion of his — I mean, this is a pity party. These people are crying, “Donald Trump mistreats, Donald Trump’s Constitution, Donald…” Listen to this.

KNOX: In nearly 23 years as a reporter I’ve been physically assaulted by Republicans and Democrats, spat on, shoved, had crap thrown at me. There was a brief moment in Afghanistan when I thought a soldier would shoot me dead for the crime of taking a picture inside the presidential palace. And yet I still separate my career into the period before February of 2017 and what came afterwards. And that’s because February 2017 is when the president of the United States called us the enemies of the people. A few days later I was driving my then 11-year-old son somewhere when he burst into tears and asked me, “Is Donald Trump going to put you in prison?” 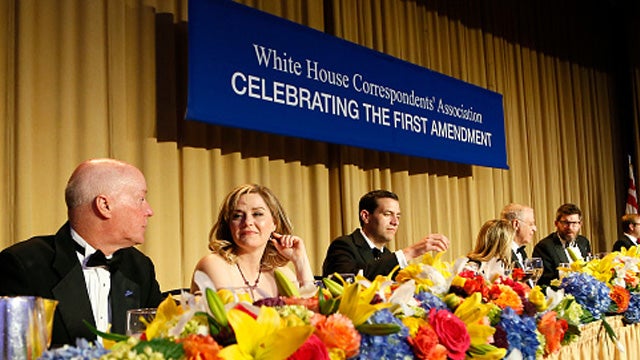 RUSH: I swear. These people, they’ve replaced comedy with a plea for sympathy. They want us to feel story for them. (imitating Knox) “Yes, I was driving my 11-year-old, ‘Daddy, daddy, is Donald Trump gonna put you in jail ’cause you’re the enemy of the people?’” Spineless waifs. These are the people that can dish it out, they can call Trump a traitor. They can for two years say that Trump is a Russian agent. They can for two years say that Trump stole the election and all the other insults.

In their world when they dish it out, you’re supposed to take it, you’re supposed to lap it up like it’s a saucer of milk, but you’re not ever supposed to reply to it or respond to it. If you do, then you are the problem and you don’t understand how the game is played in Washington. If you want to know how the game is played, look at people like Mitt Romney, who just sit idly by and watch themselves be destroyed, their reputations assaulted, lies told about their lives.

And the game says if you’re Republican you sit there and take it. If you reply to it, then you are sickening. This is just among the other things that Trump is reversing that he is being secretly and privately and publicly applauded for numerous times a day.