RUSH: Now to Dallas. This is Chad. It’s great to have you with us, sir. Hi. Chadly, are you there? Testing one to three. Anybody there, Chadly? He hung up. Well, don’t get rid of it. I need to read — I wanted to take this guy’s call. This is what Snerdley put on the cheat sheet that tells me what people want to talk about. “He is concerned, never disagrees with you, but thinks that you need to be careful because Biden is a likable guy. Biden is not Hillary, and he thinks we shouldn’t take him too lightly.”

Do I sound like I’m taking Biden too lightly? If I were taking Biden too lightly, I wouldn’t have spent all this time telling you about all of the prevarication, all of the lies that are part of the Biden campaign. I know the guy’s likable. That’s in fact his stock-in-trade. You know what Biden’s real stock-in-trade is? Aside from the fact that he’s a — I mean, he is a quintessential Washington citizen. He is the Washington establishment. Well, you can say swamp, but that’s all that he has ever done.

I think Biden saved Obama’s reelection at the Democrat convention with his, quote, unquote, keynote or endorsement or speech. Because Biden was able to convince people that Obama was just like Biden is, one of these nice guys, smell your hair, slap you on the back, grab your shoulders, sniff your shoulders, do whatever, real guy, fun guy, whatever.

He’s the kind of guy almost like Clinton in a way. When he tells big whoppers, nobody cares. It’s just Joe. When he plagiarizes, when he does it frequently, he literally steals things from other people. He plagiarized a British politician named Neil Kinnock. Now, the media, obviously one of Joe’s big fans, are never gonna be hard on him like they would be a Republican, but it goes farther than that. He’s just Joe.

When Joe is molesting and sexually harassing or getting close to women or young women that’s just Joe, nothing to see here, come on, he’s just showing how much he likes them and respects them, he’s just a familiar guy. You know, Joe’s a very touchy guy. Comes up, he sees somebody he likes, he puts his hands on your shoulders and sniffs your neck and hair. There’s nothing to see here. Joe is just Joe. So he gets that kind of a pass. He’s creepy! But it’s never reported that way.

Now, in terms of taking Joe for granted or selling him short because he’s likable — you know, likable counts for a lot in politics. But, it isn’t everything. Likability can be trounced. Let me ask you this. Of all the characteristics — be honest with yourselves when you answer this — in all the characteristics that you recognize in Donald Trump, how many of you would put likability at the top? I doubt that a majority of you would. 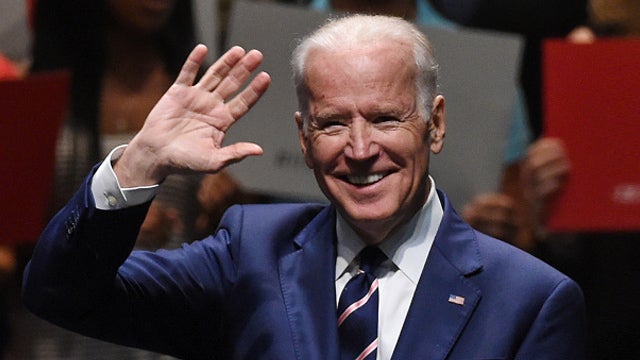 But likability, if a politician has it, it is really difficult to overcome it. Obama is the quintessential example of likability. If a politician has a lot of that, then people will never notice and won’t care about whatever ideology or policy problems the candidate presents. So here comes Obama, very likable. The fact that his preacher is an anti-American zealot, it didn’t matter. We like Obama.

The fact that his mentor was a guy that blew up government buildings didn’t matter. We like Obama. The fact that he was in the choom gang in high school, the fact he’s doing all these other crazy things, Barry Soetoro one year and Barack Obama — doesn’t matter. Likable. Besides, we love his wife. So it does, it counts for a lot. And it can overcome other problems and deficiencies.

The thing is that Biden has never on his own gotten anywhere near — this is new — being in the lead like he is in these two polls, he announced, he’s never been in this position before. Circumstances are different than the other times that he has sought the presidency. I gotta interrupt myself, though, folks, ’cause we’re out of time.