The Real Story of the Thomas-Hill Hearings

RUSH: Mollie Hemingway at The Federalist has a great piece today on Joe Biden and Anita Hill in 1998. And for her source material, she went back to the memoirs of Arlen Specter, who at the time was a Republican on the Judiciary Committee who asked Anita Hill some really, really tough questions and was beaten smithereens for doing so. Now, Biden on The View and any other places he can go in public, is out there apologizing. (impression) “Ohhhh, I’m so sorry! I mistreated Anita Hill. I didn’t do everything I could have. 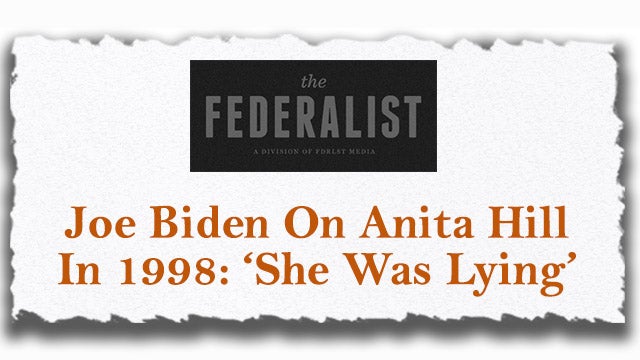 “I thought she was telling the truth. I thought she…” He was having to do mea culpas in front of the babes on The View and apologize for the fact that Thomas made it on the court. He’s out saying, “I believed Anita Hill from day one! I never doubted Anita Hill, and I think it was a travesty what happened, and I’m really sorry. I was the chairman of the committee; I’m really sorry for blowing this.” He thought she was lying. He didn’t believe Anita Hill, and the source for this is Arlen Specter’s memoirs.

“Former vice president Joe Biden repeatedly said on The View on Friday that he believed Anita Hill from the moment he heard her tale of sexual harassment by Clarence Thomas. But he previously told Sen. Arlen Specter that it was clear her testimony … included lies. ‘Not only didn’t I vote for Clarence Thomas, I believed her from the beginning. I was against Clarence Thomas!

“‘I did everything in my power to defeat Clarence Thomas and he won by the smallest margin anyone ever won going on the Supreme Court,’ Biden told [Maude] Behar. But in 1998, Biden admitted to Specter that ‘It was clear to me from the way she was answering the questions, [that she] was lying’ about a key part of her testimony. The exchange was published in Specter’s 2000 memoir, Passion for Truth: From Finding JFK’s Single Bullet to Questioning Anita Hill to Impeaching Clinton.'” That’s the title of Specter’s biography.

“The issue is important, as the media and other partisans rewrite the historical record about Hill and her accusations.” At the time, I lived it, folks. The Rush to Excellence tour was in full swing. I was out every weekend making speeches about this. And I never will forget this period of time. It was the world against Clarence Thomas. And the public opinion polls taken during and after — Anita Hill was never believed by the American people, and the Democrats and the media have rewritten this history.

And now, if you weren’t there and don’t know anything about it, you believe that everybody believed Anita Hill, that she was just railroaded by a bunch of white Republicans on the Senate Judiciary Committee. I’m telling you that’s the exact opposite of what happened.

She was lying, her character witnesses bombed out on her just like Blasey Ford’s did in the Kavanaugh hearings. She never had a majority of public opinion behind her. And she was also a late arrival. It was a last-ditch effort to make sure Thomas wasn’t confirmed.

“The widely watched hearings revealed inaccuracies in Hill’s various versions of events and ended with 58 percent of Americans believing Thomas and only 24 percent believing Hill.”

But if you read about it today, you’ll never read that stat. You’ll read that public opinion thought Thomas was a sexual harasser who should have never gone on the court and that everybody believed Anita, and it is a lie. There was no gap between the sexes in the results, by the way. As many women as men thought Anita Hill was lying.

“On ‘The View,’ Biden claimed, ‘If you go back and look at what I said and didn’t say, I don’t think I treated her badly. I took on her opposition. What I couldn’t figure out how to do — and we still haven’t figured it out – how do you stop people from asking inflammatory questions?’ 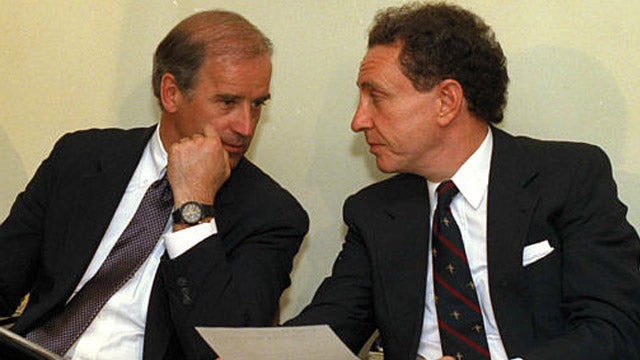 “Prominent media partisans attacked Specter for asking tough questions of Hill. Or really, just for asking simple questions she struggled to answer.” The reason the questions appeared inflammatory is because she had no answer for them. And because of that she looked uncomfortable. The questions were not inflammatory. They were entirely normal for the allegations that she was making.

“Specter began by noting that many people had reported Hill had praised Thomas and his nomination to the Supreme Court.” She did when it was first announced. They thought he was of great jurisprudential intelligence. She thought he had a great judicial mind. She thought he was a great choice in the immediate days after he had been picked.

“A former colleague at the Equal Employment Opportunity Commission, where both Hill and Thomas had worked,” corroborated that Anita Hill thought Thomas was a great pick. But when it came to the hearings, Anita Hill said (paraphrasing), “No, no, no, no, those people are remembering wrong.”

“She also disputed the former dean of her law school, who said she had praised Thomas as a ‘fine man and an excellent legal scholar.’ Then she claimed she didn’t know a woman named Phyllis Barry, who had told The New York Times that Hill’s allegations ‘were the result of Ms. Hill’s disappointment and frustration that Mr. Thomas did not show any sexual interest in her.’”

She followed him around to every job he had. She was almost a stalker. He never had any interest in her. This was a get back at him for not recognizing her tour in one regard. But this Phyllis Barry story is big. Phyllis Barry was EEOC. “Under questioning from Specter, in which he mentioned that two colleagues had provided statements attesting that she knew Barry, Hill was forced to concede that she knew her.”

“Specter then asked about the major contradictions between her testimony to the Senate and her interviews with the FBI.” She was telling the FBI one thing and then when she was called to testify to the Senate she changed her story entirely under coaching from people like Illinois Senator Paul Simon.

“Her testimony with the Senate was much more colorful and descriptive even though it took place just days after her FBI interviews. Finally he asked Hill about a USA Today article that claimed, ‘Anita Hill was told by Senate staffers her signed affidavit alleging sexual harassment by Clarence Thomas would be the instrument that “quietly and behind the scenes” would force him to withdraw his name.’”

This is the key. They made her sign an affidavit that all this sexual harassment had happened and they told her you’ll never have to testify because this will force Clarence Thomas to withdraw his name. And that’s why she did it. She never wanted to testify. She never intended to testify. The Democrats led her to believe she would never have to.

“Specter read from the article: ‘Keith Henderson, a 10-year friend of Hill and former Senate Judiciary Committee staffer, says Hill was advised by Senate staffers that her charge would be kept secret and her name kept from public scrutiny.’” They would approach Judge Thomas and he would resign. 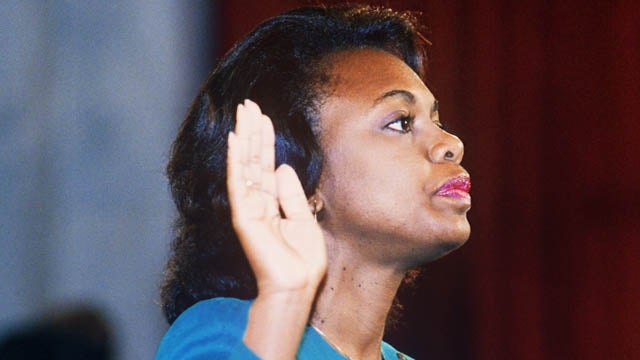 Specter asked her if this was true. Nine times she denied the claim. She said she could vividly remember events related to Thomas from many years ago. Anyway, they had a lunch break, somebody got to her, and she came back after the lunch break and admitted that she had been told that if she had just signed the affidavit, that that’s all she would ever have to do, that Thomas would resign.

She was caught telling so many lies herself or having less-than-stellar recollections of the past. And Biden is lying through his teeth. He told Specter a number of times that he had all kinds of trouble with her testimony and thought she was lying, and now here he is on The View saying “I believed every word she said. I never doubted her. I thought Clarence Thomas had no business being on the court.”

He’s groveling out there in front of these media women who are bullying him into submission. Folks, there are so many lies that are now part of the Biden Democrat campaign about Trump, about the economy, now about Clarence Thomas and Anita Hill, and it’s just gonna continue and get worse.