Highlights from Barr’s Spectacular Testimony, Which Made Democrat Heads Explode

RUSH: During the busy broadcast today, folks, I’m gonna be going back to yesterday for audio sound bites. Attorney General Barr was spectacular later in the day yesterday when we had gone off the air, we had concluded our program, and I wanted to play also for you the second half of the Mazie Hirono slander assault on the attorney general. I want to mix that with things that happened this morning. They’re all interrelated.

RUSH: Now, let’s go back to yesterday. Here we are starting with audio sound bite number 26. I want you to hear this. I referenced this. This happened near the close of the program yesterday. As you know, I say now for what must be the 10,000th time, there is an ongoing body of thought that the investigation into Trump colluding with Russia began at the end of June or July in 2016 when George Papadopoulos, at a bar in London, told the Australian ambassador that the Russians had 30,000 emails. And then the Australian ambassador named Alexander Downer then called the FBI. “Hey, you guys might be interested to know that there’s this Trump guy here bragging about the fact that they all know at the Trump campaign the Russians have some Hillary Clinton emails.” And that supposedly is what triggered the investigation.

It isn’t. It’s made up. Papadopoulos was set up by the FBI. The investigation began long before Papadopoulos had all this happen to him. As you who are regular listeners here know, Durbin tried to run the Papadopoulos story by Barr, and he didn’t get very far.

DURBIN: The Australian government had told our FBI the Trump foreign policy aid, George Papadopoulos, said he’d been contacted by a person on Russia’s behalf offering to assist the Trump campaign by releasing information damaging to Hillary Clinton. That was all in the Mueller report. Do you believe that it was an appropriate predicate for opening a counterintelligence investigation to determine whether Russia had targeted people in the Trump campaign to offer hacked information that might impact a presidential election?

RUSH: I’m sitting here in utter awe of the stupidity or arrogance of Durbin thinking that he’s gonna outsmart Barr on this. Barr knows the Papadopoulos story, and he knows that it has nothing to do with triggering an FBI investigation into collusion. Barr knows everything. His answer to Durbin was fabulous.

BARR: I’d have to see exactly what the report was for Downer, the Australian Downer, and exactly what he quoted Papadopoulos as saying. But from what you just read, I’m not sure what the correlation was between the Russians having dirt and jumping to the conclusion that that suggested foreknowledge of the hacking.

RUSH: He just slices and dices it. This is what happened. These people on the left, they believe the crap that they’re fed by their media or by their own sources and staff. So they’ve got someone out there who believes that this whole thing began when Papadopoulos, on the Trump foreign policy advisory team, was running around bragging that he knew that the Russians had a bunch of Hillary Clinton emails. So Durbin’s question is, “Don’t you think that’s a legitimate reason to start investigating Trump? Don’t you think that’s a legitimate reason to launch a counterintelligence investigation?”

Barr says, “Well, you know, I’d have to actually see what the report was from Downer, the Australian,” see, he knows who he is, “and exactly what he quoted Papadopoulos.” This is Barr’s way of saying, “You’re not telling this story accurately, Senator. You’re trying to get away with setting me up, Senator, but you’re not telling this story accurately, and I’m not gonna fall for your premise.” And then the double slice: 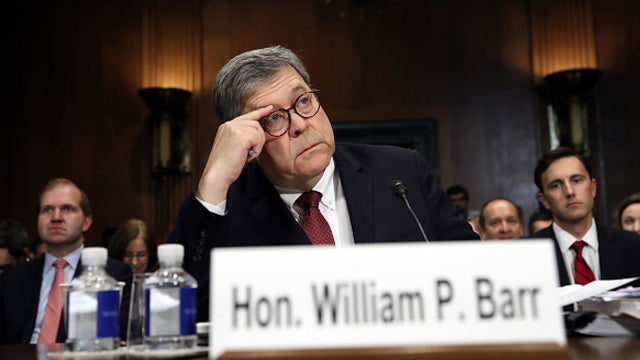 “But for what you just read, Senator, I’m not sure what the correlation was between the Russians having dirt (i.e., Hillary’s emails) and then jumping to the conclusion that that suggested foreknowledge of the hacking.” I’m sure Durbin’s sitting there with his head exploding. “What do you mean, hacking? I didn’t ask you about hacking.” Yeah, but what Barr knows is that the hacking of the DNC servers happened long before this Papadopoulos stuff did and at about the same time.

There’s no correlation between the two. The Democrats, one day, think that it’s the hacking of their servers that required this investigation to begin. That Trump might have known about it! It’s just convoluted and all over the place, and it’s like they know 30% of something while thinking they know 100% of it, and they’re asking somebody who does know the full story, thinking they’re smarter than he is.

RUSH: By the way, Durbin’s Papadopoulos story — well, their Papadopoulos story — also doesn’t jibe with the claim that the Russians only tried for the first time to hack Hillary’s emails after Trump’s joke. Remember we had that yesterday. (impression) “The Russians, five hours after Trump’s joke, made their first effort — made their first effort — to hack Hillary’s email.” Her server had been shut down for a year. Mueller’s report is full of so much BS and so much incorrect information, it’s hard to know whether it’s purposeful or not.

Trump’s joke was in July 2017. Papadopoulos was told the Russians had her emails in April of 2016, and started telling other people about it that summer. Something here doesn’t compute. None of this makes any sense, because there’s so many people involved in setting up this scam that not everybody knows the timeline and details. You’ve got different people who think they know what happened telling different stories, and it’s gonna fall apart. 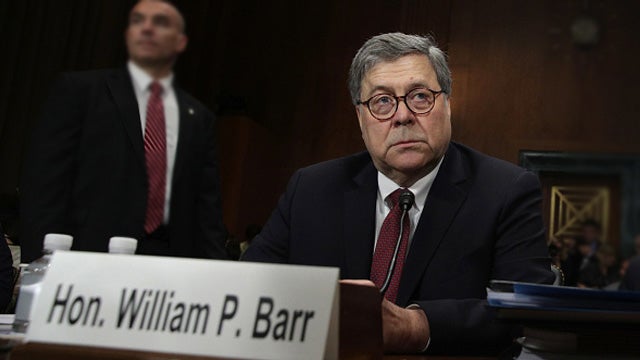 BARR: I don’t know the answer to that.

CRAPO: Are you investigating to determine that?

CRAPO: Did the Department of Justice, the FBI, and other federal agencies engage in investigative activities before an official investigation was launched in July 2016?

BARR: I don’t know the answer to that, but that’s one of the —

CRAPO: All right. Thank you very much, Attorney General.

Listen to Barr’s explanation. This is brilliant.

BARR: In the situation of the president, who has constitutional authority to supervise proceedings: If, in fact, a proceeding was not well founded — if it was a groundless proceeding, if it was based on false allegations — the president does not have to sit there, constitutionally, and allow it to run its course. The president could terminate that proceeding, and it would not be a corrupt intent because he was being falsely accused and he would be worried about the impact on his administration. That’s important, because most of the obstruction claims that are being made here or episodes, do involve the exercise of the president’s constitutional authority. And we now know that he was being falsely accused.

RUSH: I mean, the explosion that happened on this sound bite! When he said this, these people, their heads had to explode. In this sound bite of 48 seconds, Barr is saying everybody knows the president was falsely accused. Therefore, if he’s falsely accused and he knows he didn’t do it and there’s an investigation into what he didn’t do, he cannot obstruct it, especially when he is exercising constitutional authority.

The president doesn’t have to sit there and allow a bunch of lies to be told about things he did not do that would result in harm to his administration. He doesn’t have to sit there and put up with it! If he knows that he is falsely accused — and we all know now that he was, Barr said — the fact that he is trying to stop an unfair and unjust process does not mean he obstructed. Folks, I guarantee you, this one bite there is the reason they are losing their minds last night and continuing into today.