RUSH: Let’s go to the audio sound bites. Mrs. Clinton apparently can’t follow the advice to shut up and waddle away. She opened on PMSNBC last night. By the way, I should also point this out. CNN’s ratings are in a free fall. 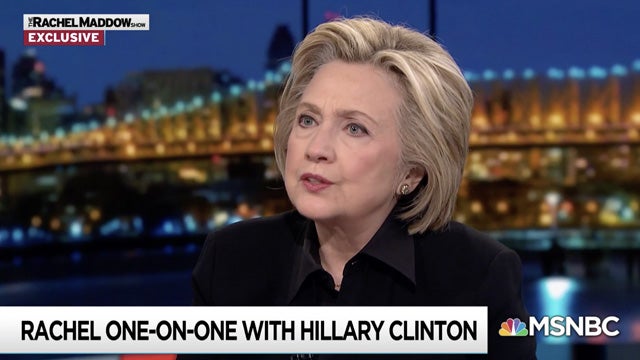 They are a national cable network with an audience now in the 300,000s. Their audience is down 26% over what it was a year today, and it’s continuing to plummet — and if it weren’t for the fact that they’re on in airports and that there is CNN International, they wouldn’t have anybody watching. MSNBC, ever since the Mueller report came out and it was nothing, their audience is flittering away.

Tell ’em, “I’m living the dream.” That will get their attention.

“Hey, I’m alive, I’m in the United States of America, Rush Limbaugh’s on the radio. I’m living the dream.”

Tell ’em that. You and I are living the dream. These people are living a lie, and it is destroying them. So Rachel Maddow asks, “Have you learned any more about what happened to you and your campaign that you didn’t know about reading this report?”

HILLARY: What I learned is that the Russians were successful. One of the things that concerned me in the Mueller report is when it’s written, that they didn’t investigate whether or not the Russian active measures actually changed votes or affected the outcome because they assumed someone else was doing that. They assumed the FBI was doing that. And then we learn that there is no concerted effort going on anywhere in our government to try to understand what it means that, for example, at least one county in Florida was breached. But not only that, the network of election machinery in, uhh, one area. What’s all that mean?

RUSH: Ladies and gentlemen, here is the Hildebeast now claiming that Russian collusion affected votes, changed the outcome of elections, affected voting machines. Mueller never asserted this. In every indictment of so-called Russian troll farms it was announced that no American was involved, no vote was changed, the outcome of no election was affected in every indictment that Mueller handed down about these Russian troll farms.

Well, I don’t know if she’s an expert on network security or not, but I find it ironic as hell that the woman worried about what the Russians were doing was the one who paid them to tamper with the election! It was Hillary Clinton, as you all well know, who bought and paid for the dossier that was filled with lies that attempted to link Trump and Russia in an effort to steal the election.

So I’ve been asking myself, Hillary Clinton watching all this for two years knows full well that all of this is because of something she paid for that was a total lie. I just wonder day to day does she rub her hands together in glee and talk about what — ’cause I’m gonna tell you something, folks. I don’t think you can find anywhere in American politics — and you feel free to correct me if I’m wrong — the Steele dossier cost $10 million. I don’t think you can find a $10 million political expenditure that had more impact on the American political process than Hillary Clinton’s $10 million for this dossier.

This $10 million, the return that they got on this, it may not have gotten ’em what they wanted, but I have never seen more damage done to the American political system with $10 million than this Hillary Clinton expenditure.

RUSH: One more Hillary bite, then to the phones. And this is juicy. Last night, MSNBC, Hillary Clinton talking about Russia and China. Listen to this.

HILLARY: Why should Russia have all the fun? And since Russia is clearly backing Republicans, why don’t we ask China to back us? And not only that, China, if you’re listening, why don’t you get Trump’s tax returns? I’m sure our media would richly reward you. 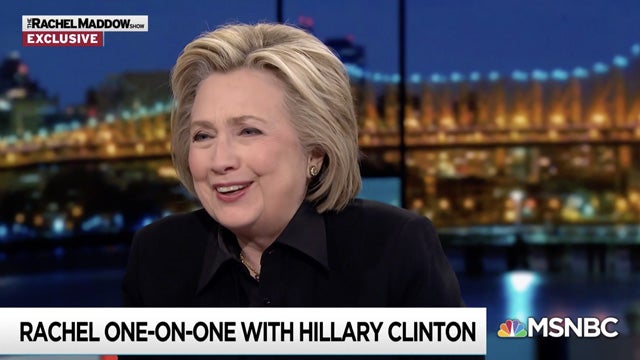 RUSH: Is this woman not pathetic? She’s out there trying to steal Trump’s thunder with his joke. The woman who did bring the Russians into the 2016 campaign. She bought and paid for the dossier, she is the reason, she colluded! The IRS has Trump’s tax returns, Hillary. Now, let’s see. Will the media get mad at Mrs. Clinton for asking the Russians to hack Donald Trump? “Oh, it was just a joke. She was just kidding, of course.”

This woman is pathetic. Going from “Donald Trump will not agree to announce he lost the election if he loses the election. Donald Trump poses a great threat to our democracy,” to look at these people still trying to find a way to win the 2016 election.

RUSH: Atlanta. This is Brian. I’m glad you waited, Brian — very much so — and welcome to the program. Hi.

CALLER: Thank you very much, Rush. It’s a pleasure to talk to you.

CALLER: I’m a stage-4 cancer patient, and I listen to you as often as I can, and I gotta tell you: I can’t even put into words how much I appreciate what you do for all of us every day. Rush, we’ve talked about Hillary, and Mr. Barr going after her. She has a tremendous following in this country and I’m curious what you think the effect would be on the country overall if they end up going after Hillary Clinton.

RUSH: (long sigh) I imagine that the left is gonna go bonkers. I mean, they’ve gone bonkers because she lost.

CALLER: Do you think we’d have rioting and things like that?

CALLER: I think it would split the country apart.

RUSH: The country is being ripped apart! Already the country — 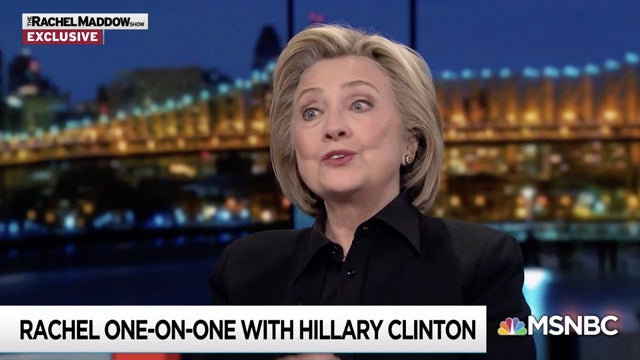 RUSH: Are you suggesting that maybe we draw the line at Hillary and maybe not follow the trail to her?

CALLER: I can’t do that. I’m with you. I think she should be imprisoned or found guilty of something for this.

RUSH: Yeah, I do, too, if she’s guilty. Look, the bottom line… Everybody is worried about what this will do to the country. What’s it doing now? The country is being ripped to shreds right now! Decent people are having their lives destroyed and ruined for not having done anything that even comes close to warranting that kind of treatment! People’s lives ruined and sent to prison for things that didn’t even happen until this investigation began, things that you could say were caused by this investigation.

The Democrat Party refuses to accept the election results of 2016. That’s what all it is about. They’re still trying to find a way to win the 2016 presidential election. That’s what all of this is. And the only way they can do that is to get rid of Donald Trump. Now, that still won’t put Hillary in office, but that’s just stage one. They’ve got to get rid of the winner! They’ve devoted their political futures and careers to it, and it’s tearing the country apart.

It’s creating enemies out of people and families who’ve been lifelong friends who disagree about this. So the question of, “Well, if the investigation leads to Hillary Clinton, will it tear the country apart?” Whatever it takes, folks. The Civil War and slavery tore the country apart, and it was bad, and it was bad for a number of years, and 500,000 people or more were killed in the process of rectifying it. If Hillary people can’t take it and it’s conclusively proven that she deserves to be punished, then that’s their problem, not ours.