Trump Discussed His Business Losses on The Apprentice!

RUSH: I have here a show open from Donald Trump on The Apprentice. I want you to listen to how Trump introduced himself as The Apprentice debuted on the NBC network. 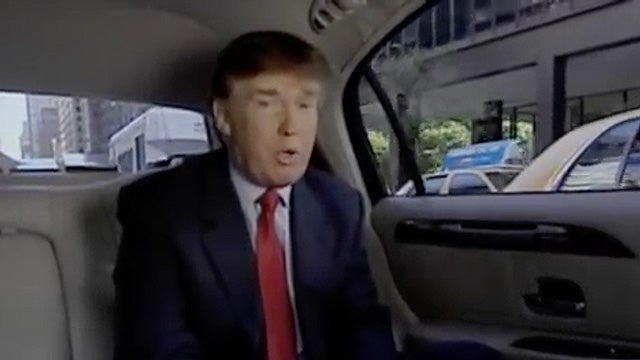 TRUMP: My name is Donald Trump, and I’m the largest real estate developer in New York. I own buildings all over the place, model agencies, the Miss Universe pageant, jetliners, golf courses, casinos, and private resorts like Mar-a-Lago, one of the most spectacular estates anywhere in the world. But it wasn’t always so easy. About 13 years ago, I was seriously in trouble. I was billions of dollars in debt. But I fought back, and I won, big league. I used my brain. I used my negotiating skills, and I worked it all out. Now my company’s bigger than it ever was and stronger than it ever was, and I’m having more fun than I ever had.

RUSH: So the New York Times is breaking these news stories three years ago and then yesterday that Trump lost a billion dollars, that Trump didn’t pay any taxes, that Trump’s a lousy businessman. Trump admitted it all! He admitted it all when doing his intro to the TV show The Apprentice. Trump has never hidden this, by the way.

And yet the New York Times twice now has acted like they have uncovered and discovered the biggest secret Donald Trump wants no one to know, when in fact Donald Trump has bragged about it, talked about it, written books about it. The New York Times has hailed him as the comeback kid. I’ll tell you, folks, the desperation on the part of the left is getting tough to watch here.

RUSH: By the way, that Trump sound bite we just played from The Apprentice in 2004, like 15 years ago. People are making fools of themselves and don’t know it yet, so they’re gonna keep doing it. And we’ll keep monitoring and pointing it out to you.