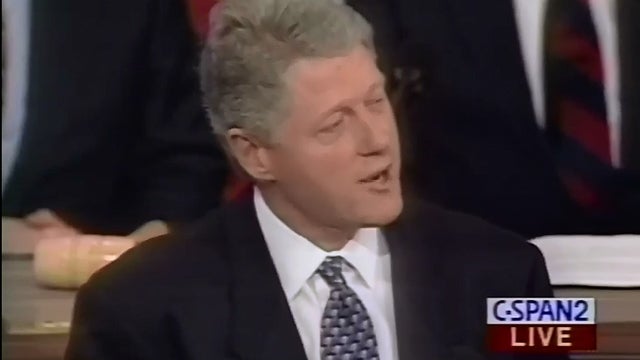 When people were asked if they thought he’d be reelected, they laughed, and that was the Democrats laughing. And he had come to office putting a lot of his cronies into positions that really, frankly, weren’t qualified. He was doing favors for people that he had known from Arkansas and other places and he was really seen as a bumpkin and he was an outsider to Washington. And then it was somewhere around the middle of his first term, after the shutdown of the government where he started showing some backbone and bringing in these skilled people —

CALLER: — to take on these important positions, when it started turning around. I see Trump’s replacing of the early appointees that he had that, frankly, shouldn’t have been there with people that I’m really impressed — Barr is one — and I see the tide changing here.

RUSH: Well, it’s an interesting thought process. I don’t… You’d have to believe that history repeats itself and there’s some sort of commonality here between Trump and Clinton and the circumstance. It’s almost 30 years ago. I don’t know that the factors in Trump’s reelection are gonna in any way approach the factors that were there for Clinton. But, look, I appreciate the call. Thank you very much.