Liberals Can’t Let You Live Happily in the Present

CALLER: Hi, Mr. Limbaugh. So a decade and a half ago, my mentor challenged me to go spend time with children and try to find out why they’re so happy. So I did, and my findings were that children are so happy because they’re so present, and they don’t have a great concept of the past other than the last five minutes — “Jimmy threw a toy at me and I’m crying” — or of the future, except, “Christmas is coming again this year,” or, “My birthday’s in July.”

They just live. “Today is today. Now is the moment.” For that reason, I really appreciated you taking the time this week to point out how liberalism has an agenda to keep people out of the present and to focus on the injustices of the past, to fear that the world is going to end in 12 years. To me, it’s a force of evil that wants to keep us human beings from being happy, from being present, from being childlike. So I just wanted to express my appreciation for you bringing that to us.

RUSH: Robbie from Sacramento was calling about an observation I made the other day about the fact that nobody lives in the present, everybody’s preoccupied with the past — well, the left wants you to be. The left wants you to be thinking about how rotten things were in the past, how unfair, how racist, how discriminatory, how sexist, how the country’s not great, nothing exceptional.

And they tell you the mistakes made back then by the country are so bad, so deeply entrenched that they can’t be fixed. Therefore, we need to remake America. We need to get people in that are gonna reorient it and get rid of the Second Amendment, this kind of thing. Then the future, they have you bamboozled there, too, because we’re not gonna make it another 12 years ’cause of climate change.

And so they’ve got everybody focused on the past and feeling guilty or regretful about it and afraid to death of the future, which makes enjoying life really hard to do, because the present is where you are. We’re all in the present. And if we’re going to enjoy life, we have to enjoy the present.

You can sit around and dream about the future. A lot of people do, in terms of setting goals. But you’re gonna be totally wasting your time if you wring your hands over how bad and rotten and guilty we should be over the past, particularly that part of the past where you weren’t even alive. You know, big whoop. You learn it for history’s sake, but living is in the present, and the left doesn’t want you living in the present.

Notice liberal ideology is constantly reminding you how guilty you are of the past, how bad the past was and how dangerous and deadly the future is. And if they get you preoccupied in both those then enjoying the present becomes problematic. And if you can’t enjoy the present, then you’re not gonna enjoy life.

Well, she was calling to say that somebody had made her study, a mentor of hers had made her study why kids are so happy. Not just babies, but why kids are so happy. And she came to the right conclusion. They don’t have any baggage yet, don’t come out of the womb with any baggage. And the way most people raise their kids, they want ’em to have fun, they want ’em to enjoy things, get serious about studying at the right age and keep ’em on the straight and narrow.

But you can see there are some parents who get started educating their kids early on where they’ve come from in the past, and some of them scare the hell out of them when they’re old enough about the future, but her point was the natural state of a human being before corruption is happiness, and it is! The natural state of any newborn is happiness.

If any of you have ever gone out and gotten a puppy or have had a baby, you know this. You look at them and you can’t miss the fact that they simply seem to be excited over nothing more than being alive. And it doesn’t take long to corrupt that. It doesn’t take long before people start taking for granted being alive. It doesn’t take long before people begin to not forget, but rather lose the awareness that their life is special and that there’s only one that we all get. You only get one shot, only one life, and you can spend it in as much misery as you want, or you can spend it pursuing happiness or contentment, it’s up to you.

But when you are first exposed as a young child, your natural state is happiness. And it’s amazing how quickly that can change depending on how a child is raised. And it’s an observation she was making to confirm my opinion. And to thank me for pointing out that the influences on liberalism tend to destroy happiness, and they do!

The last thing totalitarians really want is people to be happy. You would think it’d be the opposite. Want ’em happy and supplicant, but no. Maybe happy, but have given up on escaping the bounds of the totalitarian state. But, no. Chaos, misery, unhappiness, that’s the natural state that they want you in because they then are constantly promising you how they’re gonna fix it all for you. Like they’ve been doing to every constituency of theirs for as long as I’ve been alive.

The African-American vote is a prime example. For as long as I’ve been alive, the Democrat Party has been promising and assuring the black population of this country that their emancipation, that their freedom, that they’re getting even with whatever was done to ’em in the past or their relatives, it’s gonna happen, we Democrats are gonna make it happen, we Democrats are gonna take care of you.

The same thing with women, same thing with any other minority, and take a look at ’em. No matter what constituency group you’re talking about that’s been loyal to the Democrat Party, they are enraged every day. They’re running around constantly mad. They’re mad about something because the promises that have been made to them are promises that cannot be concept. Because the kind of changes the Democrats promise you are things that you have to do yourself. But the Democrats make it impossible for their constituents to do things themselves because they turn them into victims.

The moment you become a victim you have admitted you have no control over your life, that you are a constant smudge of dirt that people are walking all over and sweeping around. That’s the exact state that they want you in. People who are self-reliant or who want to be self-reliant have a much better chance at finding happiness in their pursuit of happiness. 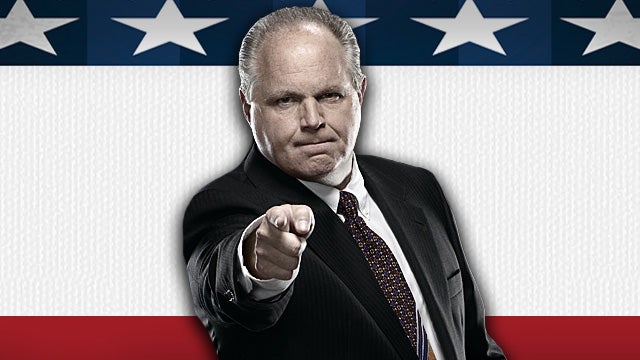 The fault lies with liberalism and the Democrat Party. They are the reasons that people have stations in life that are less than they could be and thus disappointing, dissatisfying, and enraging. And they deflect the responsibility for this by blaming their political opponents. That would be Republicans and conservatives.