Pop Quiz: What City Has the Most Billionaires?

RUSH: A little pop quiz here. What city in the world has more billionaires per capita? 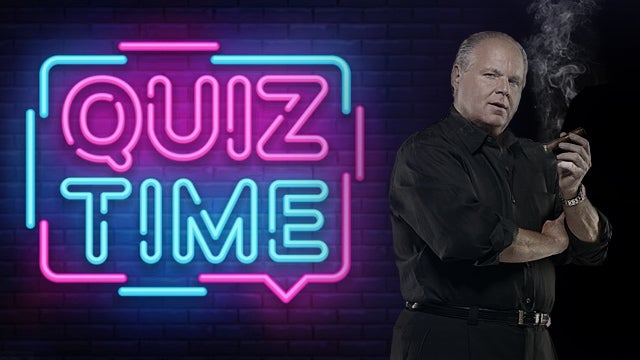 And I’ll give you a little hint. In this city that has more billionaires per capita, there is a billionaire for every 11,000 people in the population. What city is it? There’s no prize if you get it right ’cause you could go Google it and look it up.

RUSH: By the way, this is the answer to the pop quiz: There are more billionaires per capita in San Francisco than any city in the world. There’s one billionaire for every 11,000 people, including the homeless. How are you doing, Tim?

CALLER: It’s the complete inverse of that for conservatives.

Anyway, hey, Rush, two quick points, and I want to get your comment on them. Point number one. You know, Attorney General Barr has been kicked around so much; his credibility’s been besmirched. He ought to just say, “You know, you’re right. Everybody’s questioning my judgment here. So going forward with this investigation on the start of the Russia thing, we’re gonna appoint a special prosecutor.”

And he ought to appoint someone that’s Mueller-like and who hires rabid conservatives on their staff just like Mueller did with them. The reason I say this is because for all the talk of Barr going and investigating this, I’m a little concerned. He has not done the things that Mueller did. For instance, he has not impaneled a grand jury. He is not bringing people in and putting them under oath and squeezing them and using prosecutorial tactics.

RUSH: Wait. We don’t know what he’s doing yet.

CALLER: Well, that’s the thing. We did with Mueller. Mueller, it was broadly broadcast when he went and impaneled a grand jury. So I think this is… Maybe Barr is taking this as kind of, “Aw, I’ll investigate this like a blue-ribbon panel.” I want to see prosecutorial type of tactics that were used on the Democrat aspect with Mueller.

RUSH: Look, I understand it. I do. I understand. Part of it is you want them to get the experience that they dished out everybody else. That’s part of it. The other thing is, for the sanctity of the investigation, you want it to go as a normal prosecutorial investigation would go. We don’t know what Barr is doing. We know how he’s going about it. We’re not even sure he’s going to. We’re just under the impression it’s gonna happen. But if he’s gonna do it, I guarantee you he’ll do it in a way that whatever he finds will stand up.