RUSH: Now, let’s go to the audio sound bites. Grab audio sound bite number six. We have a montage here of the Drive-By Media suddenly understanding how taxes hurt people. When it’s time to explain the Trump tariffs, now all of a sudden the Drive-Bys seem to know everything about taxes.

KRISTEN WELKER: (voice over/b-roll noise) You could pay higher prices on thousands of products like electronics, appliances and furniture, to basic items like clothing, bedsheets, shampoo, and cereal.

BEN TRACY: Companies can either take on those costs and make less money, or they raise prices on U.S. consumers, which is what often happens.

JOE SCARBOROUGH: What’s so important for American taxpayers to know is that this is a $200 billion tax increase on them.

JOHN BERMAN: …amounts to a sales tax on U.S. consumers.

BRUCE HEYMAN: Tarriffs are taxes and they tax the people who can least afford it.

TERRY MORAN: (b-roll noise) Prices on consumer goods, like televisions and cars and even some food items, beauty products, they’re going to go up. But he wants to tell people there’s no pain. He’s wrong! There will be!

GEORGE STEPHANOPOULOS: There will be pain.

RUSH: Why do we get this? Why don’t we get this kind of explanation when the Democrats talk about raising the minimum wage? Because that’s a tax, that is a tax on employers. And the truth about the minimum wage is that it shuts down restaurants, for example, and it shuts them down in liberal cities like Seattle and San Francisco. Why don’t we get explanations like this when Kamala Harris or Ocasio-Cortez come along and want to talk about raising your taxes?

But now, now they can use this against Trump. Now they can blame Trump for raising taxes, not Democrats, and look how they cannot wait to explain it to people. As usual, they don’t know what they’re talking about here. Their arrogance and their condescension prohibits them learning anything. Here’s Christine Romans, CNN, today explaining all the ways that you are going to feel the pain of Trump’s tariffs. 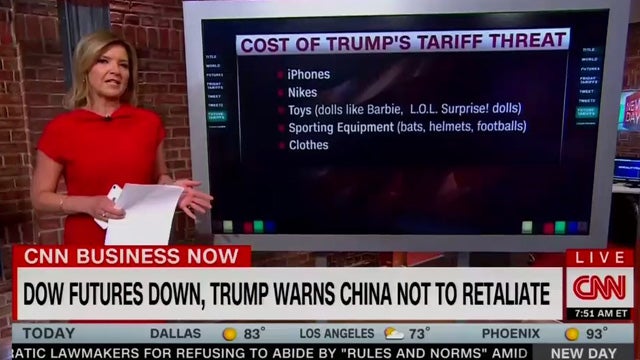 ROMANS: We’ve got all of these items that are now gonna have tariffs, and there are more items that could be coming. We’re told us that they’re preparing a list of other things that could get some big tariffs here: iPhones, Nikes, all kinds of tennis shoes, toys, sporting goods, um, and clothes. And these are things consumers will feel right away. You would notice if you go to targeting and suddenly your bill is 25% higher.

RUSH: Your bill is not gonna be 25% higher at Target. But nevertheless, these people are now doing the work of the Chinese communists. The Drive-By Media is making the case for the Chinese communists and trying to tell you that it’s Donald Trump responsible for all of the pain that you are suffering or are going to suffer. But here’s the real insult. This is Jill Schlesinger, CBS This Morning. She was asked by a co-host, “As a consumer, what are we gonna be paying more for now? 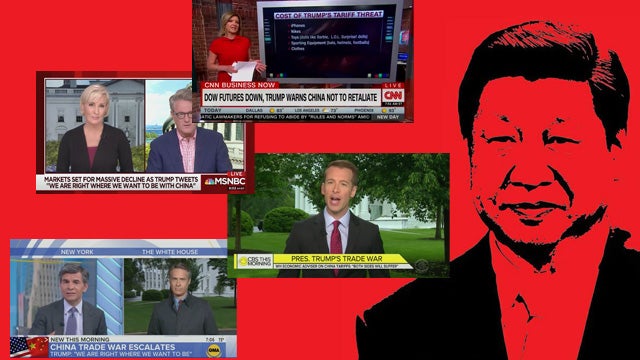 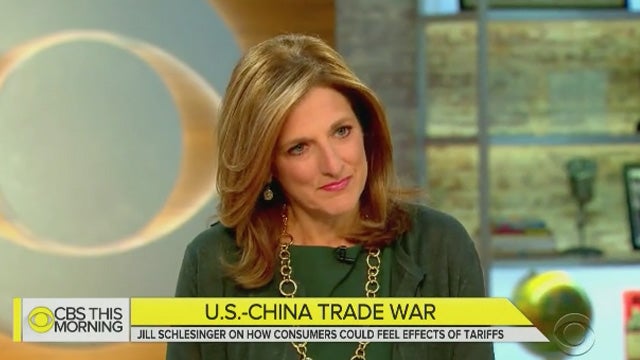 SCHLESINGER: Dog collars. Norah and I are very upset about this. Baseball mitts, back backs, luggage, leather hand bags, the fabric that goes into fleece! There are thousands of items on this list. If you like some of the foods that comes in — beets, carrots, kale. It’s just an enormous number of products that could be impact.

RUSH: (impression) “Oh, no, kale! Oh, no. Oh, no. Beets and kale? Oh, my! Oh. Oh, this. This is horrible. Horrible. Dog collars and shampoo. Oh, no.” See? Whenever they think they can hurt Republicans, they’ll explain tariffs and tax increases. When the Democrats propose real tax increases on real productivity and income, you don’t get anything like this. I’m just gonna tell you, the Democrats’ economic policy does far more damage than whatever Donald Trump’s tariffs in the short term on the ChiComs are going to cause.

RUSH: Welcome back, folks. Let’s get started on the phones. St. Petersburg, Florida. Tom, great to have you with us, sir. Hi.

CALLER: Hey, Rush, what a pleasure and an honor to talk to you. I am a first-time caller, longtime listener, and what you’re telling everybody is exactly correct. Trump is doing the right thing. Being an experienced businessman for 30 years doing international trade with China, I can tell you: Businesses already have these things factored into their business plans. The tariffs —

CALLER: Well, they have tariffs figured in there, and never once will that affect your negotiations. These companies have long-term agreements with other companies so that the prices won’t change for one, two, three, even four or five years.

RUSH: So you’re saying that because the factors in all these companies trading with China have been included, such as potential tariffs and this stuff… You’re saying that these tax increases the Drive-Bys are talking, the new increased prices, we’re not gonna see for years because they’re operating on contracts made way in advance and still in play?

RUSH: Well, it makes… Well, let me just ask you this, play devil’s advocate. These contracts have been made and they’re enforced, these companies you’re talking about importing Chinese products with new tariffs on them. What’s to say the Chinese are gonna continue to honor these contracts and not tell these companies, “Hey, if you want to continue doing business tear ’em up and we’ll negotiate again with these tariffs included?” What’s to stop the ChiComs doing that?

CALLER: They don’t want to lose that business. You know, there’s other countries that can make stuff. Microsoft buys stuff from China, Apple, but they can buy it elsewhere too.

RUSH: Some, yeah. The Chinese products are attractive for a lot of reasons. Well, deals with Chinese manufacturing. Their labor costs are much less than they would be in the United States for manufacturing things. But that does makes sense. If existing agreements between companies here that import ChiCom-made goods are in force, and in force for another two to three years, then whatever is happening here will not show up until after — and probably never because this is going to get solved at one point.

Now, you’re gonna see in the media — and I’ve already seen it, which is why I am passing this on. You’re already seeing some of these scare-tactics stories in the Drive-By Media say, “Why, you know what? Why, these tariffs may be permanent! Why, we may have a new round of permanent trade-war status with the Chinese.” I saw that and said, “These are the same people that told us the economy of Barack Obama was the new normal:1% economic growth.

“‘The United States’ greatest days are behind us. Get used to it, gang. We didn’t really deserve all that robust economic activity in the past. It was all phony. This is the new normal. This is the new real: 1% economic growth. We’re the people to manage it.'” These are the same people saying. “We may be in a permanent trade war with the ChiComs.” I’ll tell you, there is so much…

Call it idiocy, stupidity. It really is ignorance on the part of the Drive-Bys, even including economic journalists which really have no idea what they’re talking about. They reduce it down to the single common the denominator: “How can we hurt Trump? How can we report this and hurt Republicans?” and that is the specter through which they see everything.