RUSH: Now, Lindsey Graham. Senator Graham. This is great. He was on Fox News’ Sunday Morning Futures with Maria Bartiromo yesterday — and, by the way, this Horowitz report? Guess what? Maria Bartiromo yesterday said on her show on the Fox Business Network that sources are telling her that the inspector general report that’s currently… Well, we’re waiting for it. The investigation is underway about the FISA warrant application process using the Steele dossier.

She’s saying that her sources have told her that this report is going to detail the media’s role in perpetuating this hoax. I think there are a lot of people in that town that are getting really jittery, really frightened. I think you can see it. Let me find… The Washington Post has a headline that ran, I think, Sunday — yesterday. Let me find it. Here it is. Look at this headline. “Trump and His Allies Are Blocking More than 20 Separate Democratic Probes in an All-Out War with Congress.”

So now Trump and his allies are blocking more than 20 separate Democrat investigations? Over what? (sputtering) “Well, he — he — he might have wanted to obstruct.” No. Oh, and the New York Times has a head. The New York Times has a… This is so duplicitous, this is even worse. Don McGahn. You’ve all heard the story by now that Trump supposedly told McGahn to fire Mueller, and that McGahn said, “I’m not gonna do that! That would be obstruction of justice, and I’m not gonna get anywhere near that,” and so forth.

Trump is denying that that happened. Well, the New York Times has a story. I must not have printed it out. But I can do it from memory. The New York Times ran a story. The headline: “McGahn Refused Trump’s Demand to Tell the Nation that Trump Did Not Obstruct Justice.” That headline makes it look like Trump obstructed justice and wanted McGahn to lie about it. The truth, if you read the story, is McGahn did tell the investigators in his 30 hours of interviews that he did not think Trump obstructed.

All Trump wanted was for McGahn to say it publicly, just like Trump wanted Comey to say publicly that he wasn’t a target. Comey had told Trump, “No, you’re not a target.” Comey lied to Trump, by the way. But Comey told Trump, “You’re not a target.” Trump wanted Comey to say it publicly; Comey wouldn’t. McGahn did tell Mueller in his 30 hours of interviews that he didn’t think Trump obstructed justice. So Trump wanted McGahn to say so. The New York Times headline reads (and I’m having to paraphrase it) “Trump Demanded McGahn Tell the Country That He Didn’t Obstruct Justice,” makes it look like Trump is asking McGahn to lie. 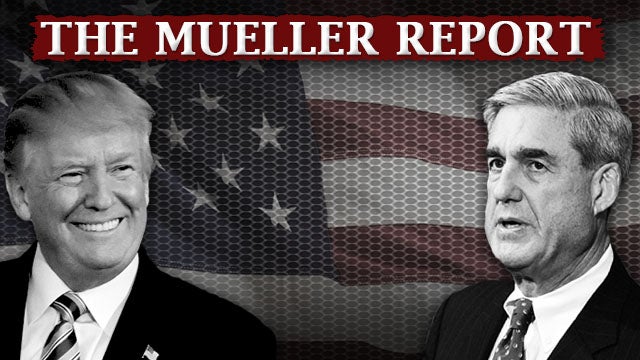 It’s the 13th paragraph all over again. If you read to the 13th paragraph, you will find the truth of the story. The headline is totally the opposite, it’s totally misleading, and it’s designed to make people who only read headlines believe one thing while the story says something entirely different. Here it is! “New York Times revealed McGahn told Mueller’s team that he thought Trump never obstructed justice.” That is the story.

It’s no wonder he calls these people the enemy of the country.