I can’t stand when people eat (impression) with their mouths open. I can’t stand it when people talk when they’re eating. Just swallow, will you, and finish what you want to say! I didn’t want to get up and leave the table. I cannot handle it. Now, you couple that with one of the best-known rules in all of politics: You do not ever let yourself be seen eating. You never do it. When you go meet Al Sharpton at Sylvia’s up in Harlem, you sit there and you don’t eat. Caroline Kennedy blew it by eating when she was up there. Somebody else just went up there to meet Reverend Sharpton, and they started… (interruption) Was it Mayor Pete?

Was it Mayor Pete that was eating? I thought it was somebody else. Was it Mayor Pete who asked how you eat the chicken? Pick it up with your hands? (interruption) Could he use his fingers? Okay. Well, there’s somebody knows how. So I guess it was a legitimate question. But, at any rate, wait ’til you hear what we have here. Jerry Nadler appeared on a video podcast interview with John Harwood. John Harwood’s one of the biggest anti-Trumpers out there in the mainstream media. New York Times. Wall Street Journal.

The guy is a profound, prototypical elitist, and he’s interviewing Nadler. Now, Nadler is chairman of the House Judiciary Committee, or I think it’s… I get the committees confused. (interruption) Judiciary? Yeah. Nadler used to be grotesquely overweight. I mean, look, there’s no reason to deny this. Nadler used to weigh, what, 600 pounds, 500 pounds? Well, I mean, he weighed a lot. He had to get some kind of surgery. (interruption) Is it lap band? Is that what he got? 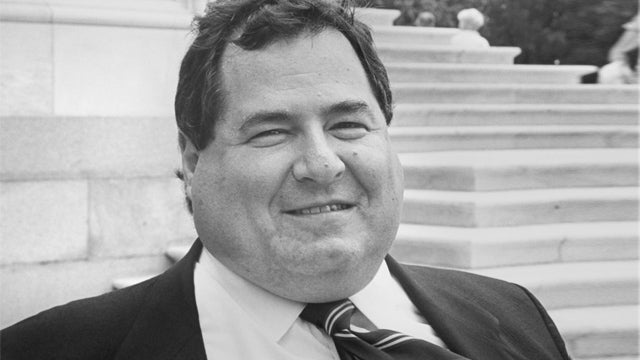 Kind of like Rex Ryan. Rex Ryan just took his out after a while. (laughing) I guess you’ve got… I don’t know about this lap band stuff, but I guess there’s a dial that you can turn to tighten it or loosen it yourself. Anyway, Nadler lost a bunch of weight and has kept it off. I cannot believe what I heard. I saw this. I actually saw the video. I just want you to hear this. This is Jerry Nadler being interviewed in a New York City restaurant Speakeasy with John Harwood is the podcast. We put together a montage just… I can’t believe Nadler did this. I cannot believe somebody in politics would actually do this. Listen…

RUSH: It just drove me crazy looking at this! I couldn’t take my eyes off of it. I could not believe this was happening, and you should see it. Harwood is sitting there; they both have plates of food in front of them. Harwood? Eh, he doesn’t eat much. Nadler is ripping bread apart, clicking the plate with the fork, taking the glass, slurping whatever is in the glass. Now, that’s a montage, but that was pretty typical. We didn’t really exaggerate anything there.

I’ve never seen anything like it, other than in a movie when it’s part of the script. (Groan!) It just drove me crazy. Of course, I was watching Nadler do it. Since I wasn’t actually there, it became entertainment. But had I been there, it would have driven me crazy. I would have had to get up and leave that table. I cannot… I just cannot deal with it, and I think one of the reasons why is because how rude must somebody be to make that kind of noise when they’re eating and be unaware of it. So I think in addition to being irritating, it’s insulting as it can be.

Now, Nadler is out telling any microphone he can find that Trump is acting like a tyrant and a dictator.

RUSH: This is all so bogus. Can’t hold Trump accountable? He just underwent… How many years has this been? They’ve been try to get Trump thrown out of office since 2016 if not earlier. It’s 2019. Let’s call this three years. There has been almost a two-year Mueller investigation where people associated with Trump tangentially have been ruined, have been wiped out, have been destroyed. It was a purposeful effort to drive Trump out of office, to overturn the election results — and Trump did not obstruct it.

He sent his White House counsel for 30 hours of interviews with the special counsel and his team. He turned over a million documents. What is this Nadler saying that the president’s acting unaccountable? What they’re saying is that the House Judiciary Committee has no right to a do-over of the special counsel investigation of President Trump. And that’s why they’re refusing these broad demands for records and testimony from all kinds of people on the White House staff. “White House counsel Pat Cipollone’s letter to [Nadler] constitutes a sweeping rejection — not just of Nadler’s request for White House records but of Congress’s standing to investigate Trump for possible obstruction of justice. 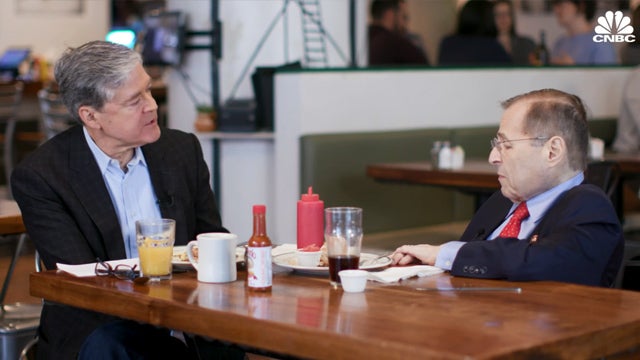 “In his letter, Cipollone repeated a claim the White House and Trump’s business have begun making — that Congress is not a law enforcement body and does not have a legitimate purpose to investigate the questions it is pursuing.” But more than that, they don’t get a do-over, and this is not a claim invented by Trump. It’s as old as the Constitution. Congress is not the executive branch where the prosecutions begin, and it’s not the judiciary where prosecutions are decided.

The House of Representatives is not supposed to be 435 prosecutors or special counsels. But the argument that they don’t get a do-over is all they need to hear. But it’s also all they’ve got. In a political sense, it’s amazing to watch the Democrat Party deteriorate here, to flail about, to end up on the defensive totally while thinking they’re on the offense.