RUSH: Here’s Randy, Salem, Oregon, back to Open Line Friday we go. How you doing, Randy?

CALLER: Good. Honoring to speak with you, Rush. I think that Trump should consider placing Pence on the ticket next year. My reasons behind saying that are that I think that Pence is low energy, I don’t think that he brings much to the party demographically, and I certainly don’t think he has the charisma to carry the party on his shoulders in 2024. Some fire-in-the-belly people that I would like to see him consider would be somebody like Ted Cruz, maybe a Judge Jeanine, or really blow the Democrats minds and put somebody like Donald Jr. on the ticket in 2020. 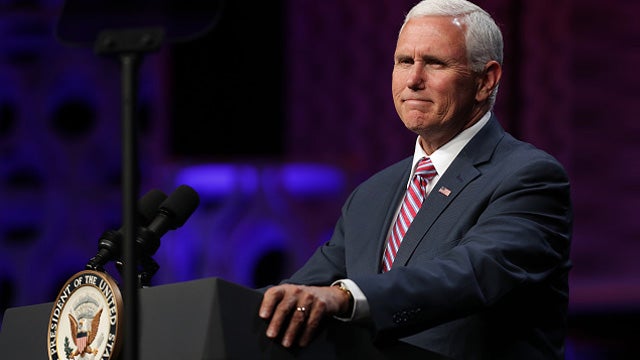 CALLER: I… Uhhh… I don’t know how he thinks.

CALLER: She has the fire.

RUSH: Yeah, but it’s more than that. Trump is gonna carry the ticket. Trump’s gonna be the demographic and the energetic engine. Pence’s role here… Like so much of the Trump presidency, Trump campaign, it throws out these formulas where you pick a vice president from a state that you don’t think the nominee can win. You pick a vice president because maybe it can get some demographic. That’s not why Pence is there. Pence is there to provide an ideological grounding. He’s a prime adviser to Donald Trump.

He is in the Oval Office. He’s in the West Wing every day. He doesn’t seek the limelight. He’s not trying to be seen as any kind of equal player. But his role is deeply and profoundly important, and Trump respects the heck out of him. Now, I have no idea if Pence is gonna be on the ticket. I haven’t heard any of the speculation. You bringing this up in this call and the first that I’ve heard anybody really, seriously address it — and anything can happen.

Pence may decide he doesn’t want to do it again. I have no idea. I don’t know what Pence’s political aspirations are, if he wants to someday run for the White House or whether he wants to go back and be a talk radio host and be Rush Jr. Well, it’d be Rush IV in this case. What was his nickname? He did a talk show in Indiana. They called him “the laid-back Rush Limbaugh,” some such thing as that. But his role with Trump has always been one of an anchor, if you will.

Some of the policy things that Trump is engaging on, Mike Pence has a crucial role in being influential about. So he’s not a potted plant, and he does not serve the traditional vice president role. Like, Biden’s gonna have to pick somebody that will help him pick up slack where he doesn’t have any. Trump doesn’t need anybody like that. Trump is not the kind of nominee that people will vote for if they like the vice president. Trump’s gonna win it up or down.

Pence’s value during a campaign is not to pick up people that Trump doesn’t have. It’s to maintain the base, it’s to continue to provide confidence in the base, and to remind everybody of what the ideological underpinnings of the Trump administration are. Because Trump is not, per se, an ideological guy. His instincts take him straight down the middle of conservatism, but articulating is not what he does. That’s what Pence does. But having said all that, I don’t have any idea what even Pence wants to do going forward.

RUSH: Here is Andrew in Bloomington, Illinois. Great to have you, sir. Hi.

CALLER: Hi. Hey, I know I’m at the end of hour and short on time. I’ve been told to speed it up. I agree earlier regarding getting rid of Pence. Not to dish Pence, but we need a VP who is gonna meet four requirements. They will run in 2020 and have a chance of winning. They will support and continue Trump’s policies. They’re gonna have deep pockets and financial support outside of Washington special groups. And, fourth — which is really gonna be important — is they need to be a minority to appease the “woke” crowd. Now, I agree with your earlier guy. Now, I understand what you said earlier is saying that, you know, Pence has a purpose. But he could serve that purpose as a cabinet member. We need a VP that is gonna be able to continue in 2024. As you said earlier, the last thing we want is like what happened with Reagan. We get Democrats —

RUSH: No. No. We got exactly what you want! (sigh) Reagan’s VP that ran for effectively his third term.

Out of time. I gotta go here. I misread the clock. I’m sorry about. Darn it.