Poll: Only 34% of Americans Know Hillary Paid for Dossier

RUSH: Here’s that polling statistic I was looking for: Only 34% of voters know that the dossier was paid for by Hillary Clinton. Only 34%. Sixty-four percent think the FBI knew it was unreliable, but only 34% know that Hillary paid for it. 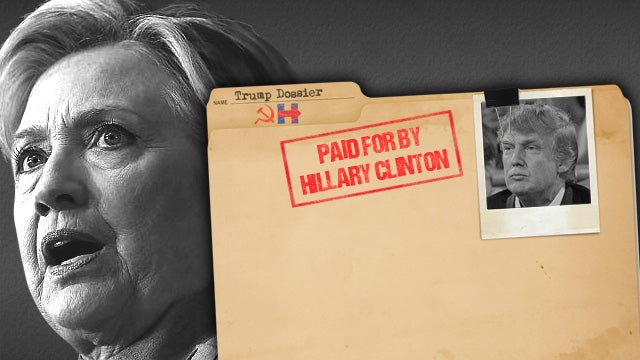 Okay. So if that’s the case, then how do you get to the number, the next number that’s of note here, only 34% of voters know that the dossier was paid for by Hillary Clinton’s campaign. Those two numbers seem strange. The 34% ought to be higher. If 64% think the FBI knew that the dossier was a pile of crap when they were seeking spy warrants, then how do only 34% know why it’s a pile of crap? It’s really puzzling.

But the point is I think the Democrats rely on their own internal polling, and I think the Democrats’ internal polling is also showing things similar to this. And I think it’s another reason why they are so rattled. Now, I realize I’m being redundant about this, and I apologize. The only reason I’m being redundant is because I’m really trying to impress upon you just what a gigantic shock and disappointment and outrage this is to them and how they cannot adapt, cannot get over it, they can’t let it go, they can’t adjust to it. They’ve got to make it work somehow. And I think the fact… This just… In every direction of this story they look, they see gigantic failure, and they’re not used to failing in smear campaigns and campaigns to destroy political opponents.

The Democrats and the media working together have an amazing success rate. The fact that they haven’t even laid a dent on Donald Trump is just driving them crazy. And then when they see polling data like this, what they are seeing is a gigantic media fail. It’s got to be driving them nuts here. And I think it’s part and parcel of why we are seeing what we’re seeing. Donald Trump covering up…