What Nobody Said on Cable News This Morning

RUSH:  So the press secretary at the White House has put out a statement, and the person who sent me the statement says, “Oh, ho hum. This isn’t gonna matter a hill of beans.  Whoopee-doo. Whoopee-doo. Wish it was true, but it’s not.”  But it is!  This statement from Sarah Sanders is the statement, but it is being overshadowed by a narrative.  I actually got so damn frustrated watching even Fox News this morning. I’ve gotta be very careful; a lot of friends there.  I’ll explain this in just a second. 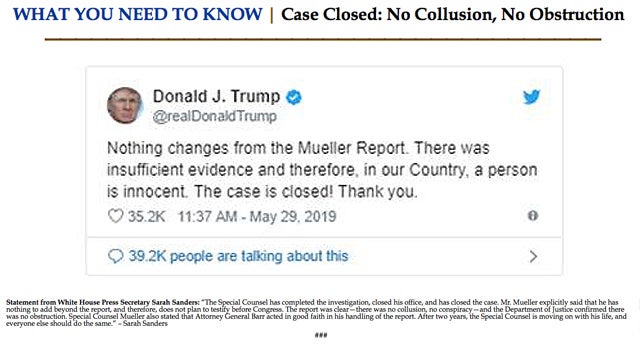 But here is the Sarah Sanders statement: “The special counsel has completed the investigation, closed his office, and has closed the case. Mr. Mueller explicitly said that he has nothing to add beyond the report, and therefore, does not plan to testify before Congress.” That is the bombshell, folks.  I have to tell you.  In the real world, with the narrative up to today, that’s the bombshell. Because, again, the context leading up to today is that Barr has been covering up what Mueller found! 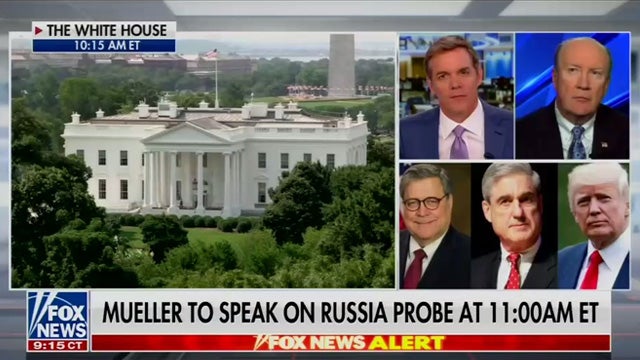 Pardon me for being passionate about this, but I’m about to explode with all this.  That has been the narrative, and Mueller today blew it to smithereens!  Mueller said (summarized), “There isn’t anything else. There isn’t anything that’s not in the report, and I’m not testifying to anything that isn’t in the report.”  That is the bombshell, that all these Democrats who think that there is hidden evidence were just told to go pound sand.  But then Mueller, in order to cover up his bombshell, starts talking this nonsense.

“If we had confidence the president did not commit a crime, we would have said so,” which kind of nullifies what he just said here that there’s nothing beyond what’s in the report. “I have nothing else for you.”  Oh, and then he throws in, “But look, if we had the evidence the president didn’t do it, we would have said so.”  This is about obstruction, by the way.  He said, “The report is my testimony.”  I’m sorry, that’s the bombshell today.  There isn’t anything else, and Sarah Sanders’ statement here is right on the money.

“Mr. Mueller explicitly said that he has nothing to add beyond the report, and therefore, does not plan to testify before Congress. The report was clear — there was no collusion, no conspiracy — and the Department of Justice confirmed there was no obstruction. Special Counsel Mueller also stated that Attorney General Barr acted in good faith in his handling of the report. After two years, the special counsel is moving on with his life, and everyone else should do the same.” 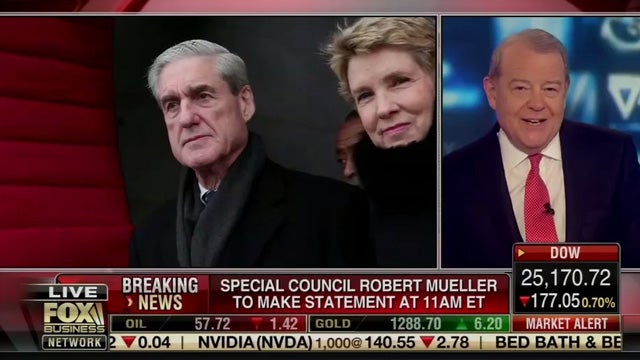 That’s it!  That ought to be the operative statement.  But it isn’t.  So I checked the email during the break.  There’s a lot of frustration out there.  This is an email that pretty much covers some of what else I’m getting.  “Dear Mr. Limbaugh:  Here’s what I don’t understand.  There are reams of evidence that there was a coup going on and that our government was actively trying to reverse the outcome of an election and get rid of the president with all sorts of illegal methods.  I know all about them.  I’ve listened, I’ve watched, I’ve read all this information over two years.

“Why in the hell isn’t it out there?  Instead, people are silent. They’re not reporting the evidence. Republicans in Congress are The Walking Dead; it allows this whole thing to continue.  It needs to end, and the Republicans in Congress need to end it this week.”  This is in reference to all of the facts that we have about the illegalities that took place in this so-called investigation: The FBI planting spies, the use of spies, informants.  We know that the dossier was totally made up.  It’s political opposition research paid for by Hillary Clinton.

We know that it was the only, quote-unquote, “evidence.”  Why isn’t that out there?  Well, it’s a great question.  That part of it is, it’s gonna be out there if and when the president declassifies all these documents.  What happened on TV today in the hours after the media learned that Mueller was gonna make a statement at the Justice Department, is great illustration of what our media has become. (sigh) It’s gonna be difficult for me to nail this precisely in terms of conveying to you how I actually think about it, feel about it.

So Mueller… Again, remember the context.  The context is that the Democrats want to talk to Mueller because Mueller, they think, has more to say, and that Barr is somehow covering it up or not letting him testify, whatever it is. But they want to talk to Mueller, to get Mueller up there to testify.  Okay.  So now we got this shock announcement today that Mueller is gonna issue a statement at the Department of Justice.  When was that, Mr. Snerdley, about 9:30.  So we had about 90 minutes advance time.  In those… (interruption) 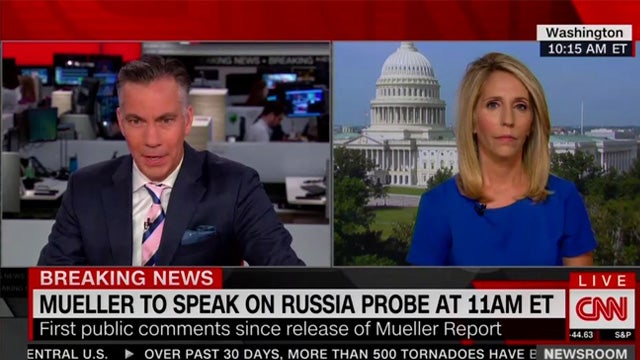 Which is that 488 pages a couple weeks ago, 500 witnesses — a thousand, gazillion, million documents — people’s lives ruined, people in jail, people in solitary confinement, people financially wiped out.  “Is Mueller gonna tell the truth?  Is Mueller gonna go rogue?” And then, of course, “No, no, Mueller is not gonna go rogue.  If Mueller was gonna go rogue, he wouldn’t be doing his press conference from the Department of Justice.  He’d be doing it from St. Kitts in an invisible cave where he couldn’t be found afterwards.”

St. Kitts is an island in the Caribbean, for those of you in Rio Linda.  It could have been St. Thomas, but take your pick. He would have been somewhere, Venezuela, where they couldn’t indict him.  But, no, he’s not gonna go rogue because he’s at the DOJ.  “But wait! But wait! Barr’s out of town.  Barr’s in Alaska!  Oh, my God.  Does Barr know?  Barr… (sputtering) Oh, my God.  And Comey!  Comey had an op-ed in the Washington Post yesterday, and here comes Barr.  Oh, my God.  Could this be a giant conspiracy?  Could this all be a giant thing here and they’re gonna get Trump finally?”

This is what it was.  Oh, there was another one.  “Well, you know, the only other time that Mueller ever said anything publicly was when they had to refute a story in BuzzFeed that Michael Cohen had evidence that Trump had done whatever and he was gonna get sent to jail for it, and Mueller had to come out and say it wasn’t true.  So maybe, maybe Mueller’s gonna come out today and say that what they’re saying — what this Michael Wolff guy is saying — is wrong; that, no, no, no, we didn’t have three indictments drawn up. 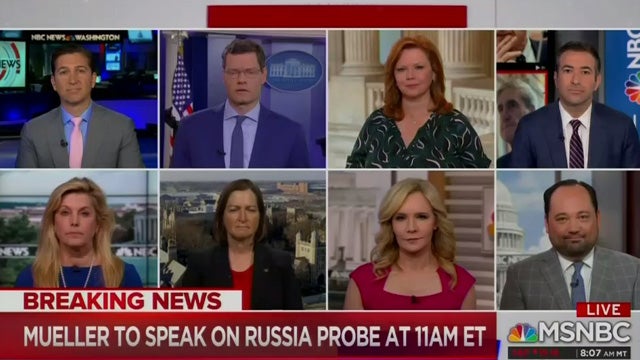 “No, no, no, no.  They’re just gonna come out and refute Michael Wolff.  No, he can’t do that.  I don’t think Mueller’s gonna go rogue.  I think Mueller’s gonna come out and basically just say, ‘That’s it. There’s nothing more and we’re moving on here.  Who knows?'”  And it’s all that mattered.  There could have been a nuclear bomb on a feces pile in San Francisco and they would not have broken in on the analysis of what Mueller was gonna say to cover it.  Kim Jong-un could have called a press conference, “I love Donald Trump and I’m destroying all of my nukes tonight,” and they would not have broken in to cover it.

So you ask, “Why doesn’t the truth of this come out?”