Trump Didn’t Change His Hairstyle for the Queen!

RUSH: Trump’s new hairdo. I have seen the version of Donald Trump that you saw in the news media yesterday and the day before, whatever, last night, today. Four times this year alone. And I’ll tell you when it happens. After a round of golf. 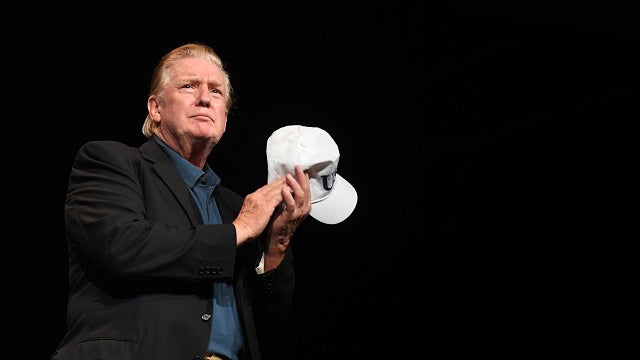 Now, when I saw this yesterday, video of Trump showing up at the church, I saw he still had his golf shoes on and the slacks that he wears playing golf. He doesn’t wear a suit on the golf course, and he had on a blazer. And his hair looked the way it did. What happens when you play golf, folks, for those who don’t know, you sweat out there, and Trump wears a cap, either wears a Trump cap, a MAGA hat, or some kind of cap.

And once you spray your hair and put a cap in there, you create helmet hair. So you’ve gotta do something with your hair after you finish. You can’t just take off your cap and go, especially if you’re gonna be meeting the public, ’cause it just looks weird, matted down, bad.

So Trump goes to the restroom and combs the hair spray out of his hair. Moistens it a little bit and then walks into the Grillroom or wherever you’re having post-round beverages, snacks, or what have you. And that’s what happened yesterday. It’s simply what his hair looks like with the hair spray combed out of it. Nothing more to it than that.

A lot of people said, “Wow, Rush, Trump’s changing his hairstyle for the queen.” No, not changing, because he got out of the limo today to meet the queen, and he looked like he always looks. It’s just what happens to somebody that uses hair spray after four or five, six hours wearing a cap, maybe sweating profusely. You gotta comb the hair spray out. That’s all it was. He went, obviously, straight from the golf course to the church yesterday. 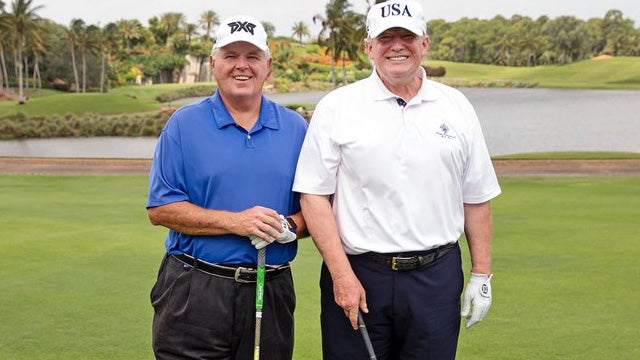 I look at this and it really is fascinating. When you know something and why something is and look at other people who are clueless and they see something and have to start speculating or guessing and how nobody gets it right: “Trump Changed Hairstyle for the Queen.” That’s a minor little thing. Why would Trump change his hairstyle for the queen?

But just the fact that it was aimed at trying to say that Trump is not genuine, that Trump is insincere, Trump’s faking people, what have you. The aura or the caricature that they have created for Trump, they just try to plug all of these things into it to build on the idea that Trump is this loon, uneducated, unsophisticated scumbag that just is a national embarrassment. And everything gets plugged into that narrative by the Drive-By Media.