RUSH: The insanity continues to pile up. The unbelievable, disbelievable continues to pile up. Bleacher Report, which is a sports magazine/sports website, is reporting, “Multiple NBA teams…” For those of you in Rio Linda, that’d be the National Basketball Association. “Multiple NBA teams have had ‘high-level conversations’ about getting rid of the term ‘owner’ because it’s racially insensitive.” TMZ Sports is the source of this. You see, most of the players in the NBA (most, not all) are African-American, and they are making multiple millions of dollars a year.. 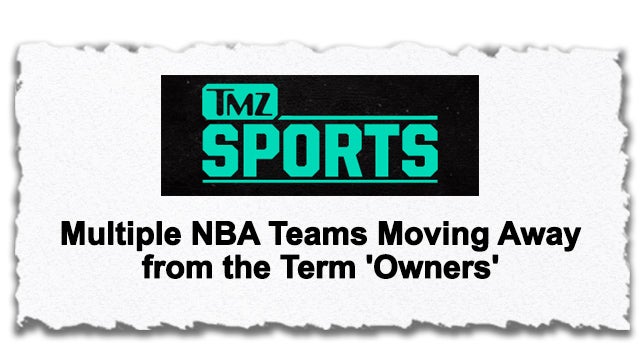 And yet they apparently are feeling oppressed and nervous when the people that own the teams for which they play, the people that pay them, when they are called “owners” it conjures up all of the fearful memories of the days of slavery that all of these players have escaped from. Except, wait! Not one of them have ever been slaves. But I guess this is the latest attempt by the left to enforce the notion that America still is a slave state, that nothing has really changed about America. That America is, thus, unjust, illegitimate, and unqualified as a worldwide superpower.

The concept of American greatness and exceptionalism? No! We can’t have that, because we’re in the process of tearing down the United States, and we’re gonna rebuild it into some great socialist utopia which will have none of these evils that we were founded with. Now, I’ve had people tell me over the recent past that when I have gone off on this riff that what the left really wants to do is not reform the country, because they don’t think it can be.

I mean, once the original sin of slavery is there, you can fix it; you can eliminate it. You can do that. (impression) “But you cannot eliminate it, because it was always there and it’s always going to identify who this country is because that’s who we were. And so we’ve got to tear down the concepts of the principles of the American founding.” Every time I get into this, I have some people — not everybody but I have a lot of people — say, “Wow. You know, you’re really going over the edge on this.”

I cite these examples like this: Can’t call the owner of an NBA team an “owner” because it makes the players, what? Feel like they’re slaves? You have to be trying to do all this. You know, by itself, by itself it’s just a little humorous standalone item. When you add it to all of the other things that the Democrat Party and the American left is attempting to do, it’s just the latest in a very concentrated effort to denigrate this country in the minds of as many people as possible.

RUSH: Here’s Mary, Portland, Oregon. I’m glad you called. Great to have you with us on the EIB Network. Hello. 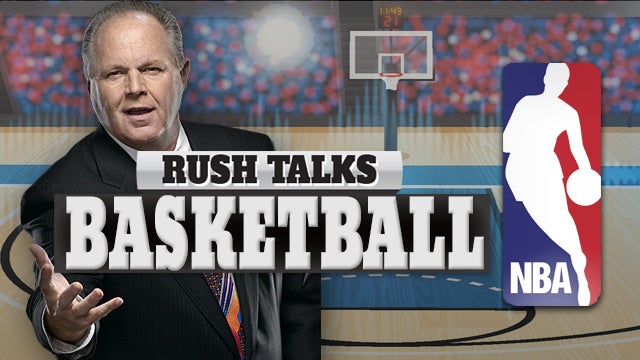 CALLER: Hi. I’m calling about the story about the NBA team owners not being able to call themselves “owners” anymore because supposedly it would make black team players feel like they were being owned.

CALLER: The fact of the matter is, the players are employees. You know, so there’s no oppression there, and it’s part of a bigger problem that apparently the left has. They’re looking for oppression everywhere and they just can’t find. It’s just like Jussie Smollett. You know, he wanted to be oppressed. But gee whiz, there was nothing there, so he had to make it up. And it’s just showing up more and more everywhere —

RUSH: You know, this is exactly right.

CALLER: — and I think it’s time someone gave it a name.

RUSH: This is exactly right. You’ve got a great point. They can’t find any of this stuff, so they gotta make it up — and then after they make it up, they have to try to sell it to people as real, which is what this is.

CALLER: I think it’s time for us to give it a name, and I think I’ve got one for you. It’s “oppressturbation,” the act of simulating oppression when you can’t get the real thing.

RUSH: Uh, run that by me again. Oppress what?

CALLER: “Oppressturbation.” Simulating oppression when you can’t get the real thing.

RUSH: What is it a…? What word forms the root there? What is it a derivative of, oppression?

CALLER: Well, it’s a derivative from people getting sexual pleasure when there’s nobody else around.

CALLER: Right, because it’s something that the left and these grievance hucksters want. But there’s none of it around, so they have to simulate it themselves.

RUSH: Yeah. I’m just trying to help people in all realms of the audience understand your point.

RUSH: Oppressturbation. It took me awhile to get to the root there, and I finally did. Thank you for being honest about it.

CALLER: Yeah. The thing about it is, I think it gives it the credibility —

RUSH: (interruption) Of course, I knew psychological orgasms. I know we’re talking about the dream. You know, livin’ the dream.