The Fed Signals They’re Going to Help the Economy

RUSH: So the Dow Jones Industrial Average, it’s up 451 points right now. It is surging. And there’s a reason why, supposedly. Stocks are surging, climbing back from a big rout in the past month after Federal Reserve chairman Jerome Powell signaled that the Fed was open to easing monetary policy to save the economy and as trade tensions eased amid comments by the ChiComs and Mexico.

So basically what the Fed is signaling here is that they’re gonna be flexible with interest rates, and they will not raise rates to choke off what they think is a too rapidly growing economy, that they will lower rates, they will ease — I love these financial terms — they will ease pressure on this if needed and, folks, this is exactly what the ChiComs and Mexico need to hear. They need to hear it.

I guarantee you that part and parcel of these trade talks — do not doubt me on this – part and parcel of the trade talks going on between Trump and the ChiComs and the Mexicans is that the ChiComs and the Mexicans are both believing that Trump is an island and his country doesn’t like him and with the Democrats trying to throw him out of office and the Republicans not really doing much to stop it, I mean, that’s not fair.

The Republicans are pretty much letting the Democrats own the news cycle. The Democrats are defining Trump. And the Democrats are portraying Trump as alone and pretty much surrounded. And this is serving to, shall we say, encourage and strengthen — in other words, if you are Xi Jinping and you are the head ChiCom ChiCom, why should you make any kind of a deal with Trump if he’s not gonna be around, if his country doesn’t want him?

If the leaders of the government don’t want anything to do with Trump, why should you make a deal? Just be patient and wait, and whoever the replaces Trump will not be the same kind of guy as Trump and will be much more likely to cave to us. This is what the ChiComs are hoping. The Mexicans, same thing.

And you can’t blame them. They read the news. They look at the news. They see the constant disparagement of Trump in the media. They see the never-ending criticism and the slander and libel. And you couldn’t blame them if they think Trump’s not long for the world. So why make a deal with him? Especially when the likelihood that whoever replaces Trump is not gonna be nearly as hard line, is gonna be very eager to make a deal with us.

And the ChiComs will be able to go on as they have by beating us to the tune of $500 billion a year with the trade deficit and the Mexicans are gonna go on and be able to behave with doing nothing to stop illegal immigration, not help us on the asylum question.

And so the Fed coming out and announcing that they will take whatever steps needed to make sure that United States remains strong economically, this is exactly what Xi Jinping and Obrador in Mexico need to hear. They need to hear that Trump is, essentially, going to be supported and that whatever economic fluctuations occur because of Trump’s stance with those two countries are going to be backed up by the Fed. 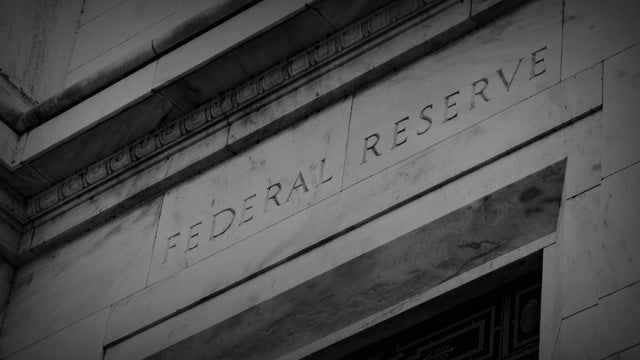 Now, we’ll see what actually happens, but the Fed needs to demonstrate that it’s not gonna put its thumb on economic scales the way Lynch and Comey and Mueller and others have put their thumbs on the scale of justice. That just remains something that was completely, totally outrageous.

Just as important, this is what American voters need to see and hear. After the massive abuses of power of Hillary and Obama, we need to see the government we paid for playing it straight. After eight years of Obama, well into Trump’s first term, people can be forgiven for expecting the worst.

Why are you raising rates, Mr. Fed chairman? The economy’s not going that great that you have to slow it down. Why slow it down? Especially in the current state of negotiations on trade with the ChiComs and the Mexicans. And the stronger the economy of course, the more upstream the Democrats have to swim in the 2020 election.

I’ll tell you, this amounts to a refocus, Washington being refocused on the Trump agenda which is good for America and Trump has been crucial to seeing to it that this focus takes place, the focus has reemerged. So we’ll see if it holds, but this is actually good news. I kind of cringe when the market reacts here, the market reacts that, how to make the market react in such ways. But I think this is probably legitimate because interest rates are something that send them through the roof or through the floor. And this announcement is good all the way around because it inspires confidence for the long term.