RUSH: Did you see this? This is a tweet from TheHill.com. “Michelle Obama to lead female celebrity dodgeball team in ‘Late Late Show’ face-off.” Now, wait a minute. I thought dodgeball had been banned because it’s scary, it’s exclusionary, it’s dangerous, it causes concussions and then CTE and then Parkinson’s and Alzheimer’s disease. And not everybody’s as good at it as other people are so it’s unfair. So I thought dodgeball was actually the epitome of many evils the Democrats see throughout society all rolled into one game.

It was just last week — that’s right — it was just last week dodgeball was declared a game of oppression, a game of bullying. Have you ever played dodgeball? I played dodgeball in, what was it, grade school, junior high. It was fun. You got people lining up throwing these balls that are about three-fourths, three-quarters the size of a basketball. They’re hollow. They’re rubber. They throw ’em at you. You’re lined up against the wall and you have to dodge the ball. If the ball hits you, you’re out. 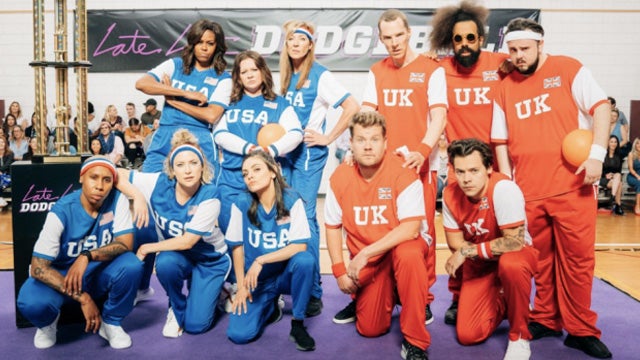 And then people of color were being targeted. Dodgeball was just, ooh, it was mean, it was horrible, and of course not everybody got to play because not everybody can throw the dodgeball in a way that’s guaranteed to hit somebody. So it was banned.

Now here comes Michelle (My Belle) Obama captaining a team, female celebrity dodgeball Late, Late Show face-off. Imagine, my friends, if a high profile Republican were to go against the cultural grain like this in such an ostentatious way. Imagine the outrage. Imagine another former first lady behaving this way.