BAIO: Good, my friend. I want to thank you for straightening out that whole situation with Make America America Again. That was my line from the Republican convention and Joe Biden ripped me off. 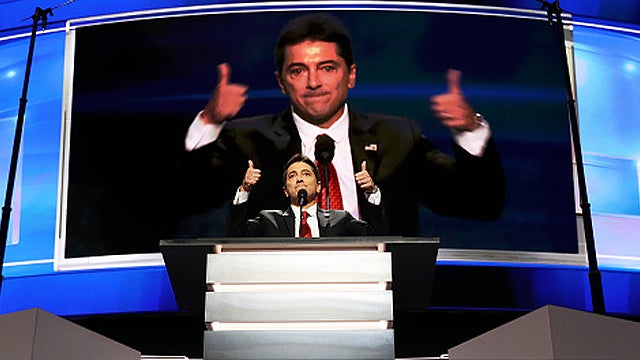 BAIO: Yeah, yeah, yeah. Avenatti’s not running for president and I used that line to help President Trump and Biden’s using it to hurt him.

RUSH: Yeah, you were speaking at the — what day did you speak — it was at the convention in Cleveland. It was July —

RUSH: Scott Baio here is who said Make America America Again, and you were trying to add to Trump, trying to help Trump Make America Great Again, and then Avenatti came along and ripped it off and then Biden ripped off Avenatti and now Avenatti is saying (imitating Avenatti), “Okay, Biden, go ahead and use it since my presidential run’s on hold right now.” (laughing)

BAIO: (laughing) No. No, no. He’s sort of done, I think, Avenatti. And Sleepy Joe is trying to use that line to hurt the president. And it’s upsetting to me.

RUSH: Well, seriously, we’ve got about a minute here. What’d you think of Biden? Did you see him yesterday?

BAIO: No, I did not see him yesterday. I sleep enough at night, I don’t need to sleep in the daytime as well. I got an 11-year-old that likes to — 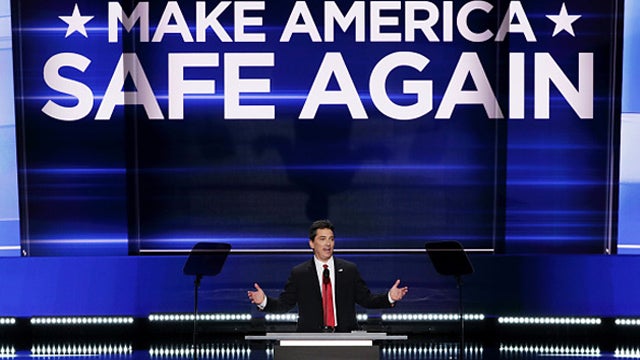 RUSH: Well, I understand that. He was different. He was shirt sleeves, no jacket, there was no oratory, it was a conversational thing. The crowd I don’t think was very big. They never showed the crowd and it was a hand-held mike and they were trying to make it look like it was au natural and so forth.

You’re a professional in the business. I wanted to get your take on it because I had people telling me the Democrat Party people were gonna swoon over it, but I haven’t seen any swooning! I actually haven’t. I’m kind of surprised that after promising he was gonna eviscerate Trump, there hasn’t been any coverage of evisceration. Scott, I’m glad you called. Credit all due you on the invention of that phrase.