RUSH: Look, this is gonna pop up.  I have to tell you, this story… I do not understand this story at all.  When I was first presented this story, I said this is fake news.  This is not just fake news, this is a hoax.  But it’s in the Washington Post.  It’s in Reuters.  (paraphrasing) “Here’s the upshot of this. Kellyanne Conway, senior adviser to President Donald Trump, repeatedly violated United States law by making political comments while serving in the White House and should be removed from the federal workforce, says the U.S. Office of Special Counsel.” Quote, “Given that Ms. Conway is a repeat offender and has shown disregard for the law, the office of special counsel recommends that she be removed from federal service for comments made in television interviews and social media posts,” the office said in a statement. 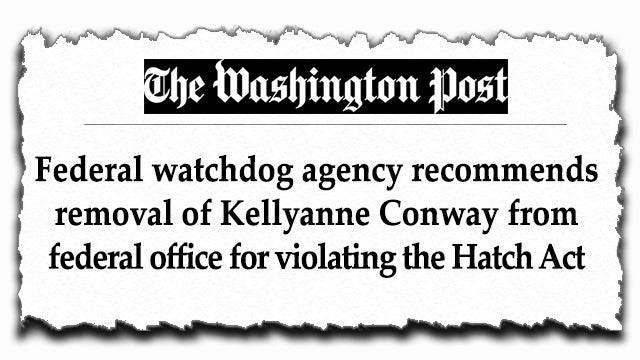 Now, the office of special counsel has been shut down, the case is closed, and Mueller has closed up shop, and they’re all gone.  The rental for the office space is over.  Furthermore, the Hatch Act?  Are you kidding me?  (paraphrasing) “Kellyanne Conway repeatedly violated U.S. law by making political comments while serving in the White House…”  Who the hell doesn’t make political comments serving in the White House?  (paraphrasing) “And should be removed from the federal workforce, the U.S. Office of Special Counsel said.”  Maybe this is a different office than the Mueller Office of Special Counsel?

Honestly, when I saw this, when it was first presented to me by an eager beaver staffer.  I looked at it and said this is a hoax.  This is absolute planted fake news.  But he said no, it’s in the Washington Post.  They’re not above falling for it.  (Indecipherable) An independent federal agency at the U.S. Office of Special Counsel, independent office of… Oh, so not the same thing as Mueller. 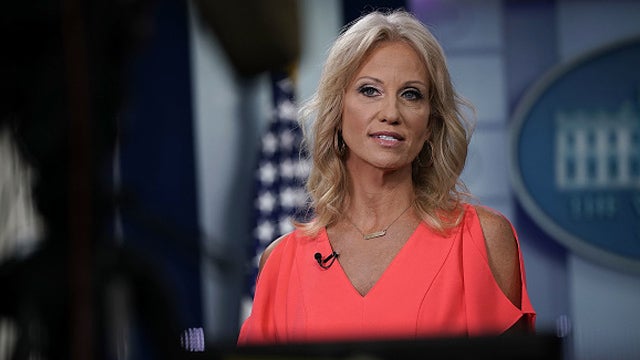 Okay.  All right.  The Hatch Act.  You know, Kellyanne Conway has violated U.S. law by making political comments serving in the White House.  She’s a presidential adviser.  I have to wait and see how this shakes out.