RUSH: Here’s John Brennan. Here’s the setup. So much of this stuff has been predictable. Brennan the former director of the CIA for Obama back on MSNBC. These guys have renewed life now. They’ve been totally discredited and disqualified in the Mueller report, but now that Trump has come out and said he would accept foreign data, they’re back claiming to be as needed as ever.

The question from Chris Matthews: “The president talked about getting dirt about Hillary Clinton from Norwegians. I assume they are a neutral power. What’s the difference between getting information from the Norwegians and getting it from the Russians?” The Norwegians and Russians didn’t give anybody information. Look at how we’re talking about this. Anyway, here’s Brennan’s answer.

BRENNAN: I can see that the Russians and others would be using cutouts in third countries and with their contacts in those governments and say, “Here is information that really needs to get to Mr. Trump about one of the Democratic candidates or the person who’s going to be the candidate in November of 2020.” The Russians are not just going to come in sort of directly. 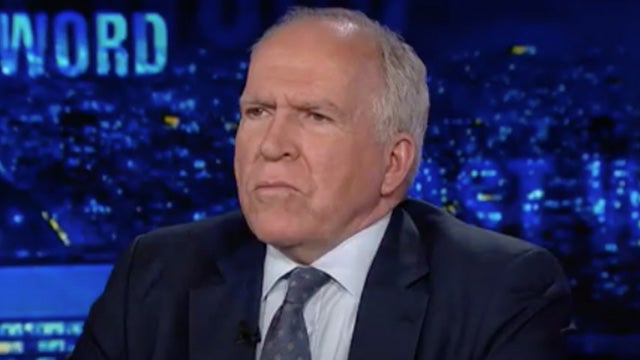 But I think, according to Mr. Trump, you know, he would wait, he’d listen, and then he might decide, you know, if there was something wrong, that he might go to the FBI, but he would use that information. And I don’t know which list of countries he’s thinking of that’s okay to accept from, but clearly this is contrary to our tradition as well as to our laws.

RUSH: See. Here we go. Contrary to our traditions, contrary to our values, contrary to our laws, while these people subverted all of that, lying to the American people. Brennan is part of the cabal that was lying like the media was every day for two years about Trump colluding with Russia. But that’s not a violation of our values. That doesn’t upset our traditions at all. That’s not a problem within the context of our laws. No, no, no, no, no. But Trump speculating that if somebody in Norway called him with some information on a corrupt ski jump that he would talk to ’em?

Trump’s not allowed to do that. Trump makes the mistake, does he not, of thinking the justice’s department’s his own personal law firm. Trump makes the mistake of thinking the attorney general is his own personal lawyer. There’s a boundary, the president cannot cross it. The president cannot go to the DOJ and tell ’em what to do, he can’t tell ’em to prosecute.

Kamala Harris has been part of the chorus saying that. And now here she is saying that if she’s president, the Justice Department would prosecute Trump ’cause she’d make it happen, but Trump has to stay away. Trump’s it is not allowed to do that, but she’ll do it? These people are so conflicted and hypocritical, it’s impossible to keep track of all of it.