The Deep State Positions Itself to Police All Republican Campaigns

RUSH: Yeah, so, you see what they’re setting up here. You are Donald Trump, or in the future you are a Republican presidential candidate, and somebody on the Democrat side decides to arrange a phone call to you from somebody from Norway, the Dominican Republic. You’ve got somebody calling you from a foreign country offering you dirt on someone. You are supposed to immediately call somebody like Peter Strzok. You’re supposed to call somebody like Andrew McCabe or James Comey, and you are to report it.

When did this start? 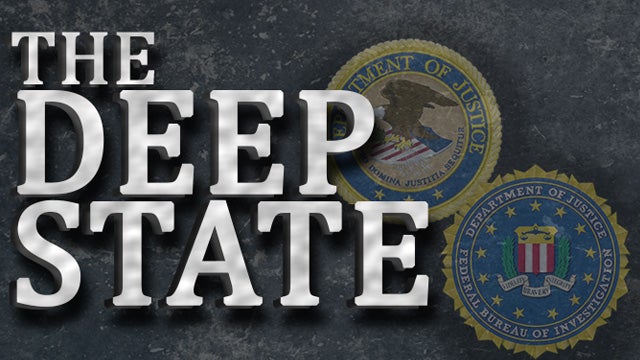 When did this start that the FBI is the arbiter of permissible and impermissible campaign material? When did this start? I tell you when it started. It started right now. It is started by the media and by the Democrat Party, and it started in the attempt to overturn the election results of 2016. So now we have two things going forward that the Democrats and the media hope to make SOP, standard operating procedure, for when the Republicans… Actually, three things. When a Republican is elected president, it’s automatically illegitimate.

We elect them state by state. It was not close, and yet Donald Trump is under suspicion from the moment he’s elected because what? Because the media and the Democrats say so. That’s it. The Democrats say so, the media follows in line — and immediately, what happened? Trump is accused of cheating with Russia. Russia obviously was very afraid of Hillary Clinton. They didn’t want any part of Hillary. (impression) “She’s so tough. She’s so smart. She would outsmart Putin; Putin knows it. Putin wanted a stooge in there, so he wanted Trump.

“And so Putin helped Trump beat Hillary. All the polls showed Hillary was gonna win. Everybody knew Hillary was gonna win. It had to be cheating!” There couldn’t be a legitimate way Trump won, you see? Then the investigation begins, and we have a guy over here (in this, case, named Mueller) who’s gonna sit there in daily investigation of a sitting and duly elected president. Then we find out that to make sure this doesn’t happen again, we have to have a daily investigation of the sitting Republican president.

And whenever a Republican presidential candidate gets any kind of material on his opponent that might be useful — which is gonna be the key. If he gets any information on, say, his opponent (in this case, Joe Biden or Crazy Bernie), he is obligated to call the FBI and get it cleared. And then the FBI is gonna determine whether or not that is real, usable, legitimate information — and the FBI will then be able to determine whether or not the Republican candidate can use it.

And if the Republican candidate does not call the FBI after receiving questionable information from foreign sources, then the Republican candidate is automatically suspected as a political criminal — which will then justify an ongoing investigation, should this candidate win. The chilling effect of this is exactly what’s going on here. There is nowhere in our past anywhere where it is the presumption of any candidate to involve the FBI at any stage of a campaign, after having just collected or developed any kind of opposition research.

This story about Algore getting some debate briefing book for his opponent and he immediately called the FBI to bring them in on this? You know, that involved theft. That involved the theft of actual property that did have political ramifications. But I’m gonna tell you: I wouldn’t be a bit surprised if we were to learn that that was a setup even back then. How hard is it gonna be in 2020 during the presidential campaign for some…? In fact, it happened, folks! The entire Trump Tower meeting was a setup. The Russians were setting up not Hillary but Trump.

The Russians had a nefarious reason for it. They were campaigning with Trump on the theory he might win. So they had this adoption thing that affected Russians that they were worried about and they wanted changed, and that’s why they really wanted to talk to Trump. But they set it up. They got the meeting by calling Trump Jr. “Hey, we may have some dirt on Hillary Clinton from the highest levels of Russian government.”

So Trump Jr. says, “Hell, I’ll listen to that!” So the Trump Tower meeting happens and it becomes obvious in 30 seconds that there’s no Hillary dirt, and so the meeting is disbanded, and the Mueller report spent two years trying to develop legitimate dirt on that to try to prove Trump and Russia were colluding. When, in fact, they figured out that this meeting was a hoax. They had had no intention of offering dirt on Hillary, and they wanted help on some piece of legislation. The point is, everybody involved canceled the meeting, walked out of it.

Nothing happened, and there wasn’t any dirt. That was a setup. Because the woman lawyer who set that up talked to Glenn Simpson of GPS before that meeting and reported in to Glenn Simpson (Fusion GPS, who hired Steele to do the dossier) afterwards. So all of these things that the Democrats are now claiming are very, very bad, they set up! They did it. They had a hand in all of this. It really is kind of surprising, in a way, that Trump did remain unscathed because of all the efforts to dirty him up.

I mean, the FBI’s trying to get informants hired, like Stefan Halper and a couple of other people. They’re trying to get them hired in the Trump foreign policy advisory team. The Russian lawyer was a client of Fusion GPS — the Russian honeypot, Veselnitskaya, or Veselnitskaya, whatever her name was. Glenn Simpson met with her immediately before and immediately after that meeting. He gave her guidance going in and he got a report afterwards. The whole thing was a set-up.

Exactly the kind of thing the Democrats are warning about, they’ve already run these scams. They’ve already run these operations. The idea that the FBI gets to determine or is somehow now required to be brought in immediately whenever a candidate thinks information is strange? Trump told Stephanopoulos, “This is crazy. It’s information. Why do I have to call the FBI? I don’t have to call anybody in here. This is just information. I’ll decide whether it’s any good or not. Nobody ever calls the FBI on this stuff.”